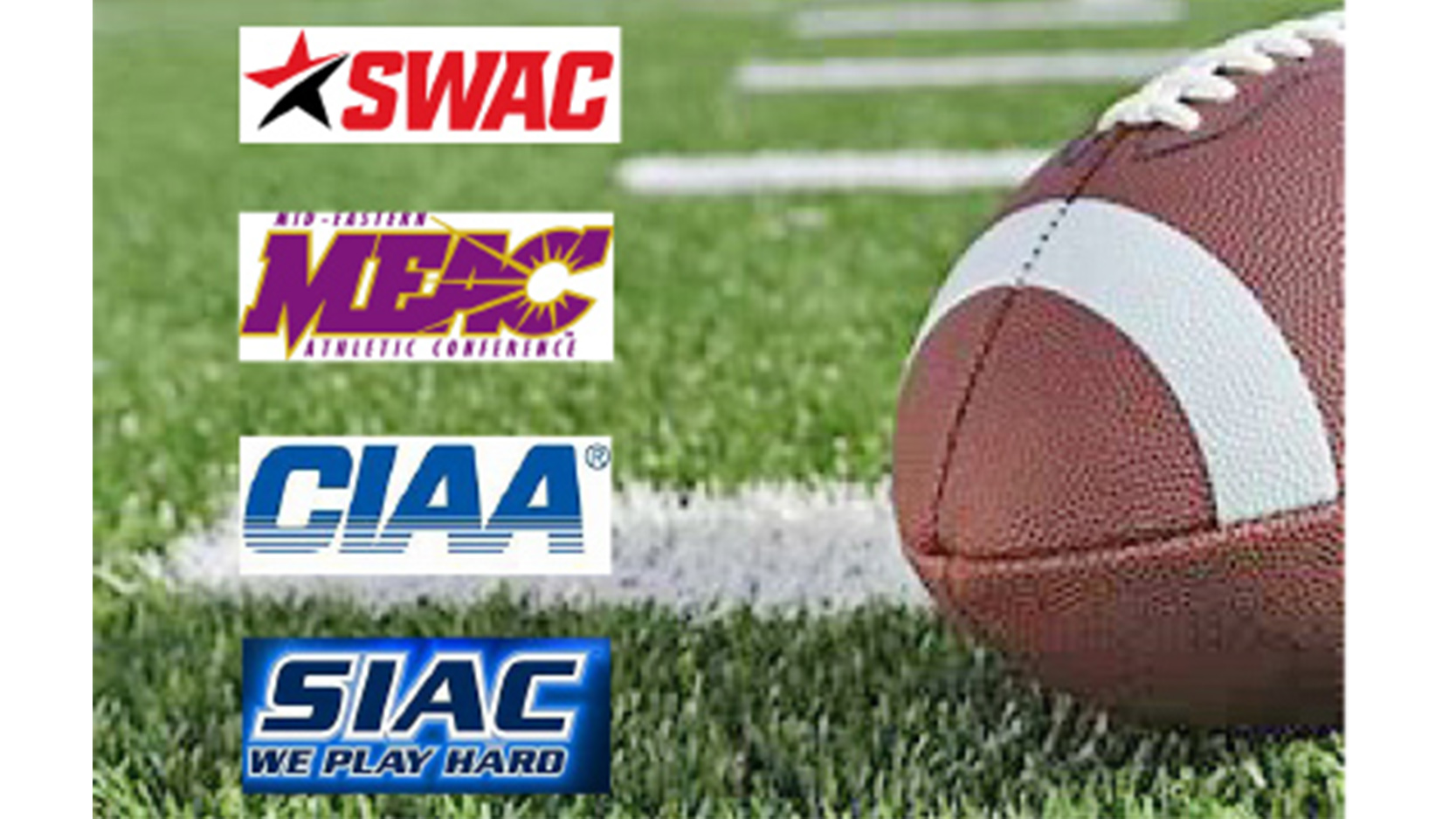 Dramatic shifts in the HBCU football landscape since the spring 2021 season ended have altered the look and feel of the upcoming fall season and breathed new life into HBCU schedules.

The changes and developments have infused fresh blood into league play and heightened the week-to-week intrigue in conference races.

In the SWAC, the debate is on.

Which has been more impactful, the breakthrough championship wins in the spring of Alabama A&M in the East Division and Arkansas-Pine Bluff in the West or the addition of new members Bethune-Cookman and Florida A&M?

Most would opine that adding perennial Mid Eastern Athletic Conference (MEAC) contenders B-CU and FAMU constitutes the greatest powershift in the league. That opinion is buttressed by the fact that their placement in the East moved division champ Alcorn State to the West. The Braves had won the last six East Division titles prior to sitting out the spring.

Alcorn State’s absence opened the door for Alabama A&M to win the East title and get its first league championship in 12 years. Head coach Connnel Maynor’s Bulldogs and others in the East will no more have to play second fiddle to the Braves. The gates are now open for a new king of the East and B-CU and FAMU will certainly be among the contenders.

The team making the most noise in the East however is Jackson State. That’s because JSU head coach Deion “Coach Prime” Sanders, as most know, plays second fiddle to no one. He has been leading the pack in terms of hype and headlines. With what some say is a haul of 85 percent new players, many from the FBS ranks, Coach Prime and the Tigers have thrust themselves into the championship picture.

Florida A&M head coach Willie Simmons and Coach Prime and the Tigers jump right into the East Division fray with a season-opening match up Sunday, Sept. 5 in the Orange Blossom Classic at Miami’s Hard Rock Stadium.  There hasn’t been a season-opener of this magnitude, carrying this much weight in years.

From 1933 to 1978, the OBC was the must-see game of. the season and was the de facto postseason black college national championship game. This renewal of the classic is a must-see game to kick off the season.

Bethune-Cookman also has an early baptism into the SWAC East. After opening on the road at UTEP (Sept. 4) and Central Florida (Sept. 11), the Wildcats host defending champ Alabama A&M on Thursday, Sept. 16. On Saturday, Sept. 25 they travel to face Alabama State.

FAMU has Grambling for homecoming (Oct. 30), plays on the road at Southern (Nov. 6) and UAPB (Nov. 13). The big SWAC East closeout comes in Orlando at the Florida Classic on Nov. 20 vs. Bethune-Cookman.

A new day in the SWAC West

In addition to its six straight East Division titles, Alcorn State had prevailed over West Division titleholders in four of the last six SWAC Championship games. The move of Fred McNair’s Braves to the West threatens to break-up the near monopoly Grambling State and Southern have wielded in that division.

It’s a monopoly that first-year Arkansas-Pine Bluff head coach Doc Gamble and his Golden Lions upset in the spring. Eric Dooley’s Panthers of Prairie View A&M were right on UAPB’s heels. All of a sudden, Southern, who has a new coach in Jason Rollins, and Grambling, who was winless (0-4) in the spring, don’t look so formidable.

Alcorn State opens its West Division foray Sept. 23 at reigning champ Arkansas-Pine Bluff. On September 25, Grambling will try to get its first win against Prairie View in four years, after playing its first three games on the road (Tennessee State in Canton, Ohio, at Southern Miss and at Houston).

Southern has four consecutive SWAC home games late in the season, beginning with Alcorn State on Oct. 30, before its season-ending battle in New Orleans (Bayou Classic) with Grambling.

Two-time defending champion North Carolina A&T was the third team to pull out of the MEAC. The Aggies take up residence in the Big South Conference beginning this fall after Hampton left the MEAC and joined the Big South two years ago.

What this portends for the Aggies is a slew of new opponents, new venues and challenging match ups. The Big South has football teams in Pennsylvania (Robert Morris), New Jersey (Monmouth), Alabama (North Alabama) and Georgia (Kennesaw State).

Additionally, the Aggies, after spending four of their last five postseasons in the Celebration Bowl, are again eligible for the FCS playoffs.

The new menu: Some old, some new

Opening with road battles against Furman (Sept. 4) and Duke (Sept. 110) and a home date against old MEAC rival North Carolina Central (Sept. 25), A&T gets its first taste of Big South competition against another new member, Robert Morris, at home of Oct. 2. Dates on the road in Florence, Alabama at North Alabama (Oct. 9), in Kennesaw, Ga. at Kennesaw State (Oct. 16) and at Hampton (Oct. 23) follow.

The most anticipated Big South battle for the Aggies however will take place at GHOE, A&T’s Greatest Homecoming on Earth. That is when they match up with the two-time defending conference champion Hawks of Monmouth.

The biggest schedule change in the MEAC is that each of the six remaining teams has at least six out-of-conference games.

South Carolina State is the odds-on-favorite to prevail in the MEAC now that B-CU, FAMU and NC A&T have departed. If they are to do so, Buddy Pough’s Bulldogs will have to survive a five-week gauntlet of non-conference opponents.

They open at SWAC champion Alabama A&M (Sept. 4), a team that easily handled them (31-7) in the spring. They then journey in-state for an unenviable match-up (Sept. 11) at ACC power Clemson, ranked No. 3 in preseason FBS polls. The Bulldogs next head out west (Sept. 18) to Alamogordo, New Mexico to face another FBS “outfit,” as Pough would say, New Mexico State.

They get a week off before returning home to face tough former MEAC member Bethune-Cookman (Oct. 2) and then hit the road again to face another former MEAC nemesis, Florida A&M on Oct. 9.

An Oct. 16 homecoming match against Morgan State is the first MEAC game for the Bulldogs. The five-game MEAC schedule is interrupted for a match-up at now Big South member NC A&T on Nov. 13.

Norfolk State is the second choice in the conference and opens with its six out-of-conference games out the gate. The Spartans, under new head coach Dawson Odums, open MEAC play on the road at Howard on Oct. 23 and finish the regular season at home vs. SC State.

Adding the names of Allen University and Edward Waters University to the SIAC ledger this season brings that league’s total to 11 football-playing institutions. Their admittance to the conference will likely mean divisional shifts in the future but for now they are just added to the schedules.

Edward Waters is eligible for conference championships right away while Allen has a few more hurdles to clear.

Savannah State (East) and Miles (West) enter as preseason favorites with Miles getting some love at the back end of a couple of Div. II national Top 25 polls. Both have tough openers.

There was no movement in or out of the CIAA though there were some rumors. Turns out they were just that.

Bowie State (North) and Fayetteville State (South) have won their divisions and met in the last two championship games. They are expected to make it three in a row. The BSU Bulldogs under Damon Wilson are two-time defending champions.

BSU’s chief challengers in the North have been and likely will continue to be Chowan, Virginia State and Virginia Union. The Bulldogs will face the three in successive weeks in October on the road at Chowan (Oct. 9), at home to Virginia State (Oct. 16) and at Virginia Union (Oct. 23).

The battle for South Division supremacy usually comes down to Fayetteville State vs. Winston-Salem State on the last weekend of the regular season. This season’s game is at FSU on Nov. 6.

But conference head coaches and SIDs shockingly picked Shaw and Johnson C. Smith to finish ahead of the WSSU Rams this season. That is sacrosanct in Rams’ country. The Rams’ S. Div. revenge campaign starts with an Oct. 9 date at JC Smith.

Eddie to the rescue

Tennessee State’s hiring of former NFL all-pro running back Eddie George as its new head coach certainly has people buzzing. So does the list of assistant he’s hired.

Well, the Tigers and their new coach will be showcased in some early season clashes that could indicate whether these seasoned former pros are making a difference.

The first test for TSU is Sunday, Sept. 5 in the Black College Football Hall of Fame Classic in Canton, Ohio vs. Grambling State. The game will be broadcast on the NFL Network.

A week later (Sept. 11), George and the Tigers are back in the spotlight (on ESPN3) taking on Coach Prime and the Jackson State Tigers at the Southern Heritage Classic at the Liberty Bowl in Memphis. The game usually attracts in excess of 40,000 fans but may sell out the 58,000-seat Liberty Bowl this year with the two pros going at it for the first time.