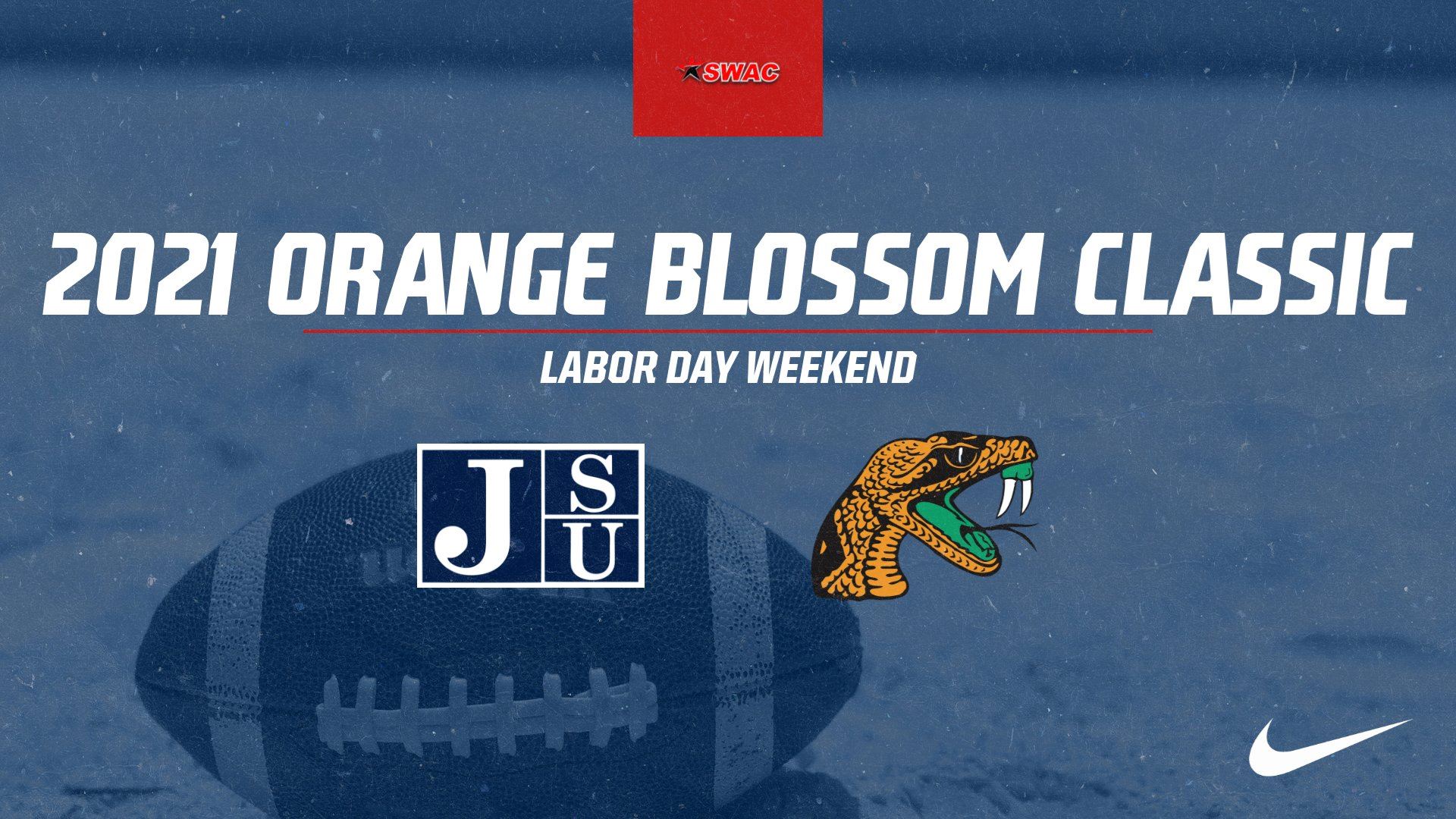 The 2021 Orange Blossom Classic will serve as FAMU’s intro to the SWAC.

Jackson State and Florida A&M have agreed to play in the 2021 Orange Blossom Classic over Labor Day weekend at Hard Rock Stadium, home of the Miami Dolphins from the National Football League (NFL) and the Miami Hurricanes who play in the Atlantic Coast Conference (ACC).

The match-up will also count as a conference game and will be the season-opener for both programs.

“We are very excited about playing Florida A&M in the 2021 Orange Blossom Classic,” said JSU Vice President & Director of Athletics, Ashley Robinson. “It’s going to be a great way to officially welcome FAMU into the Southwestern Athletic Conference. Our student-athletes are going to love the experience of playing in Miami. This continues to prove that the Jackson State brand is amongst the strongest in the nation.”

JSU’s selection to play in the Orange Blossom Classic continues a recent trend of traveling to various locations across the country.

In 2019 the program played in the MEAC/SWAC Challenge in Atlanta, the Circle City Classic in Indianapolis and its annual trip to Memphis for the Southern Heritage Classic.

JSU and FAMU are scheduled to play in a non-conference game September 12 in Jackson.

JSU leads the series 10-7-2 and has won the previous two games in the series. This will be the fourth meeting since 2000.