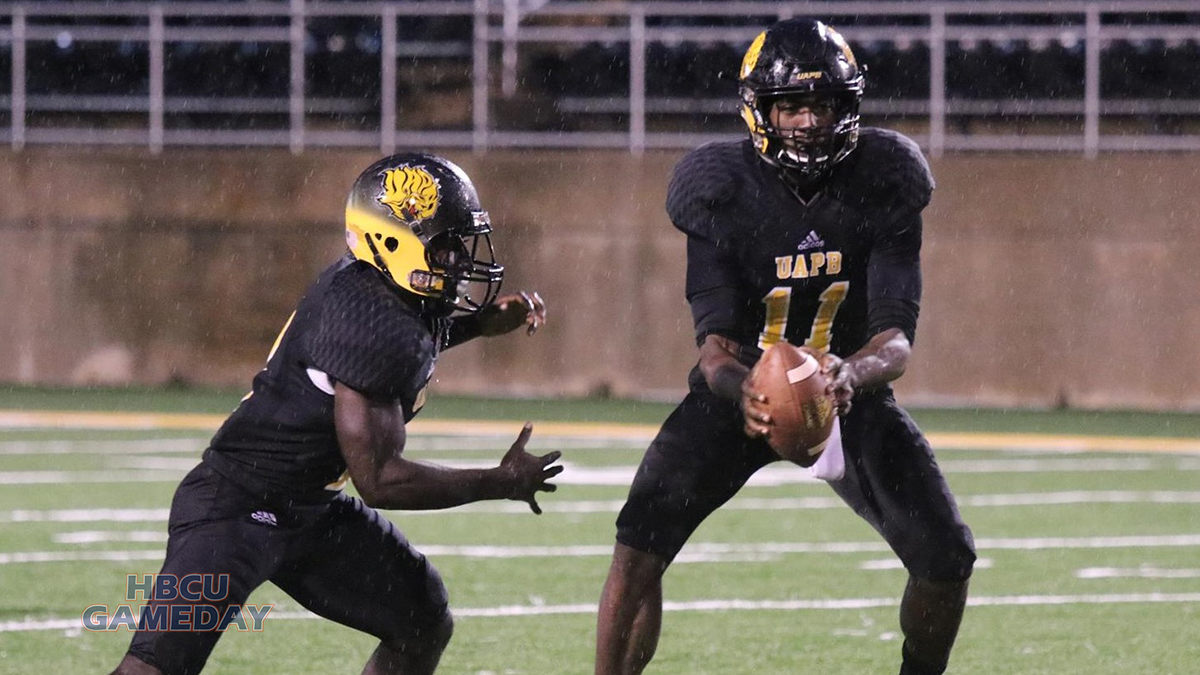 It’s been a long time coming, but UAPB is back in the SWAC Championship Game.

UAPB quarterback Skyler Perry accounted for three touchdowns in the quarter, two in the air and one with his legs, to ignite his squad. Defensive back Jalon Thigpen picked off two passes by PVAMU quarterback Trazon Connley, who was picked off three times in total.

Prairie View jumped out to a 7-0 lead when Cannley threw a 28 yard pass to K. Simmons. UAPB field the game on a scoring pass from Perry to Henry Ballard and tied the game at 7-7. A three yard run by Tony Mullins gave PVAMU a 14-7 lead heading into the second quarter.

UAPB would go on to outscore PVAMU 20-7 in the quarter to take a 27-21 lead into halftime. Both teams were held to just three points in the third quarter, but Perry connected with Josh Wilks for a short touchdown pass that gave UAPB a 36-21 lead. Connelly would toss one more touchdown, connecting with Kalen Riles for the game’s final score.

UAPB improved to 4-0 on the season and became the first program outside of Southern or Grambling to win the SWAC West since 2012. UAPB won that division title before going on to win the SWAC as well. Southern is 4-1 after its Bayou Classic win on Saturday.

The winner of the Magic City Classic between Alabama A&M and Alabama State will play UAPB in the title game.