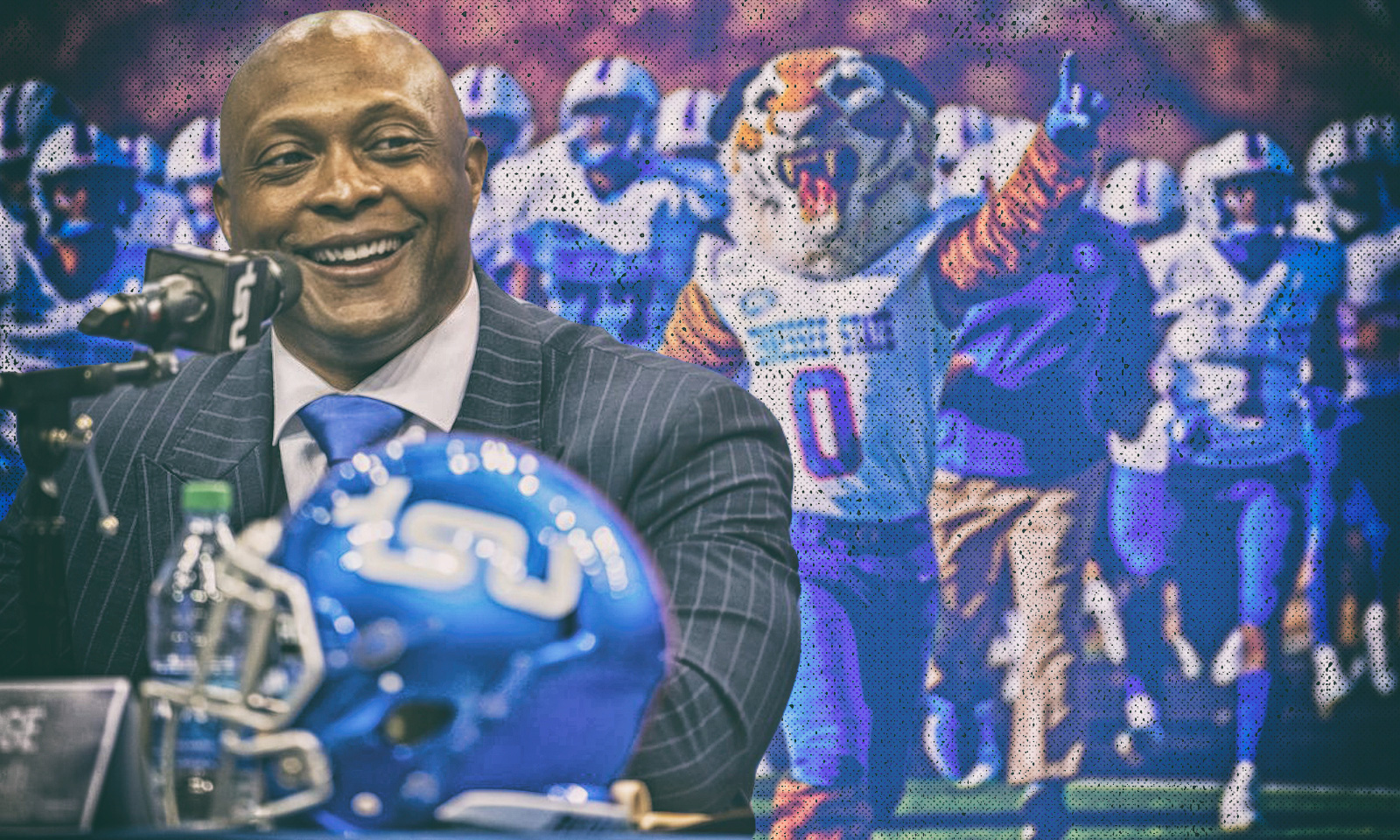 First-time head coach Eddie George will have plenty of experienced coaches surrounding him when he makes his coaching debut.

The inaugural coaching staff for Eddie George at Tennessee State is complete, and it is one heavy with NFL experience.

“I couldn’t be more excited to get started coaching our student-athletes with this staff of exceptional men,” George said via the Tennessean. “These men are all great football coaches, but they are even better men. We really took our time to make sure each one of these coaches was the right fit for our program.”

Fisher is the son of former NFL head coach Jeff Fisher, who coached George for the majority of his career with the Houston/Tennessee Oilers and Tennessee Titans.  He spent the 2020 season at Auburn as a defensive analyst and previously served as defensive coordinator at Southern Utah.

Linebackers coach Joe Bowden is a former Oiler/Titan teammate of Eddie George who has been coaching at Missouri Baptist for the last four years.

The offensive line will be coached by Mark Hutson, who has served as a senior offensive analyst at LSU. He also coached three years with the Cleveland Browns.

Defensive line will be coached by Clyde Simmons, a 15-year NFL veteran. He spent last year coaching Western Carolina’s D-line. He also has coaching experience with the Cleveland Browns.

Tight ends will be coached by Corey Harkey, a former tight end for the Rams. He previously coached at Azuza Pacific.

Veteran defensive back coach Richard McNutt will serve inn that capacity for TSU. He has previously coached at the FBS and FCS levels.

Former Marshall running back Pepe Pearson, a former Ohio State running back, will coach the backfield.

Keith Burns will serve as special teams coordinator and defensive specialist.. He played 15 seasons in the NFL and has coached with the Denver Broncos, Washington Redskins and Los Angeles Chargers.

The staff will be there to support George, who takes over with no prior coaching experience.