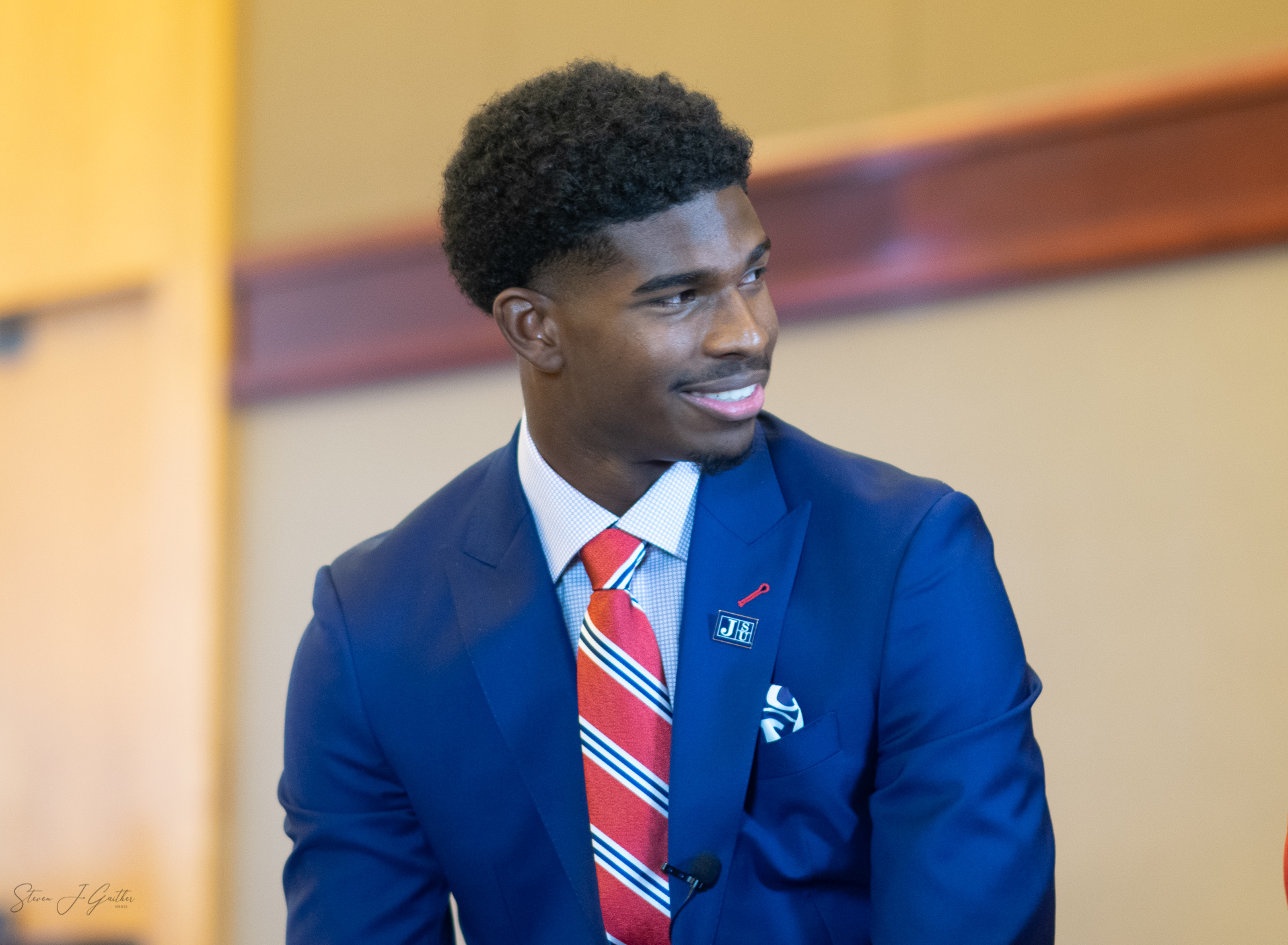 Jackson State was must-see TV during the spring SWAC football season. But Deion Sanders will have a whole new cast of characters with him.

Jackson State was predicted to finish third in the SWAC East. But Deion Sanders says his JSU program is expected to win right now.

Jackson State finished 4-3 in the 2021 spring season, losing its last three games after 3-0 start. Sanders said he learned a lot from the spring.

“I’m so darn thankful for the spring,’ he told Thee Pregame Show at Media Day. “Because if it had not been for the spring, I’d be still sitting there with a locker room full of ‘I don’t know what they are going to do when the heat is on?’ Full of dudes like that, looking at me like a deer.”

To that end, the JSU fans will see in the fall won’t look much like the one it saw in the spring.

The most obvious change will be at quarterback. Shedeur Sanders, the coach’s son and a four-star recruit is already chiseled in as stater. He will be surrounded by a horde of former FBS transfers, particularly on the offensive line and at the receiver position. Shane Hooks (Ohio), Keith Corbin (Houston) will join Corey Reed, the leading returning receiver from the spring and a former Lousiville player. He’ll have fellow 2021 blue-chippers Trevante Rucker and Quay Davis to throw to as well.

The Jackson State defense will feature standout linebacker Keonte Hampton and Aubrey Miller Jr. at the linebackers, both of which were anchors in the spring. But that doesn’t mean much, as Sanders has brought in a wave of FBS transfers on that side of the ball as well. Former four-star Abdul-Malik McClain is in from USC to compete at linebacker as is former Tennessee linebacker Nyles Gaddy. Freshman Baron Hopson figures to compete for time as well. Then there’s the defensive backfield. JUCO product De’Juan “Nugget” Newman showed real promise during the spring season at corner. He’ll be joined by former Power Five DBs in FSU cornerback Isaiah Bolden and Shilo Sanders, Sheduer’s big brother who started his career at South Carolina.

Sanders told the media that he wasn’t demanding his players get vaccinated, but he definitely recommended it. If for nothing else than the fact that having to sit out from practice may kill cut into their playing time when they can return.

“You know if you go out, you’re out for two weeks,” he said. “Now, in two weeks — it could be a Walter Payton come out in two weeks.”

Despite where it was predicted to finish, JSU knows that all eyes will be on it once again this fall. Even moreso now that the transfers the program has accumulated since Deion Sanders came on will be eligible to play. JSU will continue to get the best shot of everyone who it faces, starting with Florida A&M in the Orange Blossom Classic. The SWAC East looks to be loaded with talent and veteran coaches that would nothing more than to work those highly-regarded recruits and transfers. Time will tell how big of a leap forward JSU will make this fall.