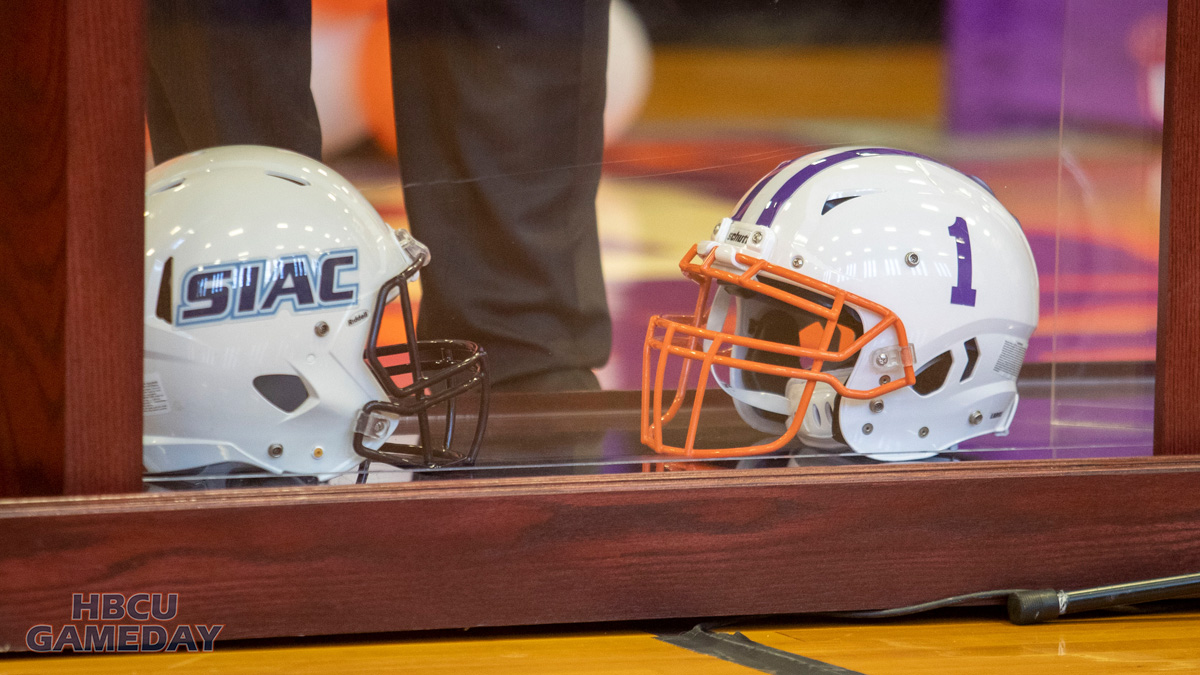 Edward Waters University has made its second big announcement in a matter of weeks.

Less than a month after becoming a university, EWU is moving up to NCAA Division II and joining the SIAC. The school announced the new moves in a press conference on Monday afternoon.

“Today’s announcement is demonstrable evidence of our progress in realizing our Eminence 2025 strategic vision and aim towards advancing our overall institutional brand and comprehensively raising our collective competitive profile through the platform of athletics,” EWU President Dr. Zachary A. Faison said. “This is a truly watershed moment for our entire university community, athletics program and our dynamic student-athletes.”

Faison said that shortly after his arrival at the school in the fall of 2018, he began to push to upgrade the athletic department and move towards NCAA membership. The application to move from NAIA to Division II is $30,000 and the board got behind the push.

Edward Waters would hire Paul A. Bryant as AD in the summer of 2019, and a few months later it showed up at SIAC Media Day.

“Our diligent work in this process has brought us to this historic moment in the long and storied history of EWU Athletics,” Bryant said in a statement. “We are overjoyed to be accepted as a provisional member of the NCAA Division II and even more so excited to be returning home to the SIAC.”

“The opportunities for success for our athletic programs are endless and we look forward to working with and competing against such storied programs in the conference.”

Dr. Faizon said the application was officially completed this January and it became official in recent weeks.

The SIAC continues to expand

As a new NCAA Division II member, Edward Waters will begin the first year of a three-year provisional process in August. When all benchmarks are met, the University will be eligible for full membership in the NCAA in August of 2024.

This will be Edward Waters’ second stint in the SIAC. It spent a decade in it before leaving in 1935. The addition brings the league to 15 schools.

Leighton Batiste, the SIAC’s Associate Commissioner of Marketing & Partnerships, welcomed EWU into the league. He also boasted of the league’s head-to-to Nike partnership and new ESPN deal, both of which he said were the largest in NCAA Division II athletics.

“This is not your grandfather’s SIAC,” he said. “Today the SIAC is arguably stronger now than it’s ever been during its nearly 108 years.”

Faison, in closing, highlighted that Edward Waters is now the only HBCU in the state at the Division II level. He made an appeal to potential student-athletes in the state to consider keeping their talents closer to home.

“Now you can stay at home,” he said. “We want you right here, in your home state where you can compete and your family can see you compete at the NCAA Division II level. We are so proud of this accomplishment for our University.”