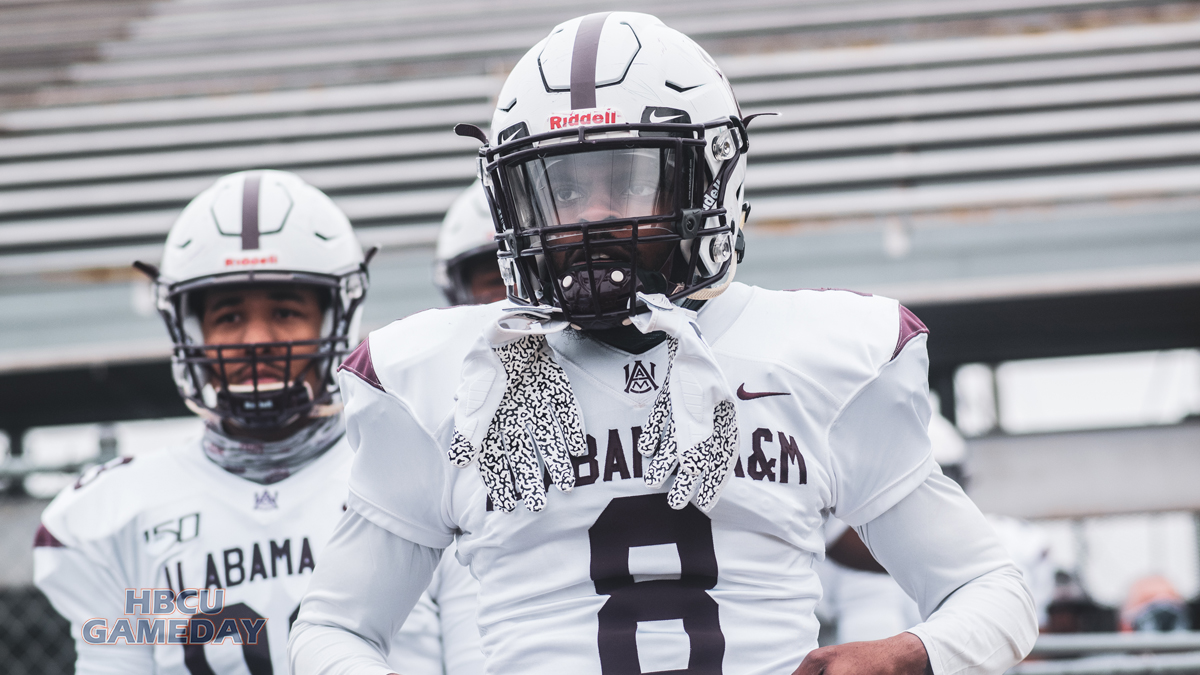 Alabama A&M came into the Magic City Classic knowing that much more than bragging rights were on the line.

The spring edition of the 2021 Magic City Classic turned into another offensive showcase for Alabama A&M.

AAMU got a tough test early from rival Alabama State but it was just too much, winning 38-14 in the Magic City Classic on Saturday night. The win clinched the SWAC East title and earned AAMU a date with UAPB for the SWAC Championship on May 1.

Senior quarterback Aqeel Glass of Alabama A&M put on a passing clinic, completing 25 of 40 passes for 372 yards and three touchdowns. Running back Gary Quarles was limited to just 43 yards on 15 carries, but two of them were first half touchdowns.

The first half of the game was a tough contest, as the two teams ended the first quarter tied at 7 and were deadlocked at 14 until just before the half. Spencer Corey’s 46-yard field goal gave AAMU a 17-14 edge going into halftime.

The second half belonged to Glass and AAMU. Glass connected on two beautiful deep strikes to Zabrian Moore in the third quarter — the first for 44 yards and the second for 38 yards — to take control of the game. Glass’ third and final touchdown pass came on a rollout that saw him hit Odieu Hilaire for a two yard score.

Moore finished the game with four catches for 138 yards to go along with his two scores. Ibrahim Abdul-Fatai caught seven passes for 102 yards.

Alabama State played the majority of the game without its starting quarterback, freshman sensation Ryan Nettles. Chris Scott replaced him, throwing one touchdown pass while completing 13 of 28 attempts.  Ezra Gray was the offensive catalyst for ASU, gaining 100 yards on 19 carries.

AAMU entered the Magic City Classic nationally ranked in the FCS Coaches poll. It is scheduled to take on Mississippi Valley next Saturday in a game that was postponed due to COVID-19 issues previously.