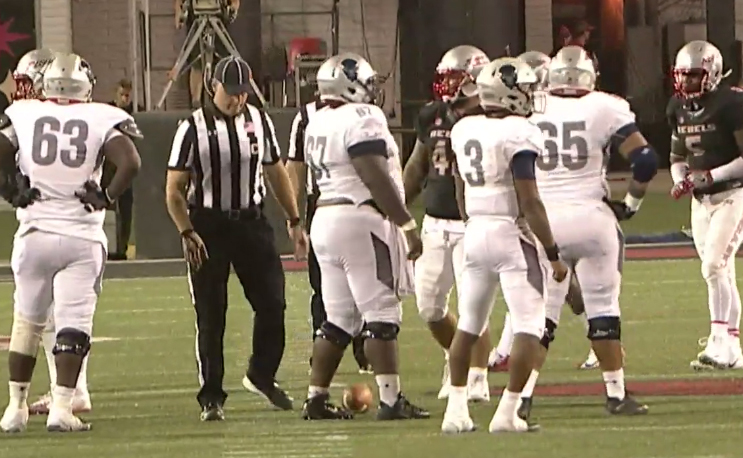 Howard pulls off a major upset, knocking off FBS UNLV.

Howard football made a lot of noise back in January when it got a commitment from Cam Newton’s brother, Caylin Newton, and brought former UVa. head coach Mike London in to take over the program basically back-to-back.

Howard, led by Newton, shocked the college football world and knocked off FBS UNLV 43-40 to open up its new era. The win has already been called “The Biggest Upset In College Football History” by betting experts as Howard was a 45-point underdog.

Newton threw for one touchdown and ran for two more, finishing with 330 yards of total offense in his college football debut. We’ll have to check the stats to see how that compares to his big brother’s first college performance.
[postBannerAd]
In any event, Howard beating an FBS opponent is something few people saw coming. I know I didn’t. It’s still early, but the Mike London-Caylin Newton era has gotten off to a sizzling start for HU.