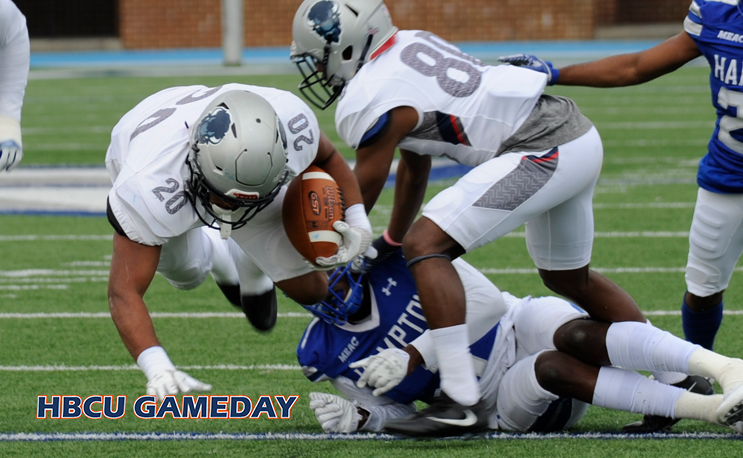 The 2017 season was one that won’t soon be forgotten by fans, students and alumni of Howard University.

As for the football team, however, it already has its eyes on next season.

Howard’s 2018 schedule was revealed via assistant coach Michael W. London Jr.’s Twitter account on Thursday. After shocking the world once last season with a win over UNLV, Howard will get a chance to go up against FBS competition twice next year as it will open the season with two consecutive road games in Ohio.

From there, Howard will begin MEAC competition on Sept. 15 against Savannah State through Nov. 11 at Norfolk State. That includes the Circle City Classic matchup against Bethune-Cookman, a game which came down to the wire last season as rookie sensation Caylin Newton scored the game-winner in the fourth quarter.

Missing from this season’s football schedule, of course, is rival Hampton. Hampton is leaving the MEAC for the Big South, leaving a big whole in Howard’s schedule. This isn’t the first time the two programs haven’t played each other as there was a prolonged stretch in the late 80s and early 90s while Hampton was still in the CIAA.

Instead of ending with Hampton, Howard will face Bryant in its regular season finale on Nov. 17. Bryant is an FCS school in Rhode Island. While a matchup against another FCS school will help Howard’s hopes at gaining an at-large bid to the FCS playoffs should it not make the Celebration Bowl it would have been nice to see one-time rival and fellow HBCU Lincoln come to Howard for

Nostalgia aside, Howard will enter the season with plenty momentum coming off last year’s 7-4 campaign in London’s first season. With Newton reporting for duty another year older and better, HU should definitely be considered a contender for the MEAC crown in 2018.