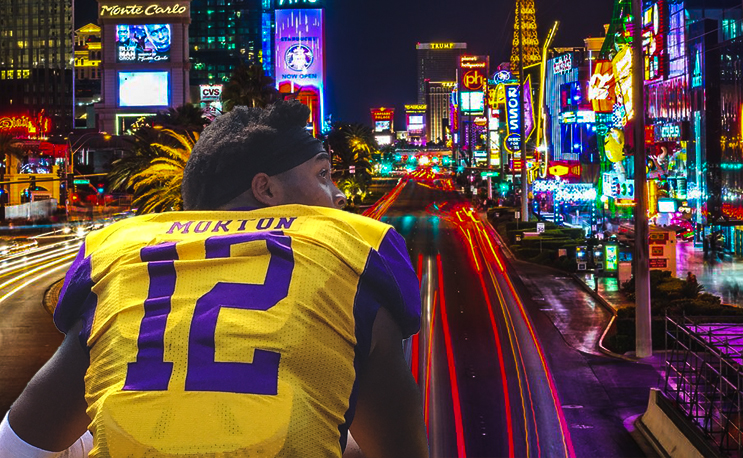 Prairie View hopes to pull a Howard vs. UNLV against all odds

A year ago, Howard pulled off a monumental upset against UNLV on the road. Can Prairie View do the same?

A year ago Howard strolled into Las Vegas and pulled the biggest upset in college football history. Led by freshman Caylin Newton on the field and new head coach Mike London on the sidelines, HU clipped UNLV 43-40 for the biggest upset of all-time according to Vegas.

This year a team with just as much firepower as Howard will stroll into Las Vegas but this time the Rebels are ready. The #DooleyEra at Prairie View has started off on a good foot for Panther fans. The team sits just 1-2 but the Panthers have been in every game they’ve played this season as was a play or two in both losses from winning both.

UNLV will be Prairie View’s fourth straight non-conference game away from home but the Panthers come into Saturday’s contest expecting to win just like they’ve expected the last 3 weeks. Speaking of the last 3 weeks, a star by the name of Dawonya Tucker has exploded on the scene for Prairie View with two straight 200 yard rushing games and 542 total yards on the season. He’s averaging an amazing 10.2 yards per carry average. Tucker currently leads the nation in rushing and now he and the

Panthers face a UNLV struggles stopping the run. UNLV was able to get a 52-24 win a week ago against UTEP and in week the Rebels competed strongly against USC which shows us that this UNLV team is much improved from a year ago. UNLV has a dominant ground game of their own so the Panthers must stop the run to give them any type a chance of an upset.

Prairie View is the best 1-2 FCS team in the country right now, having lost heartbreakers in the fourth quarter to FBS Rice and an FCS powerhouse in Sam Houston State. Despite what has been a solid start for PVAMU, UNLV is once again the heavy favorite to beat the HBCU. According to ESPN’s matchup predictor, there is a 95 percent probability that Prairie View will lose this game.

Of course, UNLV shouldn’t be taking an HBCU team lightly after Howard, so its likely that Prairie View will be the best 1-3 team in the FCS after this weekend.

Prairie View hopes to pull a Howard vs. UNLV against all odds