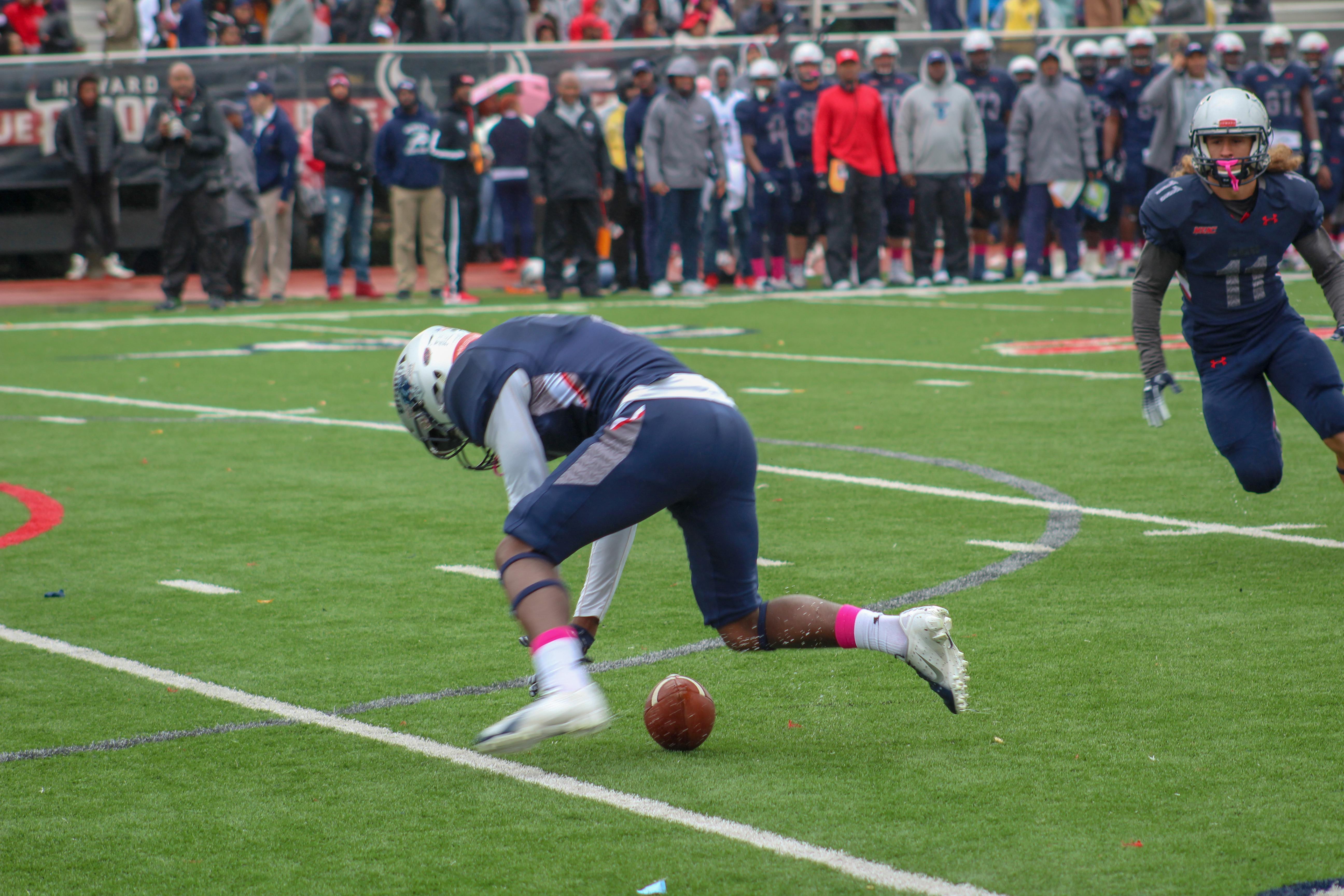 With Coach Mike London leaving Howard for the William and Mary opening, the future success of the team is in limbo.

If your team scored 55 points, it’s most likely a good day. For Howard, hitting that mark on Saturday was emblematic of its roller-coaster ride of the last two seasons.

HU’s 56-55 loss to Bryant capped off a disappointing end to a very underwhelming season. It finished the season 4-6, fifth in the MEAC. The season’s finish is a snapshot of the exciting but eventually disappointing Mike London era for the Howard football program.

Coach London’s team burst onto the scene last year with the biggest college football upset of all time against UNLV. The next week, they almost beat another FBS team. They went 6-2 in the MEAC and those two losses were close. Only by ten combined points. Everything seemed to be set for the Bison and most people felt the same. They were projected to finish second in the MEAC Pre-Season poll with good reason.

Despite two early nonconference losses, Howard started 3-1 in the conference. They scored at least 35 points in during the first four MEAC games while Caylin Newton was putting up serious numbers. But during the Morgan State game, he had his worst performance against any MEAC team. SC State took advantage and shocked Howard on homecoming. For the second straight week, Mr.Newton had less than 250 total yards, which is rare.

But as the Bison struggled, they returned back to form by beating Florida A&M; thus derailing the Rattler’s season. But again, the Bison faltered by losing the last two games. A loss to Norfolk State not what the Bison needed as the MEAC title picture was wide open during the last three weeks of the season.

To be quite honest, the Bison did not live up to their expectations this season. The Bison’s inability to play a full team game hurt the season. Here’s are some examples.

Newton threw for over 2,629 yards and 22 touchdowns. He ranks first in the conference in both categories. He ranked first in total offense and even ranks in the top ten in rushing as well. Their offense clicked and took advantage of what the defense gave them at times. The Bison led the conference this season in first downs and third down conversions.

The Bison played inconsistently this season as a whole. At the Circle City Classic, Howard stopped BCU during the last few minutes of the game. The following week, they allowed 40 points from an average NC Central team. On the road against a firey Morgan State team, the Bison defense shut down Morgan as the offense dropped 15 points in the fourth quarter.

But the next week, Tyece Nick from SC State did what he wanted with the Bison defense. The offense was nowhere to be found until late in the second half. Some promise was shown as the Bison shut down FAMU in the second half, only allowing six points. But the dropped the ball during the last two games, allowing over 400 total yards in the process.

Their 56-55 defeat to Bryant is just a repetition of what Bison fans have seen this season. The Bison came into this season with a lot of fanfare. The excitement was around the program and major wins over Florida A&M helped boost that excitement. But as the hype came, it was only smoke and mirrors as the team fell to mediocre opponents and failed to dominate teams that they should have dominated.

The mission has run its course. Mike London is leaving #Howard and headed to William & Mary according to reports: https://t.co/al01K7FNwS pic.twitter.com/gbexV5XQrf

And with Mike London leaving Howard for the William and Mary opening, Howard will have some big choices to make about the direction of its program. Will it go with another big-name, former FBS coach, or give an upstart a chance? To be sure, there is talent left behind, much of it from the staff that preceded London and Co. Newton, Ezzard and Kyle Anthony are all talented players, but we will soon see if the talented recruiting class was committed to HU or London.