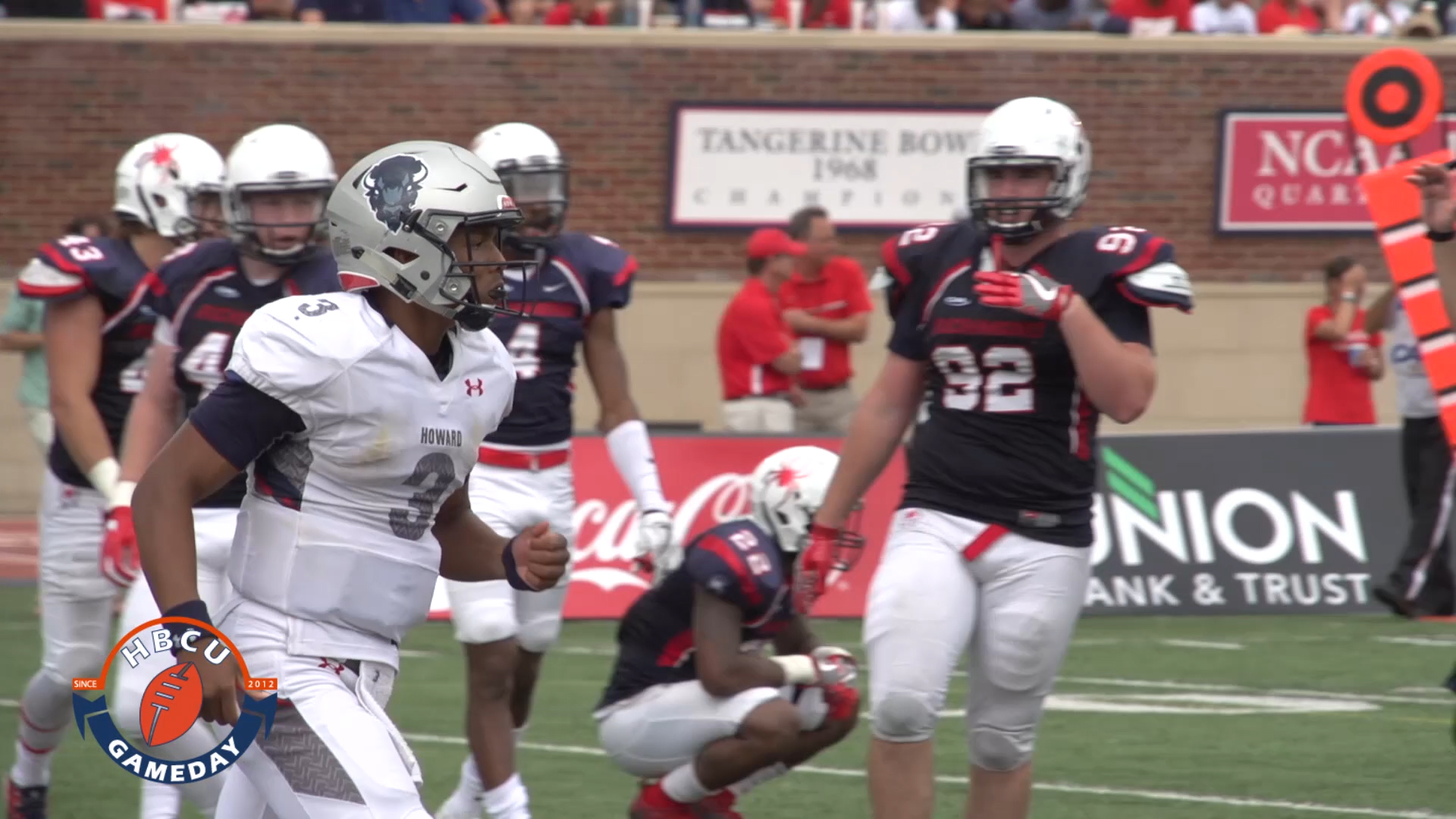 The Jerry Rice Award is still up for the taking and three freshmen from the MEAC are in the running.

STATS announced the initial watch list for the award, given to the top freshman in FCS football. Howard quarterback Caylin Newton, North Carolina Central running back Isaiah Totten and North Carolina A&T defensive back Franklin “Mac” McCain are all in on the list.

Newton engineered a 43-40 upset of UNLV in his first collegiate game, considered by many to be the biggest upset in college football history. The 5’11, 195 pound quarterback has put together a solid season so far, completing 52 percent of his passes for 1,549 yards and nine touchdowns. He’s also second in the MEAC in rushing with 542 yards and has nine touchdowns on the ground as well.

Totten has been a solid contributor to North Carolina Central this season, beating out seasoned backs like Ramone Simpson and Dorrell McClain for touches early in his career. He’s rushed for 542 yards and four touchdowns, including an 81-yarder against Duke in his first collegiate game.
[postBannerAd]
McCain is already perhaps the most feared corner in the MEAC this season. The redshirt freshman leads the MEAC in interceptions with a total of five through the first eight games of his college career.

The award, of course, is named after the former Mississippi Valley State star who went on to become the greatest receiver and arguably greatest pro football player of all-time.