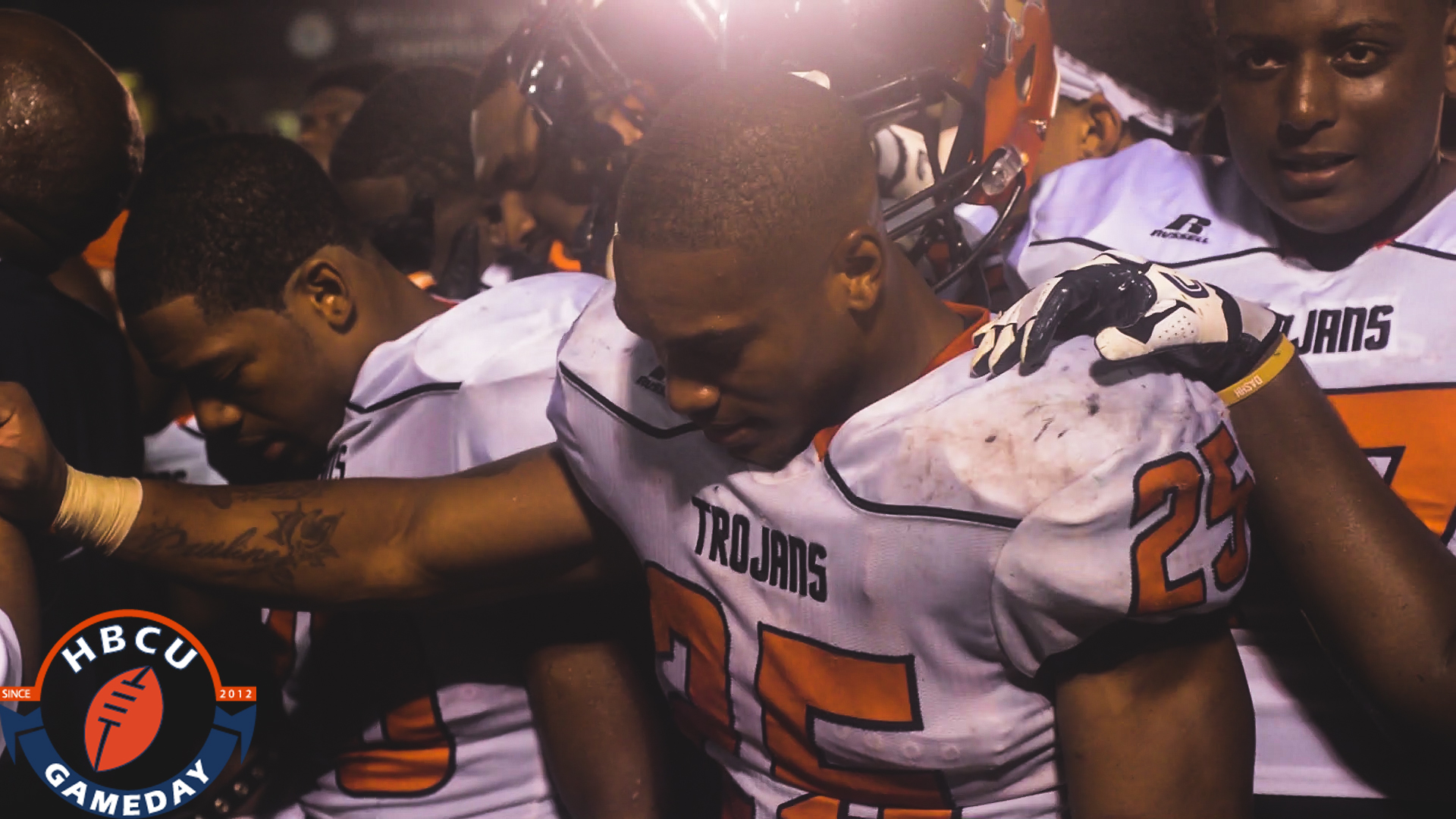 Virginia State pulls off the upset against Norfolk State.

The Labor Day Classic is back in a big way, and even a torrential downpour can’t stop it. Virginia State weathered a literal storm of rain and a figurative one of turnovers and penalties to upset FCS rival Norfolk State 14-10 at Dick Price Stadium on Saturday evening.

The win was the first for VSU against NSU since 2005, and it owed much of that win to a stingy run defense and running back Trent Cannon. VSU held NSU to just 98 yards rushing while Cannon ran for 145 yards.

“It feels good,” the Hampton native told HBCU Gameday. “I worked all summer. I worked all winter. It paid off.”

Quarterback Cordelral Cook had a solid day on the ground, scoring both VSU touchdowns. He also threw two interceptions and was part of a bobbled play in the endzone that allowed NSU to score its only touchdown of the game.

“We were sloppy,” Reggie Barlow told HBCU Gameday after the game. “We have a young team. Our center is a freshman, a true freshman. We had some other guys playing in their first time so we held a few times on some big plays.

VSU was penalized 14 times for 195 yards, but it’s offense got out of its way just enough to score twice and the defense held NSU at bay in the fourth quarter and the result was a win that they will treasure a long time.

People will look at this game as an upset just based off NCAA Division, but like many other rivalries in the HBCU world, this is one that goes deeper than that or conference affiliation. Virginia State is the older of the two schools, and NSU was once a part of the Virginia State University system. While Hampton may be NSU’s rival by distance and conference, VSU and NSU are practically blood, and Saturday the older brother got a chance to show little brother he can still bust a move.

The week prior to the game the two schools engaged in a giving challenge to see which school’s supporters could raise the most funds. Norfolk State raised over $300,000 and VSU raised over  $90,000 so both schools have something to cheer about. And, at its essence, that is what HBCU football is all about.