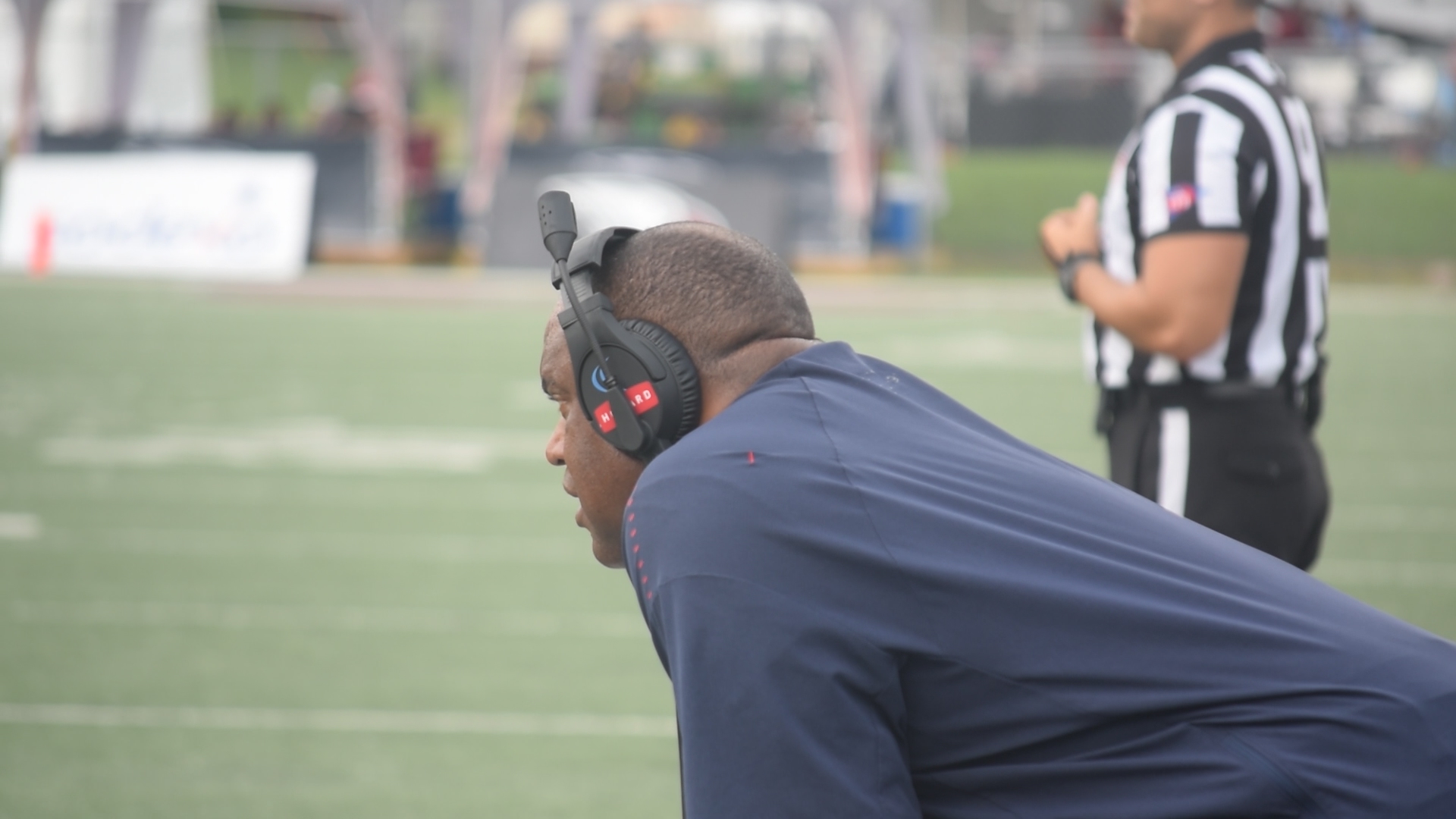 Is Mike London preparing for his Howard exit after just two years?

Mike London’s second season with Howard might have been his last as an FCS opening in his home state could be his soon.

Is the Mike London Era at Howard University coming to an end after just two seasons?

Howard coach Mike London is rumored to be the top candidate for the job opening at William & Mary, according to FootballScoop.com. W&M is looking for a replacement for Jimmye Laycock, who is retiring after 39 years as the head coach.

This news comes just hours after Howard finished its season with a 56-55 loss to Bryant. It finished 4-6 in Year Two under London after being predicted to finish second heading into the season. Its record in his two seasons combined is 11-10 after he led the team to a 7-4 season in 2016. His first win was the biggest, as Howard pulled off one of the biggest upsets in college football history.

William & Mary is an FCS school located in Williamsburg, VA and competes in the Colonial Athletic Association, the same conference as Richmond. It completed the 2018 season 4-6.

Is Mike London preparing for his Howard exit after just two years?