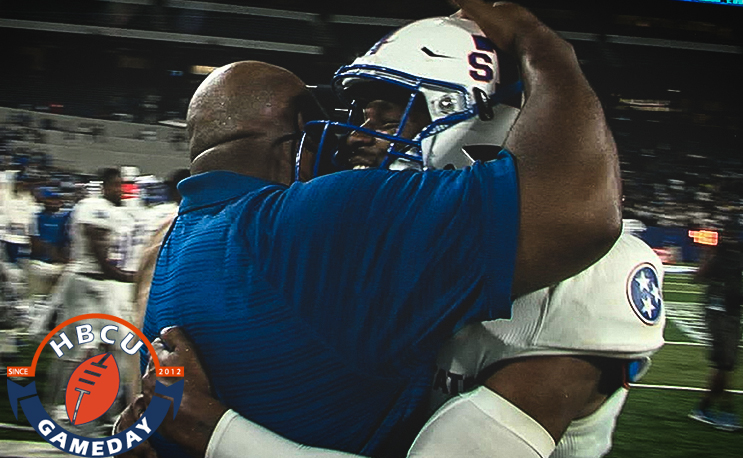 HBCUs are sitting pretty in this week’s FCS Coaches Poll.

The first full week of college football saw some big wins by HBCUs at the FCS level and that is reflected in the first in-season national poll.

Three HBCUs head into Week Two ranked in the Coaches Top 25 Poll, including Tennessee State as well as one representative a piece from the MEAC and the SWAC.

TSU earned its way on the list after a solid 14-10 victory over FBS Georgia State in its opener. Picked to finish third in the Ohio Valley Conference, TSU enters the poll at no. 24. It is also ranked 23 in the STATS FCS poll. It will look to continue its winning ways against Jackson State in the Southern Heritage Classic this weekend before heading down to Florida to take on FAMU in the Tampa Classic the following week.

Grambling lost its FBS opener, falling to Tulane 43-14, but remains in the top 25. It did, however, drop two spots to no. 23 on the Coaches Poll and is no. 24 on the STATS poll. It will look to get back on track in its home opener against Northwestern State as it plays its first game in the newly-renovated Eddie Robinson Stadium.

North Carolina A&T took a few steps up following its impressive 45-3 win on the road against Gardner-Webb. A&T is tied with Northern Iowa at no. 21 in the nation after entering the week at no. 25. A&T’s home opener against Mars Hill is set for Saturday.
[postBannerAd]
Howard, who pulled off the biggest upset of the week and maybe of all-time, is not ranked but did get a solid look. HU received 35 points following its 43-40 win over UNLV, placing just three spots out of the top 25. Jackson State, North Carolina Central, Prairie View A&M and Hampton all received votes.