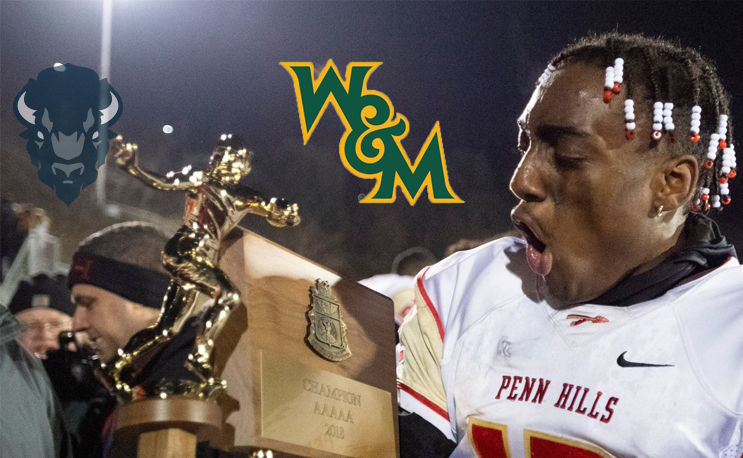 William and Mary has already snatched Mike London from Howard, now it has its OC and possibly its quarterback of the future.

A little over a week after hiring Mike London away from Howard, the school has also secured the architect to his offense and possibly his most notable Class of 2019 recruit.

Offensive coordinator Brennan Marion has been hired to assume that position on London’s new staff. Marion’s Go-Go offense helped Howard defeat UNLV and terrorize MEAC offenses over the past two years. HU averaged 33.6 points per game and 470 yards of total offense, both tops in the MEAC in 2018. Under his tutelage, Caylin Newton emerged as a first-team All-MEAC performer this season.

Marion was also an integral part of Howard’s recruiting strategy. One of his prize pulls might also be heading south with him and London.

Hollis Mathis, a dual-threat two/three star quarterback, verbally committed to Howard prior to his senior year, but he may never play a game at Greene Stadium. He tweeted on Wednesday that he has been offered by William & Mary as well.

Blessed To Receive an Offer From William and Mary 🔰🎯 pic.twitter.com/43X7ejDFJv

Losing Mathis in and of itself would be a setback for Howard. He’s an All-State performer and just led Penn Hills High School to the WPIAL 5A title. And while Newton has two years of eligibility remaining, one need to look no further than A&T to see that you need two quarterbacks capable of making plays.

Beyond Mathis, though, it will be interesting to see how many recruits London and Co. can flip to W&M. That will tell us a lot about whether the players were more sold on Howard, or London.

391
The Latest in HBCU Sports and Culture