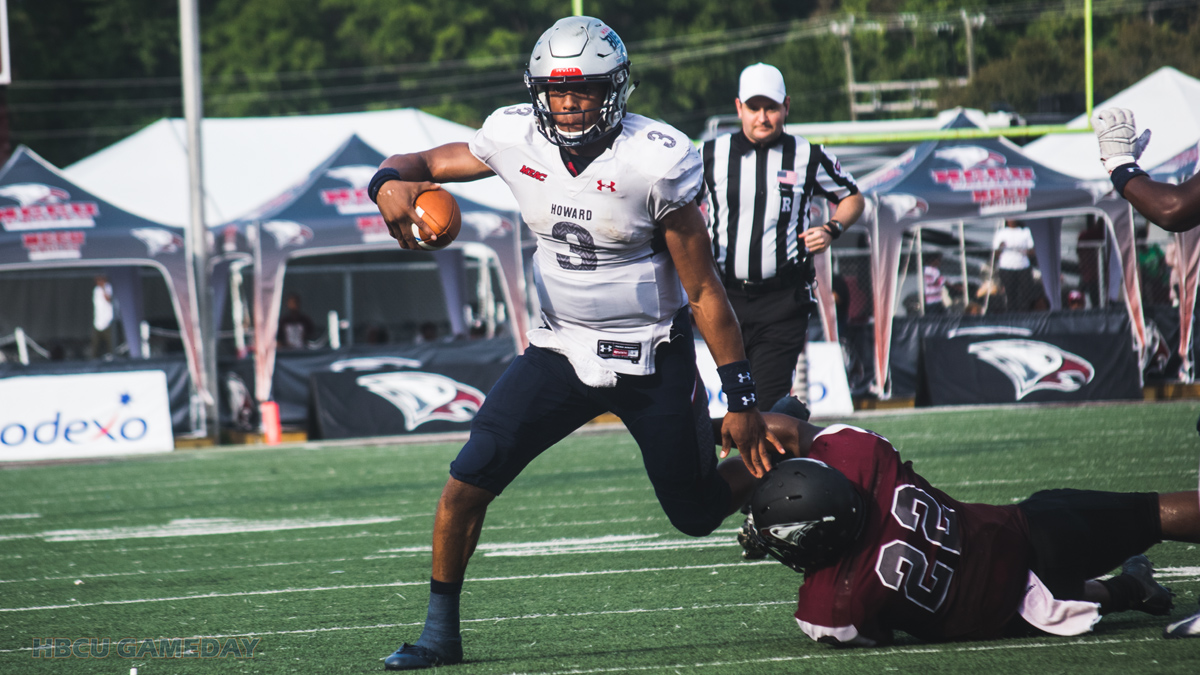 Caylin Newton has made a name that stands on his own in the MEAC. The scary part is the rising senior has room to grow.

This is the final post in a series counting down the top five quarterbacks in the MEAC heading into the 2019 season.

Two years ago Caylin Newton was known to the world as Cam Newton’s little brother. He didn’t like it, and who would, but that’s the way it was.

That started to change on Sept. 1, 2017 when the freshman quarterback from Georgia led Howard to a 43-40 upset of UNLV in just his first college game. It was billed as the biggest upset in college football history.

Since then Newton has carved out a name for himself in the MEAC, first winning Rookie of The Year in 2017 and then taking home Offensive Player of The Year honors in 2018. He threw for 2,629 yards and 22 touchdowns in his sophomore season, both marks improvements from 2017. He had five games with better than 300 yards passing, including a 439 yard performance against Ohio in the opener.

Despite those sometimes guady numbers, Newton also had some less-than stellar stretches of play. He went three straight games late in the season in which he threw for lesss than 175 yards and threw six interceptions. In fact, he threw for two interceptions in all but three of his team’s games last year, leading the MEAC in interceptions with 17.

Newton is blessed with two of the MEAC’s top receievers in All-American Jaquez Ezzard (40 catches for 1,064 yards and 12 touchdowns) and All-MEAC selection Kyle Anthony (53 catches, 659 yards and six touchdowns). The two combined for more than half his completions (150), more than half of his yardage total and 18 of his 22 touchdown passes, and they return in 2019, which is bad for MEAC defenses but is great for Howard and Newton.

Howard, despite those returnees, is starting over with a new coach in Ron Prince. He inherits a passing attack that, despite its accolades, has yet to hit its ceiling. No one exemplifies that more than his quarterback who will be charged with leading the team as it attempts to pick up its first MEAC title in more than 20 years. Newton has been more of a volume scorer to use basketball terms, but if he can complete more and turn over less of his passes, HU will be able to contend for the conference crown and a shot in the Celebration Bowl.