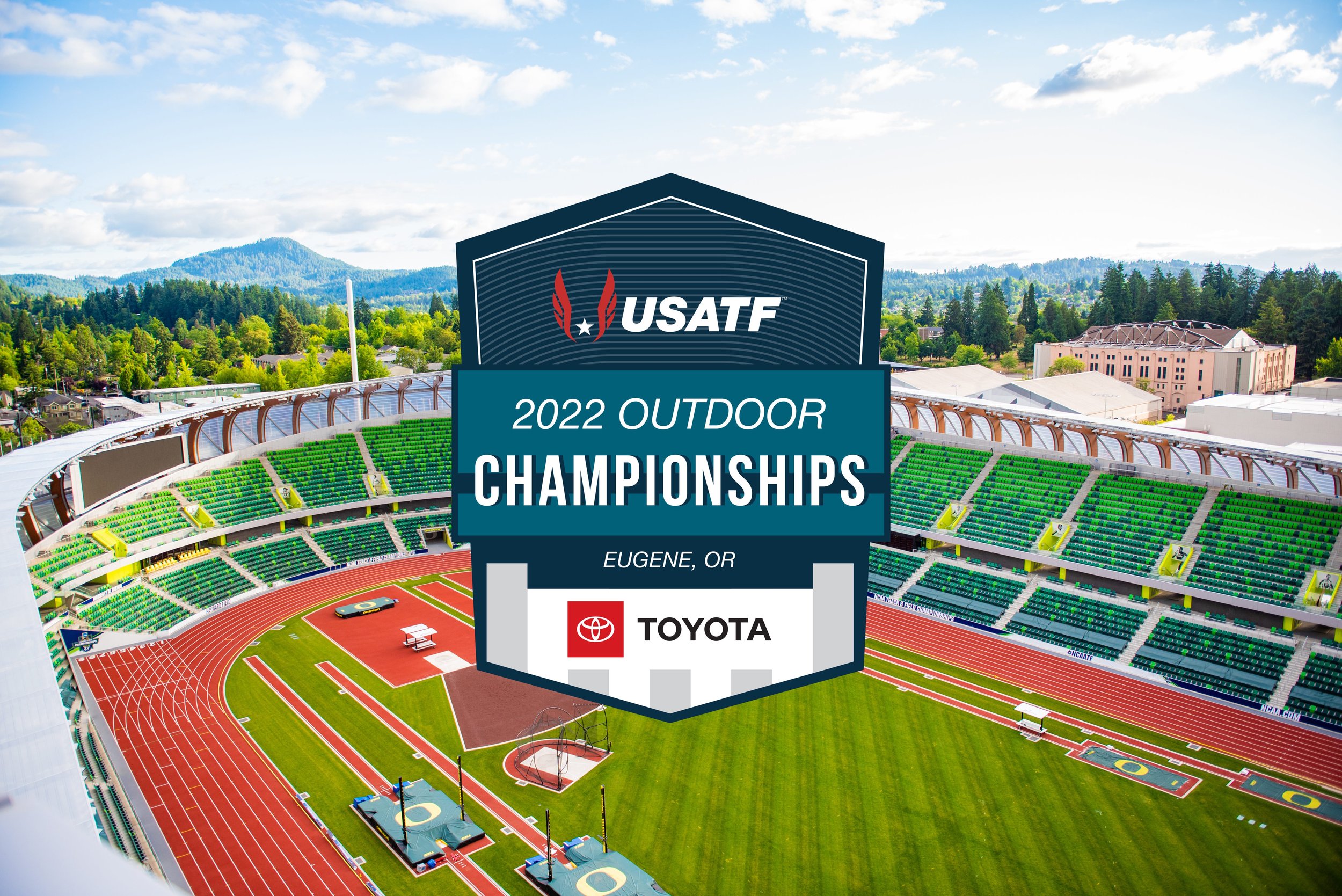 The footprints of departing NC A&T track coach Duane Ross will be all over the University of Oregon’s field starting Thursday, June 23 thru Sunday, June 26. Eleven (11) of the 13 HBCU track athletes in the competition ran for Ross and the Aggies. Five members of the 2021-22 Aggie track team and six who competed for A&T before turning pro, are in the field.

The top three finishers in each event will make the national team that will compete at the 2022 world championships back in Eugene in three weeks.

All five HBCU men in the field are from A&T.

Christopher Belcher who now runs for Nike after a record-breaking career for the Aggies, is in the 100 meters field. A&T sophomore Javonte Harding joins Belcher in the 100 competition but will also compete in the 200 meters.

Harding won the 100 and 200 meter races and set records in both events at this year’s Big South outdoor championships. He had a third-place finish in the 100 meters at the NCAA Div. Outdoor Championships in Eugene two weeks ago. Harding also won the NCAA Indoor 200 meters in March. He posted the best time (19.98 sec.) in the NCAA 200 outdoors but was disqualified for running out of his lane. His best 100 time is 10.08 while he has run a best of 20.16 in the 200.

Randolph Ross Jr., the two-time NCAA 400 meter outdoor champion at A&T, and his former A&T and Olympic teammate Trevor Stewart, are in the 400 field.

Ross, a rising senior who is leaving A&T to join his father Duane Ross, the new coach at Tennessee, repeated two weeks ago as NCAA 400 outdoor champion. He also captured the 400 indoor title this year. He and Stewart finished 1-4 in last years U. S. 400 meter Olympic Trials to earn spots on the Tokyo Olympics team. They both earned gold medals as members of the winning 4×400 relay team.

The fifth men’s competitor is A&T senior Brandon Hicklin in the long jump. He is the only HBCU track athlete competing in a field event. Hicklin had a collegiate best jump of 8.18 meters this season. He won the Big South outdoor championship and finished fifth at the NCAA outdoors.

SIx of the eight HBCU track women competitors have worn the A&T blue and gold.

Former Aggies Cambrea Sturgis and Kayla White are in the women’s 100 and 200 meters competitions.

Sturgis, who doubled as NCAA outdoor 100 and 200 meter champion after winning both MEAC events in 2021, turned pro and joined adidas after those performances last season. She competed at the Olympic Trials but did not make the team. Sturgis comes in with qualifying times of 10.97 in the 100 and 22.40 in the 200.

The women’s 200 meters field will also have former Livingstone and CIAA standout Quanera Hayes and A&T sophomore Jonah Ross, the daughter of Duane Ross. Jonah will also be joining her father at Tennessee. Hayes’ pro sponsor is Nike.

Also in the 200 field is Symone Darius, who finished her eligibility for the Aggies earlier this year. Darius scored 26 points for the Aggies in this year’s Big South outdoor champioinship as she finished second in the 100 and 200 and ran a leg on the winning 4×100 meter relay. Those points were wiped out and the Aggies went from first to second place when it was discovered her collegiate eligibility ended after the 2022 indoor season. Darius has qualified with a time of 22.78 seconds in the 200.

Joining Hayes in the 400 meters field is A&T senior Delecia McDuffie. McDuffie set a Big South record of 51.97 seconds in winning the event in May. She posted a qualifying time of 51.58.

A&T senior Paula Salmon will compete in the 100 hurdles. Salmon won the Big South outdoor title in 12.78 and finished fourth at the NCAA outdoors in 12.80. She qualified with a best time of 12.63 seconds.

Howard junior Jessica Wright is the lone HBCU track competitor in the 400 hurdles. Wright won the MEAC outdoor championship in 57.72 and finished ninth in the NCAA outdoors in 58.12. Her qualifying time is 56.32.

Schedule for HBCU athletes at U. S. Championships

(All times are PT)