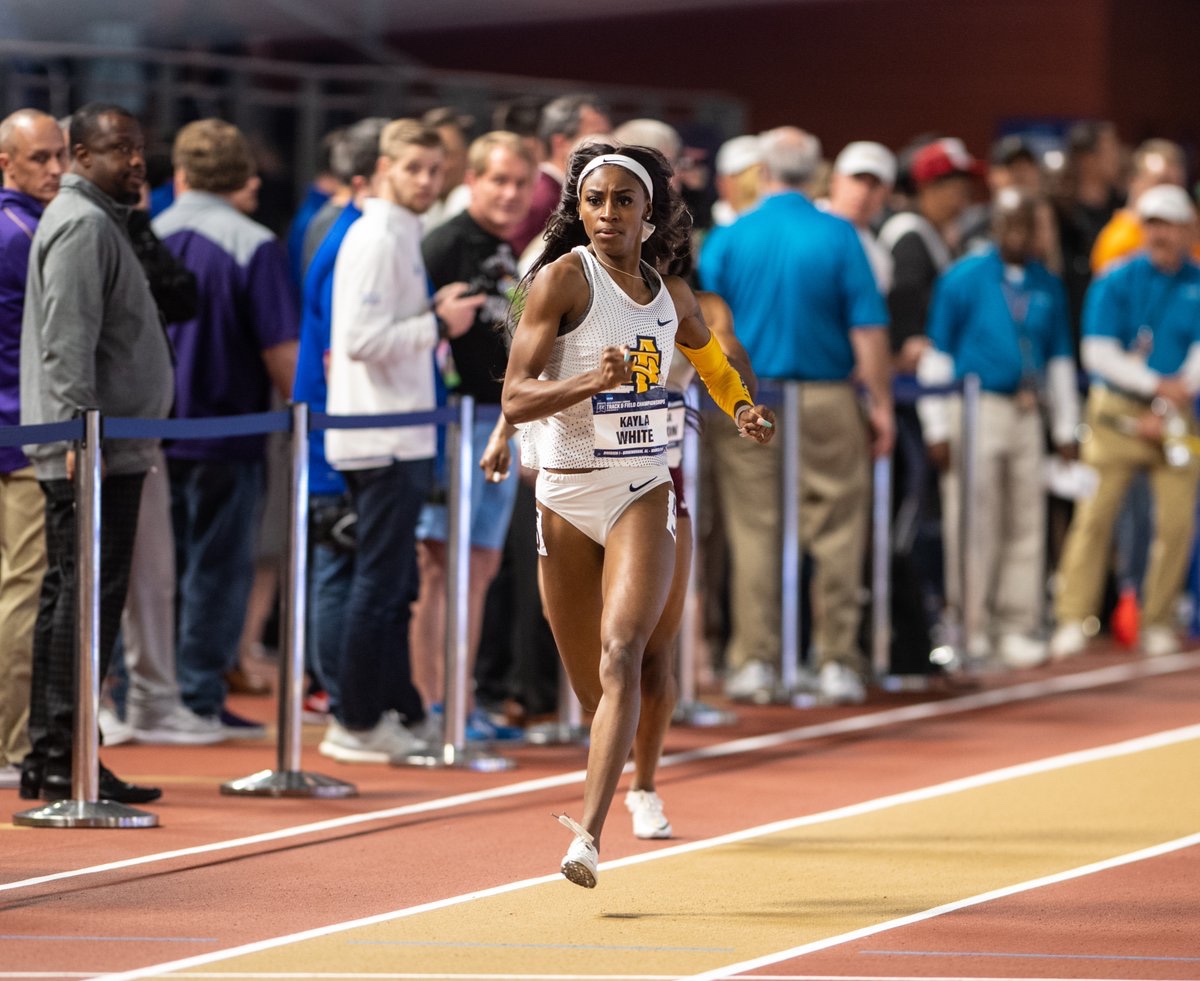 The first Aggie to win a national championship sits atop her sport.

“Once she got to the point where she was winning a lot, we had to teach her the importance of leading others,” said Duane Ross, the Aggies director of track and field programs and the 2019 USTFCCCA Southeast Region women’s track and field coach of the year. “It was hard for her to understand at first – the need to be a leader on a track and field team. But we told her it’s important you serve your team. You get them to be their best while staying at your best. I’ve got to say she started to get it and she has done a wonderful job being our leader.”

White sees the relevance of other student-athletes from small Division I schools and or schools who are not in the ACC, SEC, Big 10, Big 12 or Pac-12 seeing what she accomplished and believing they can achieve it too – athletes like her teammates, Bethune-Cookman athletes and the Aggies who will follow in her footsteps after she graduates in May with her journalism degree.

“I just want to leave a legacy, not only for my teammates and my university but for (historically black college and university) athletes all over the country,” said White. “I think that is so important.”

First for an Aggie

Last weekend, White shook up the collegiate track and field world by becoming the first N.C. A&T Aggie to win an NCAA national championship. White won the 200m at the 2019 NCAA Track and Field Indoor Championships in Birmingham, Ala., in 22.62, which is the fastest time ran in the world this year.

She also just missed winning a national title in the 60-meter hurdles after finishing second, two/tenths of a second behind Southern Cal’s Chanel Brissett. White had the opportunity to compete for three national titles. She recorded one of the top-16 times in the country in the 60 meters during the indoor season qualifying her for the championship meet. The start time for the 60m race was too close to the start time for the 60mh which would not have given her enough recovery time.

White’s remarkable season extended beyond the NCAA indoor championships, however. Her brilliance in the 60mh, 200m and 60m had the Aggies ranked as high as 14th in the country this season.

She helped the women’s track and field team win their third straight MEAC indoor title by winning the 60mh and 200 at conference indoor championships on Feb. 23. White was named the Most Outstanding Track Athlete by the MEAC after scoring 28 points and breaking meet records in the 60mh (8.07) and 200m (23.53).

White still has her senior outdoor season ahead. Her next race will likely be at the Florida Relays hosted by the University of Florida, March 28-29.

The legacy has been left.