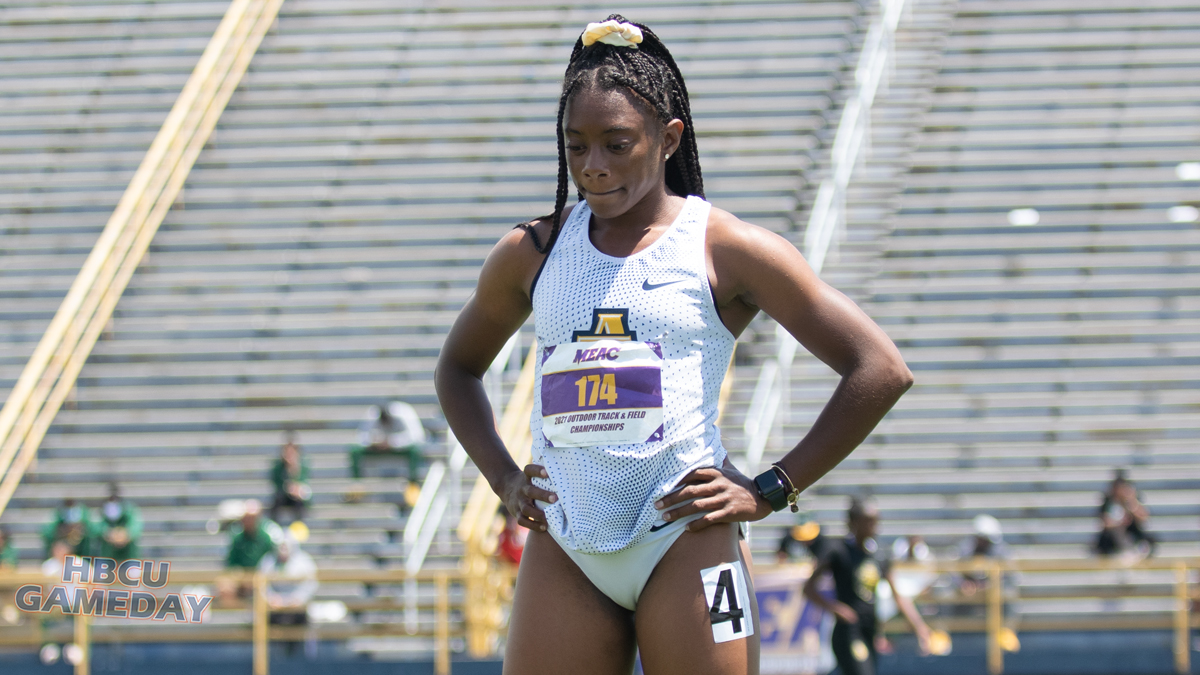 Two-time NCAA champion sprinter Cambrea Sturgis announced that she will be pursuing a professional Track and Field career with Adidas.

Two-time NCAA champion sprinter Cambrea Sturgis announced on Sunday that she will be pursuing a professional Track and Field career with Adidas.

The now-former NC A&T Aggie dominated all season and fans couldn’t ask for more as Sturgis ends her collegiate career early. The junior put the world on notice when she swept the 100m and 200m dash in the NCAA outdoor track and field championships last month. This was only the 13th time in NCAA history that a runner has claimed both championship events. Her wind-aided 10.74 100m time was also the fastest in NCAA history.

“I want to thank Coach Ross and the rest of the NCAT Track and Field coaching staff, as well as my teammates,” Sturgis said on Instagram. “I will never forget the great memories and my time as an Aggie”

Cambrea Sturgis was named the Southeast Region Women’s Athlete of the Year by the United States Track and Field Cross Country Coaches Association last month as well. She then missed out on the Tokyo 2020 US Olympic team after advancing to the semi-finals in her signature events. The young phenom will now run professionally for one of the top brands in her sport and continue to make history with a promising future ahead.