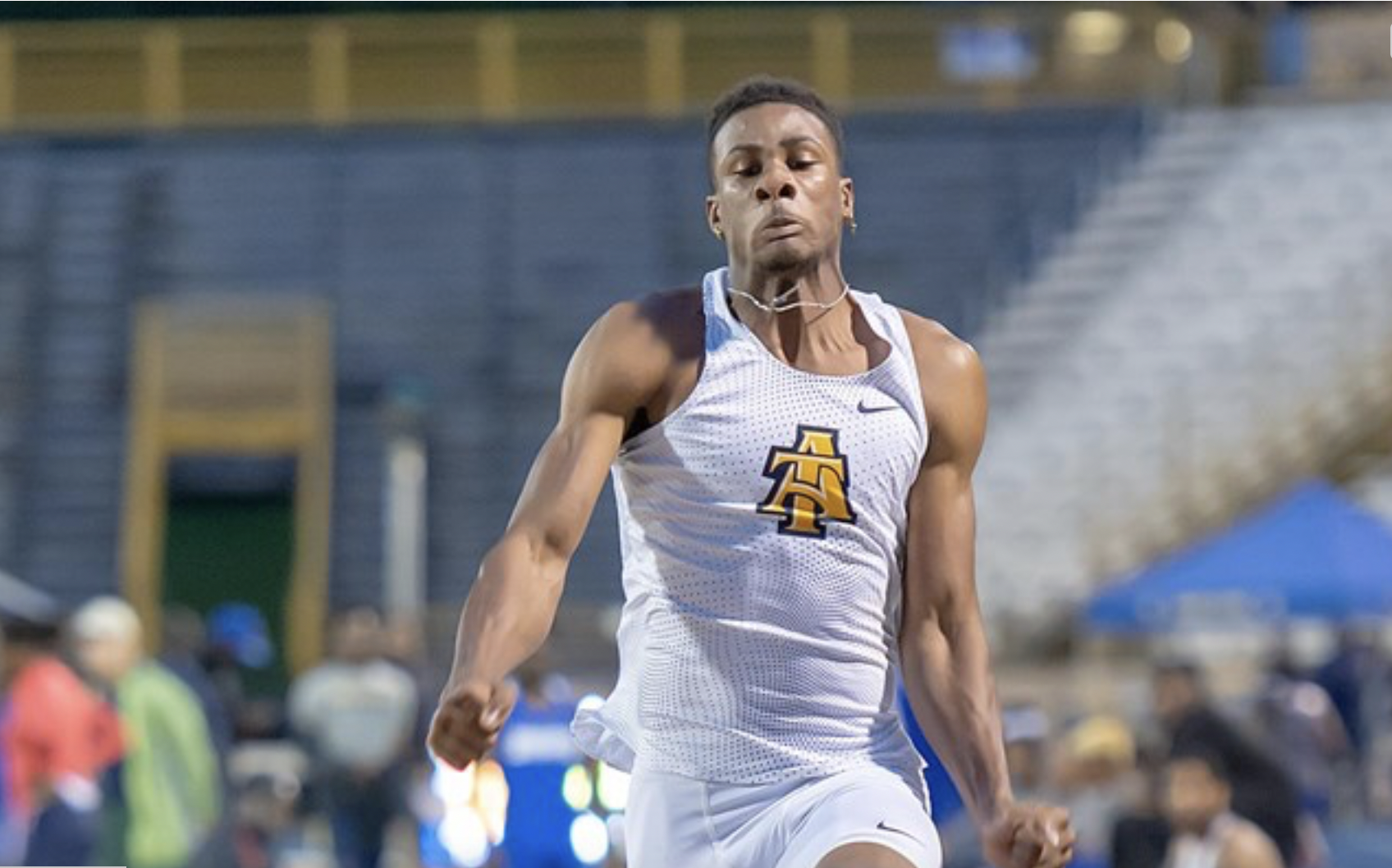 Brandon Hicklin fought through cramps to come away with the long jump title at the Big South Outdoor Track & Field Championships Thursday.

Hicklin’s only good jump in the final round measured 7.6 meters (24’11 1/4”) and was good enough to win the competition. The jump was a new facility record. USC-Upstate’s Channing Ferguson had broken the facility record of 7.54 meters with a leap of 7.55 meters earlier before Hicklin topped that mark. Ferguson finished in second place.

Hampton’s Keyonte Midgett finished sixth with a leap of 7.13 meters.

Hicklin fights through cramps in both legs

Hicklin was able to post only two good jumps, one in each round. He pulled up in both the preliminary and final rounds.

Only four steps into his first jump in the prelims, he pulled up with a cramp in his left leg. After seeming to recover, he fouled in his second jump. He made a safe jump of 23’4” on his last jump in the round to enter the finals in fifth place.

In his first jump in the finals, he ran through the pit again favoring his left leg. He recovered to post the winning jump in his second effort. In his final attempt, he again pulled up going to the ground with an excruciating cramp in his right leg.

The long jump was part of field events that were contested early Monday beginning at 1:30 p.m. The running events of the track, where NC A&T is heavily favored, commenced at 6 p.m.