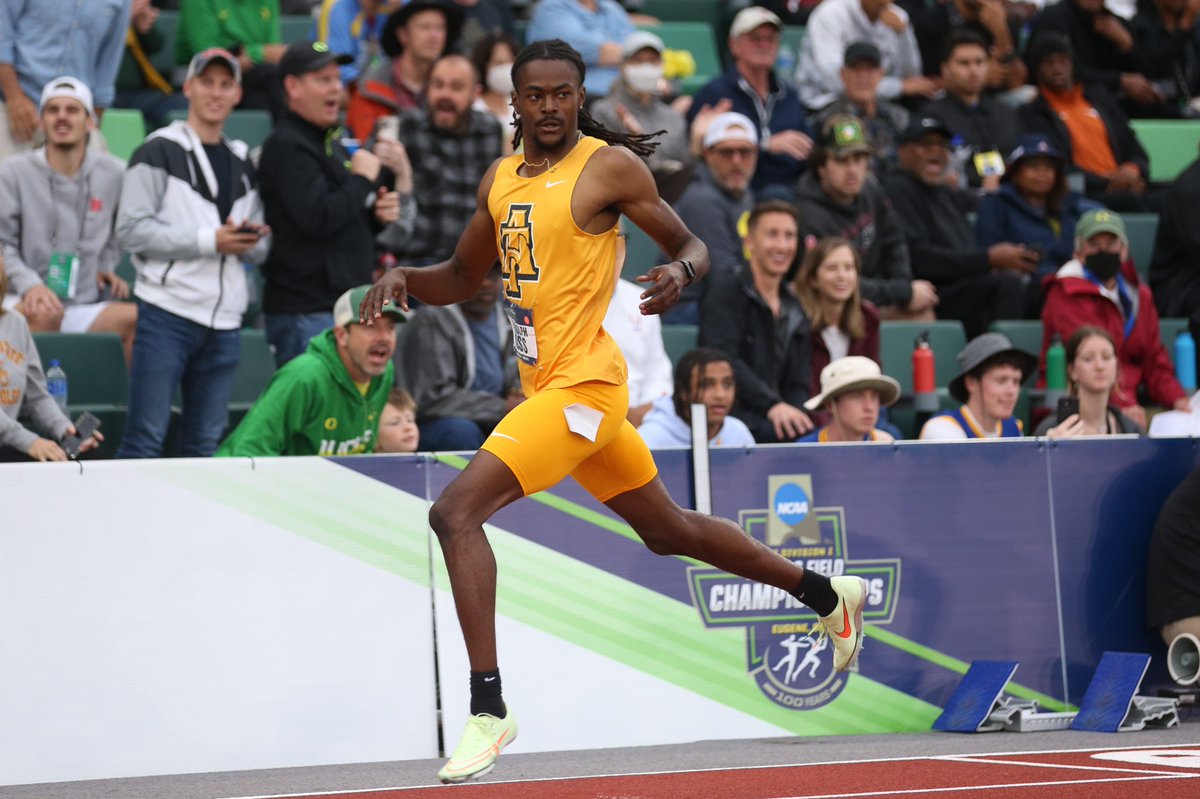 North Carolina A&T’s Randolph Ross repeated as 400m national champion while the men finished in the top 10 for the second year in a row.

If Randolph Ross Jr. has worn a North Carolina A&T uniform for the last time ever, he made sure to make it a memorable one.

The junior successfully defended his national title in the 400m dash on Friday, clocking in at 44.13 to hold off Champion Allison of Florida. His time was a season-best and a collegiate leading one for the Olympic gold medalist. He became the first man to repeat as champion in the event since 2010-2011.

Randolph Ross Jr. was the lone Aggie to win a national title on Friday. A&T finished tied for ninth overall along with Texas Tech in men’s competition after finishing third during the 2021 outdoor championships. Both scored 22 points. Florida won the competition with 54 points.

A&T sophomore Javonte Harding completed his season with a third-place finish in the 100m. He ran a personal-best 10.08.

This marked the final performance for the NC A&T men under head coach Duane Ross Sr. He will be taking over the track program at Tennessee following the NCAA Championships. Ross is expected to turn pro, but he could conceivably follow his father to Knoxville, TN. Either way, it appears unlikely he’ll be competing for A&T come next spring. Harding will likely have the same options. Neither student-athlete has commented on what they will do after the season at this point.

The North Carolina A&T women will get their chance to claim some hardware on Saturday in the finals, as will Howard University’s 4x400m squad and Jessica Wright in the 400m hurdles.

Prairie View A&M was the only other HBCU to score. Sophomore long jumper Nathan Crawford-Wallis had a jump of 16.10 meters to finish eighth in the event and earn the Panthers one point.