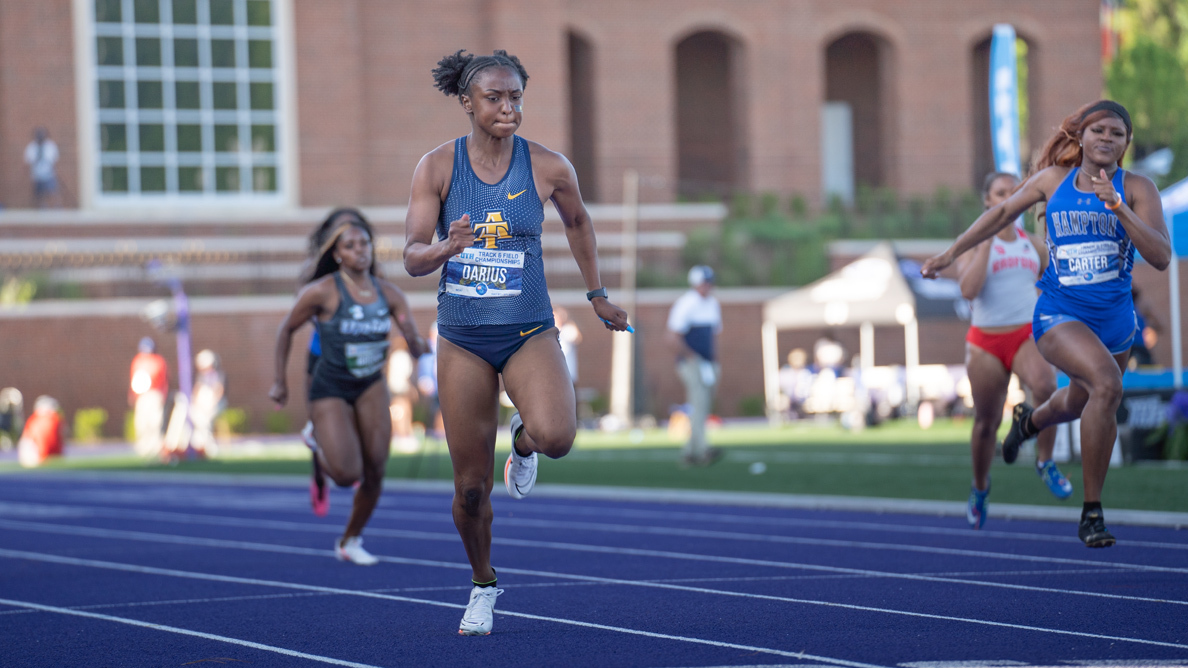 Neither A&T or the Big South Conference identified Darius as the athlete involved though both were contacted for clarification. Nor has either given any reason for her ineligibility.

A&T self-reported her ineligibility some time after the May 9-11 Big South championships.

Darius at the Big South Championships

She also ran a leg on the Aggies’ winning 4×100 meter relay team that finished first in a time of 43.19 seconds and earned ten points.

The 26 points earned by Darius were subtracted from the Lady Aggies winning total of 206 points. The Big South released a statement to that effect on May 20. With now 180 total points, the Lady Aggies landed in second place behind High Point University’s 187 points.

High Point thus swept both the men’s and women’s Outdoor Big South competition. High Point eeked one a one-point win, 178 to 177 over A&T, to earn the men’s title.

Darius, 23, is a talented sprinter originally from New Rochelle, New York. She competed three years (2017-2019) for the University of Alabama’s indoor and outdoor track programs. Darius came to A&T during the 2020-21 season.

She participated in the Aggies 2020-21 outdoor season but did not compete indoors. Outdoors, she had a fourth place finish in last year’s MEAC Outdoor Championships in the 100 meters in 11.38 seconds. She also finished fifth in the 200 meters in a time of 23.82 seconds. She was a member of the Lady Aggies 4×100 meter relay team that finished fourth at the NCAA Outdoor Championships.

She did not qualify for the 2022 NCAA Indoor 60 meters and did not make the finals of the 200 meters.