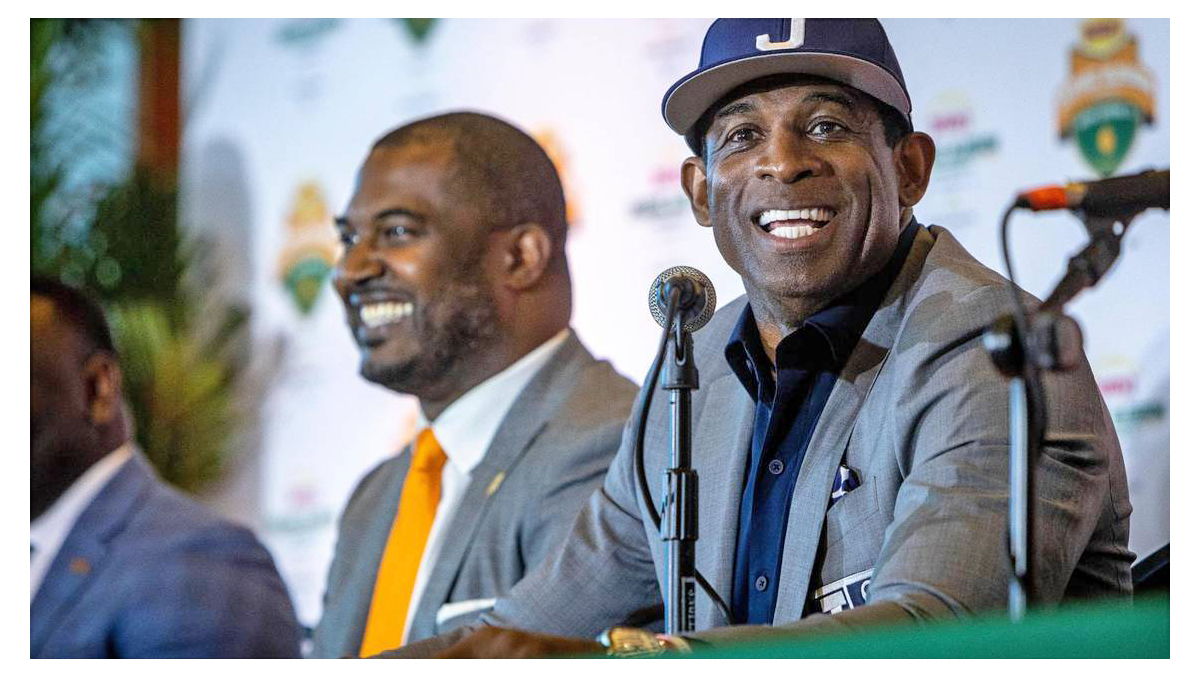 It’s all smiles! See the list of 32 HBCU football games that will run from Thursday, Sept. 2 through Sunday, Sept. 5 with half of them (16) available on TV or streamed over the internet. Sunday’s Orange Blossom Classic tops the list.

The Delta Variant strain of the COVID-19 virus has claimed its first victim of the 2021 HBCU football season.

It was announced Monday night that because of an outbreak involving members of  the UNC-Pembroke team, its game scheduled for 6 p.m. Saturday at Winston-Salem State has been cancelled.

The game will not be rescheduled.

The news is a sobering reminder that as both players and fans are anxious get on with a ‘regular’ season, there is still a need for caution. The pandemic is far from over.

The news is also somewhat of a cautionary tale as we head into Week One of the 2021 HBCU football season.

The show goes on?

A full slate of 32 HBCU football games are on tap in Week One with now half (16) games slated to be shown on TV or streamed over the internet.

The match ups stretch from Thursday through Sunday and include a host of key games that will be for some teams early indicators of the trajectory of their seasons.

Perhaps no HBCU football game this season is more anticipated that Sunday’s battle at the Orange Blossom Classic in Miami Gardens, Florida (3 p.m. on ESPN2) between Jackson State and Florida A&M.

JSU head coach Deion (Coach Prime) Sanders and his team have been the center of attention during the offseason, making headlines for everything from his haul of Div. I transfers to walking out of SWAC Media Day (he didn’t) to his freshman son Shadeur Sanders starting at quarterback.

All of that attention will be put to the test by Willie Simmons’ Rattlers, who the last time they took the field in 2019 had a better record than that year’s BCSP national champion, North Carolina A&T, and defeated the Aggies in a head-to-head duel.

That was then, this is now.

Sanders took over at JSU last September and has revamped everything from the Tigers’ look, their facilities, their roster and their expectations. After finishing just 3-3 in games played under Sanders in the spring, the Tigers appear poised to change a narrative that has seen them go seven years without an East Division or SWAC title.

Sanders vowed in the spring “you’d better get me now” before he brought in a host of new recruits that he said would change prospects at JSU.

The changes at FAMU are just as dramatic.

The Rattlers left the MEAC after almost 40 years to become the 11th member of the SWAC. They were predictably placed in the league’s East Division putting them on a collision course with, among others, JSU and the 2021 spring champion, Alabama A&M.

FAMU did not play in the spring meaning what they will bring to the table could be just as surprising as what JSU brings.

The bottom line is there are a lot of unknowns for both teams that will be known Sunday after this early SWAC East Division showdown.

New faces at GSU and TSU

Following up on that history has fallen to the able hands of eighth-year head coach Broderick Fobbs at Grambling and former Heisman Trophy winner and Tennessee Titans all-pro running back Eddie George, the new head coach at TSU.

Fobbs is 51-25 in seven seasons with two SWAC Championships (2016 and 2017) but his teams have been just 8-10 in SWAC play over the past three campaigns including an 0-4 record in the abbreviated spring season.

The spring helped him break in some fresh blood and talent that he hopes will get the G-Men back into the championship mix.

George is taking over a TSU program that has not contended for an Ohio Valley Conference title in eight years. He has brought in former NFL head coach Hue Jackson as his offensive co-ordinator and former NFL all-pro Clyde Simmons as his defensive line coach to help him in his first foray into the coacing ranks.

Both teams have a lot of question marks that will begin to be answered Sunday. Though it’s early, whether the arrow is pointing up or down for these two programs could be hanging in the balance.

NC A&T sat out the spring season but comes in ranked 24th/25th in FCS national polls. It will be interesting to see how redshirt junior quarterback Jalen Fowler handles his first starting assignment.