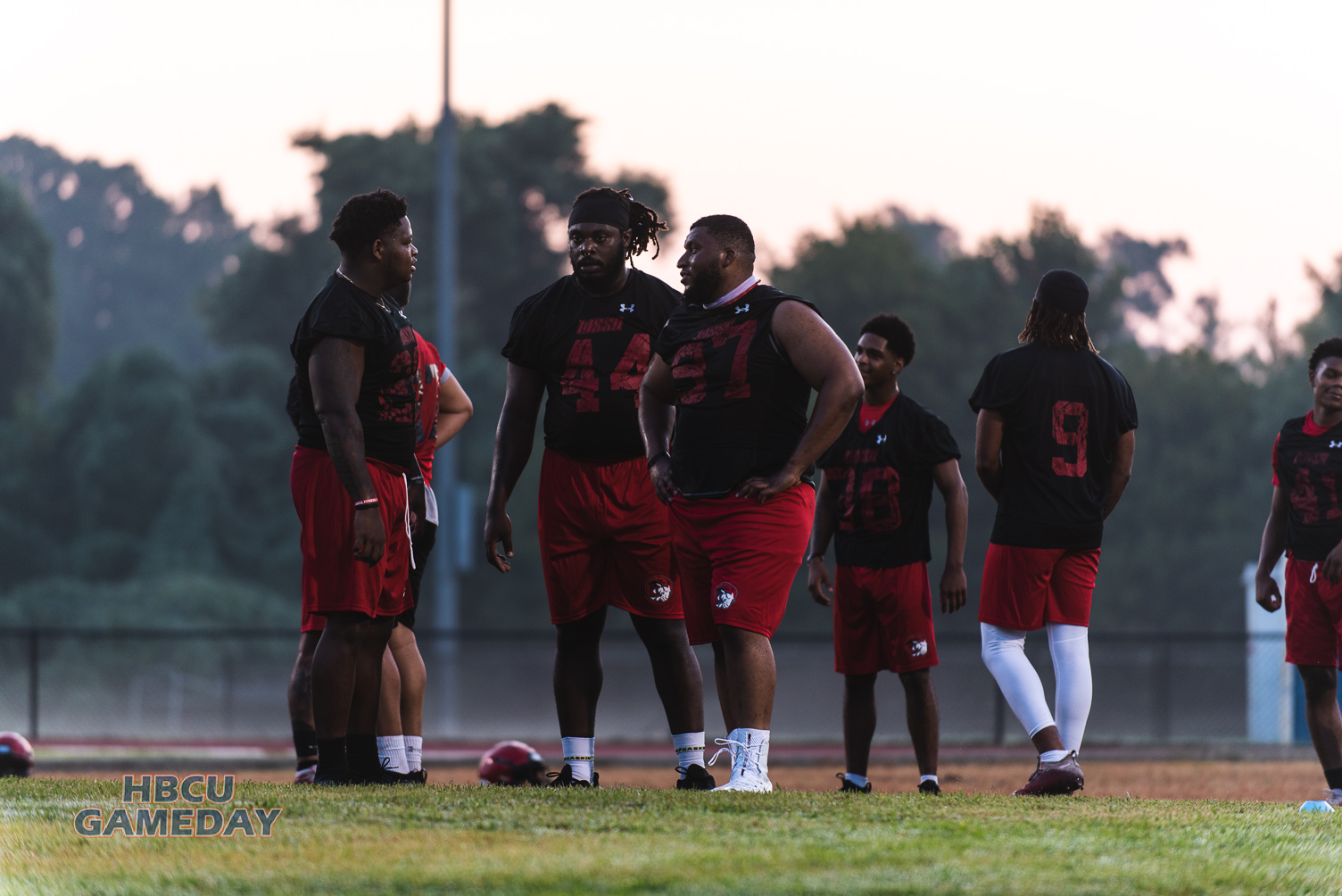 Winston-Salem State will have to wait a little longer for its first football game since 2019 as the Delta Variant strain hits the UNC-Pembroke team.

On the UNC-Pembroke website, Associate AD for Communications and Strategic Initiatives Todd Anderson reported that Athletics Director Dick Christy had decided to cancel Saturday’s 6 p.m. game at WSSU’s Bowman-Gray Stadium. The statement said the decision “was made in accordance with COVID-19 protocols established by both the Mountain East Conference (of which UNC-P is a member) and local public health officials.”

The statement also said the game will not be made up.

There was no mention in the UNC-P statement of how many positive tests there were amongst head coach Shane Richardson’s team.

“I am very appreciative of Etienne (Thomas, the AD at WSSU) and the leadership at WSSU for quickly working though this issue today and I feel for the student-athletes in both programs impacted by this,” Christy said in his statement.

WSSU has not taken the football field since the end of the 2019 season as the Rams and the rest of the members of the Central Intercollegiate Athletic Association (CIAA) did not compete in the fall 2020 or spring 2021 seasons. UNC-Pembroke, who competes in the Mountain East Conference, finished 2-2 in the spring with two cancellations.

“These young men have done everything we’ve asked as far as all the protocols and the testing, so I’m so proud of them for making it to the other side,” Thomas told John Dell in the W-S Journal story. “And I feel for Dick Christy because I realize it could have been us. So this is just another hurdle we have to get over.”

WSSU interim head coach Robert Massey told Dell that his players were tested twice and sometimes three times each week during preseason practices. Massey also said he believed 60 per cent of his 100 players had been vaccinated.

Barring another setback, the Rams will open next Saturday, Sept. 11 at Catawba (7 p.m.). WSSU has been projected by CIAA head coaches and SIDs to finish fourth in the six-team CIAA South Division.