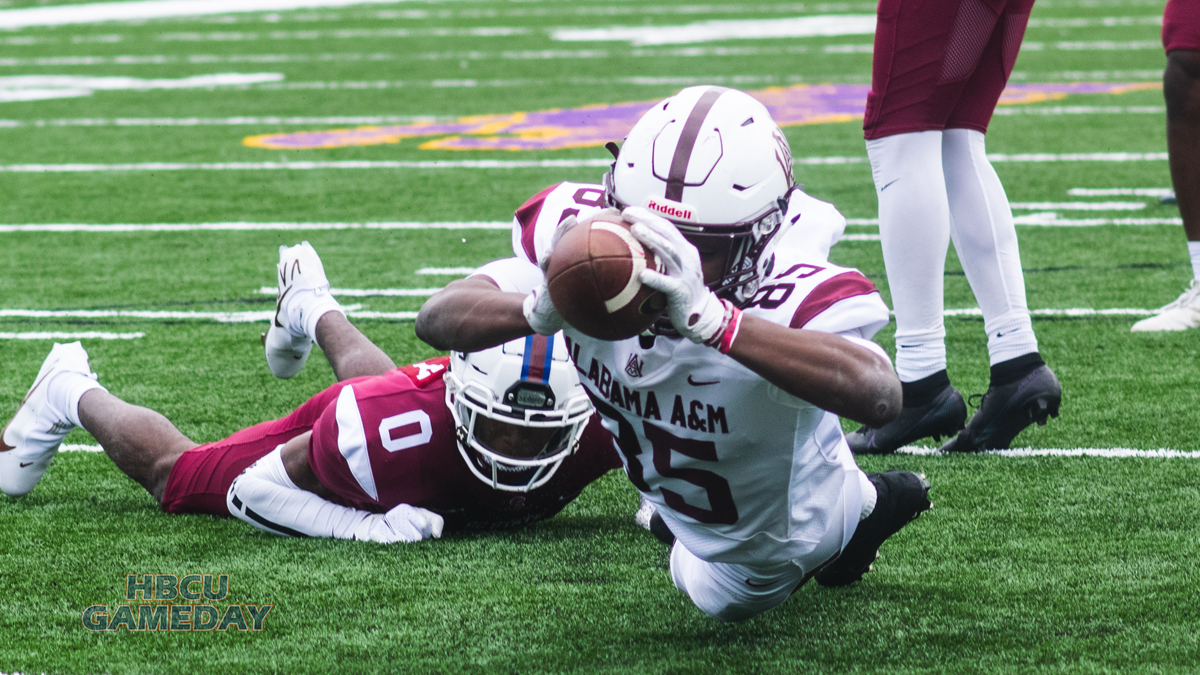 Alabama A&M struggled early on offense, but found its stride in the second quarter and never looked back against South Carolina State.

Both Alabama A&M and South Carolina State were playing their first game of the year on Saturday. And both offenses looked it early on. But AAMU found its way out of its way enough to come away with a 31-7 win over SC State on the road.

AAMU overcame three early interceptions by Aqeel Glass to score 28 unanswered points in the second and third quarters to secure the win over its MEAC foe.

Glass bounced back to complete 15 of 33 passes for 272 yards, including four touchdown passes to four different receivers.

AAMU got on the board with 9:08 remaining as Abdul-fatal Ibrahaim went over the middle for a 16-yard score. Then, with 21 seconds remaining in the half, Odieu Hilaire made a sweet one-handed grab in the corner of the endzone to give AAMU a 14-0 lead heading into the second half.

Things didn’t get any better for SC State in the second half. Glass then hooked up with Fami Adekunjo for a 65-yard strike that gave AAMU a 21-0 lead.

Glass’ final touchdown pass was a 20 yarder to Brian Jenkins Jr. A 37-yard Corey Spencer field goal for Alabama A&M would add a field goal in the fourth to close out the game.

The running game gave SC State its only score of the game, a 23-yard run by Alex James. Kendrall Flowers, a transfer from Wake Forest, had a good day with 115 yards on eight carries for SCSU. Unfortunately, for the home team, it turned the ball over five times.

AAMU will have two weeks off before traveling to Texas where it will take on Prairie View. SC State will get another crack at it next Saturday when it hosts MEAC foe Delaware State.