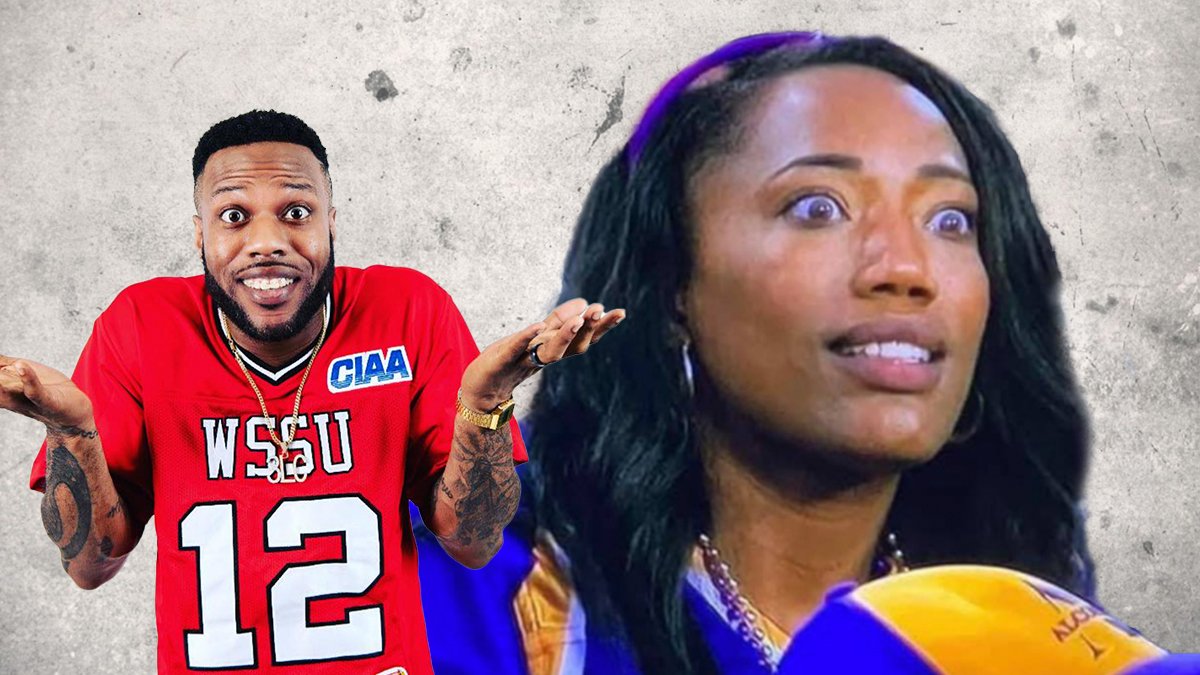 Behind The HBCU Meme: MEAC/SWAC Edition

She came to the MEAC/SWAC Challenge to support her son. She ended up becoming an HBCU viral meme. Here’s how it happened.

Dr . Monique Belin showed up to the MEAC/SWAC Challenge to root on Alcorn State like she always does. The “bonus mom of ASU safety Keyron “KJ” Kinsler was looking forward to cheering him on for the first time since 2019.

And she did. But then a football play happened, and before she knew it, Dr. Belin found herself as one of the most meme’d faces of the first weekend of college football.

Belin said the moment of shock captured by the ESPN cameras came after a fumble near the goaline. She said she turned around to speak to another football mom.

And just in that instant — she became a meme. But she didn’t know it as her family and friends began to hit her phone to let her know that they had seen her on television.

“At the time it really didn’t set in that it was a whole meme situation happening.. It was just like, oh, people saw me on TV.”

Dr. Belin says it was only after she got back to her hotel to reply to a message from her son that she realized what was going on around the HBCU Internet world.

One of those memers was “B-Daht,” a radio personality/ and comedian and a Winston-Salem State University graduate. A friend of Alabama A&M head coach Connell Maynor, McLaughlin was watching the game and enjoying giving Alcorn State fans a tough time during their 23-14 MEAC/SWAC loss.  So when he saw Dr. Belin’s look of bewilderment, he pounced on the moment with this meme.

“In my rooting for Coach Maynor in this past season, Alcorn fans gave me hell,” McLaughlin told Dr. Belin. “They were letting me know that Alabama A&M — they’re not the champions — until they beat the champions. Alcorn is the real champion. This season is bogus. Just filling me up with stuff.”

HBCU Gameday decided to hook up the memer with the meme and let them chop it up. The conversation was fun and free-flowing. Check it out on our Instagram TV feed.

Behind The HBCU Meme: MEAC/SWAC Edition