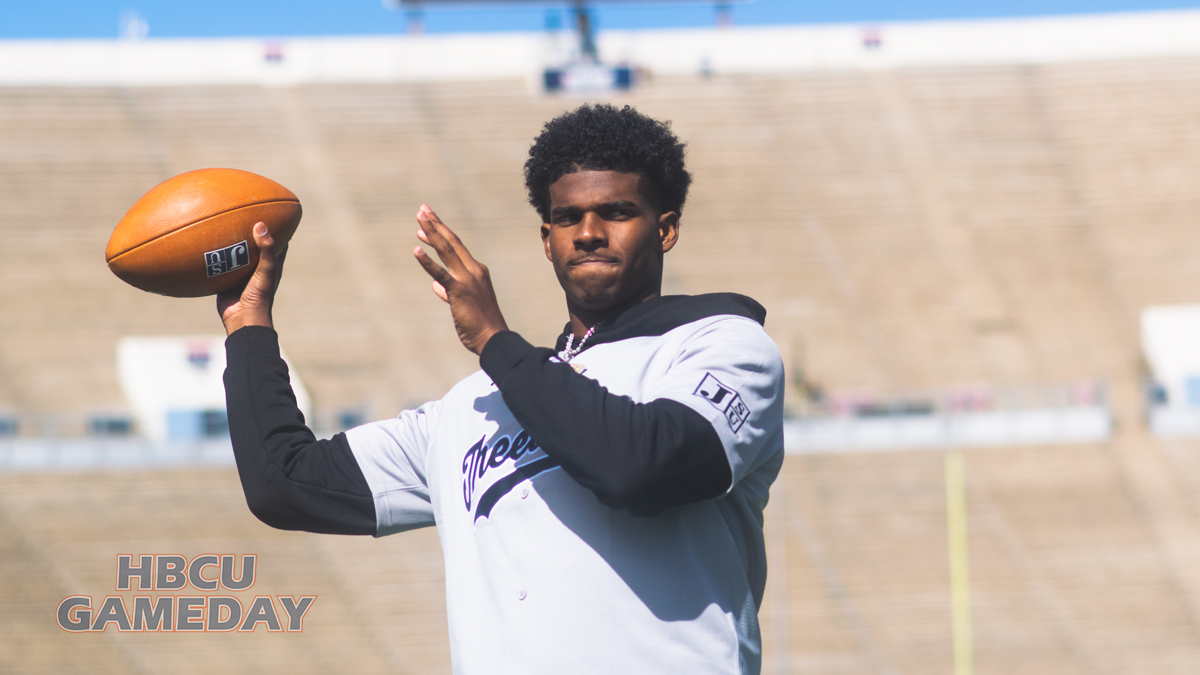 FAMU ‘over prepared’ for Shedeur Sanders at QB

Florida A&M head coach Willie Simmons said his team has done its best to prepare for what Shedeur Sanders might do.

Shedeur Sanders has yet to play an official down of college football, but Florida A&M head coach Willie Simmons says his team has done its homework and is over-prepared.

“I think the preparation leading up into a game is one of the most important things that we as coaches can do,” Simmons said. “And so there’s a lot of information that we can gather for about Jackson State, you know, over the last really six or so months.”

The Jackson State freshman will make his debut against FAMU on Sunday in the Orange Blossom Classic. There’s no college film on him, but Simmons and his staff have

In the end, Simmons says, there’s only so much that can be anticipated in terms of play calling.

“There are only so many ways you can have an offensive formation,” Simmons said. You have to have seven guys on the line of scrimmage. You have to know to identify the eligibles. Know who all the eligible guys are, know what route combinations can come based on one receiver, two-receiver, three-receiver sets. Know how many gaps they can try to control in the run-game.”

As for his own quarterback situation, Simmons continues to hold things close to the vest. When asked if he’d found his “Batman” Simmons evaded giving an answer like he did defenders during his days at Clemson and the Citadel.

“Obviously, you know, you would love to say one guy has just completely separated himself from the pack,’ Simmons said. “He’s the unquestioned starter, and he’s been doing all the first team route, that’s not the case for us.”

There are five quarterbacks on the roster, but three of them continue to be in the mix. Redshirt junior Resean McKay, redshirt sophomore Cameron Sapp and true freshman Junior Muratovic are all still very much in the mix.

“We have three guys that we have to figure out how to play those three whether it’s by series, whether that’s by quarter or whatever, by packages, whatever that may be,” Simmons said. “But it’s very conceivable that you may see all three guys, at some point during this football game. So one guy will have to take the first snap. And so at some point we’ll name who takes snap one. But like I said that doesn’t guarantee that person will take snap two or snap eight.”

Shedeur Sanders hasn’t taken a snap in college yet, but he has already given teams bulletin-board material by saying JSU isn’t a “regular SWAC team.”

Simmons, who met Sheduer and Shilo Sanders years ago, called him a fine young man. But made it clear that JSU is a SWAC team and that his program is ready to competee.

‘They are a real SWAC team. Jackson State is a member of the Southwestern Athletic Conference so Jackson State the team is a real SWAC team,” he said. “Now the makeup of that team — you may think— is a little bit different because of the transfers, but you know we’re not looking at that so at the end of the day again it’s about doing the little things right.”

FAMU and JSU will kick off from Hard Rock Stadium at 3:30 on ESPN2.

FAMU ‘over prepared’ for Shedeur Sanders at QB