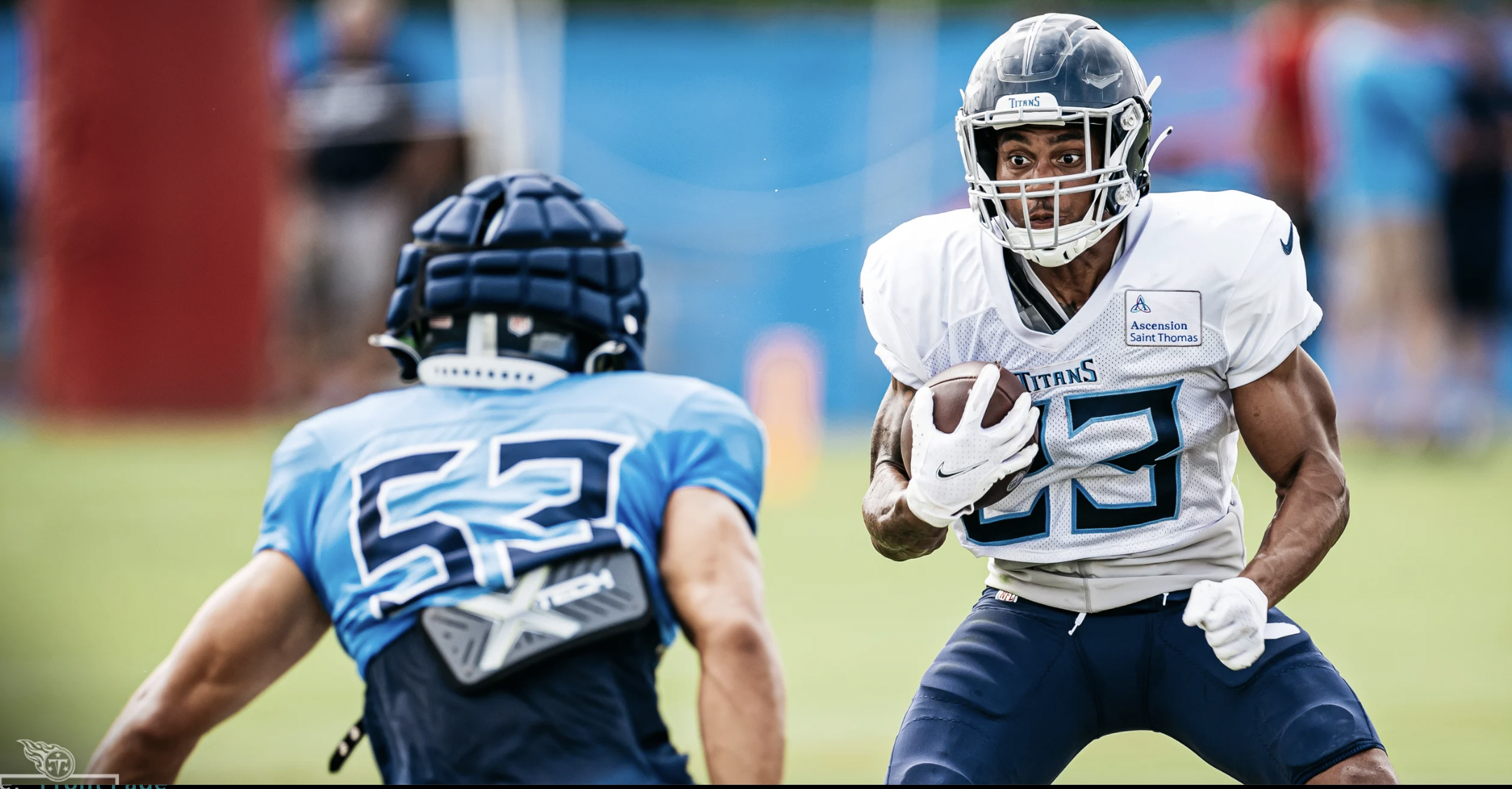 Former Virginia State and CIAA standout Trenton Cannon (#23) is shown here Monday in the Tennessee Titans’ camp. Cannon is one of the 23 veterans amongst 32 HBCU products in NFL camps.

It is now go-time for 32 HBCU NFL players, veterans and newcomers, that entered NFL training camps over the past week.

The numbers include 23 HBCU veterans and nine newcomers trying to make the opening day rosters for NFL teams. Each team will be working towards finalizing a 53-man roster. Teams dress 46 players to play in single games.

Armstead, the most tenured HBCU player in the NFL, was drafted in the third round of the 2013 NFL draft by the Saints. The left tackle was a three-time Pro Bowler in nine NFL seasons with New Orleans. Armstead was rated the top offensive lineman in free agency this season.

Another Arkansas-Pine Bluff product has also changed teams. Former Cleveland punter Jamie Gillan signed with the New York Giants after being waived by the Browns.

Gillan was placed on the Reserve/COVID-19 list on December 9 and missed the last part of the Browns’ 2021-22 season. He was waived later that month. Gillan became known as the ‘Scottish Hammer’ during his three years in Cleveland. He signed with the Browns as an undrafted free agent in 2019 and quickly became a fan favorite by averaging 46.2 yards per punt, with a net of 41.6 yards. Gillan averaged a net of 41.5 yards last season.

Former Virginia State and CIAA standout Trenton Cannon will be with his fifth team in five years in the league. The running back/kick returner signed with Tennessee in March. He spent most of last season with San Francisco after stints with the NY Jets, Carolina and Baltimore. Cannon was drafted in the sixth round of the 2018 draft by the Jets.

Also in March, former SC State standout and two-time MEAC Defensive Player of the Year Joe Thomas signed with the Chicago Bears. Thomas is in his eighth year and with his fifth team.

Fifth-year former free agent offensive lineman Trent Scott out of Grambling State is in camp with his third team, Pittsburgh. Scott, who was signed in May, played with Carolina for two seasons after spending his first two years with the LA Chargers.

HBCU newcomers to the NFL

After no HBCU products were drafted a year ago and only two rookie free agents made NFL rosters, there was a strong emphasis over the past year on finding and giving exposure and opportunities to HBCU players. It could be said the results are an improvement.

Four HBCU payers were taken in the 2022 NFL Draft. Fayetteville State defensive back Joshua Williams was the first off the boards to Kansas City in the fourth round. SC State defensive back Decobie Durant was selected seven picks later in the round by the LA Rams. Jackson State DE/LB James Houston went in the sixth round to Detroit before Southern offensive lineman Ja’Tyre Carter went to Chicago in the seventh and final round. All are in camp.