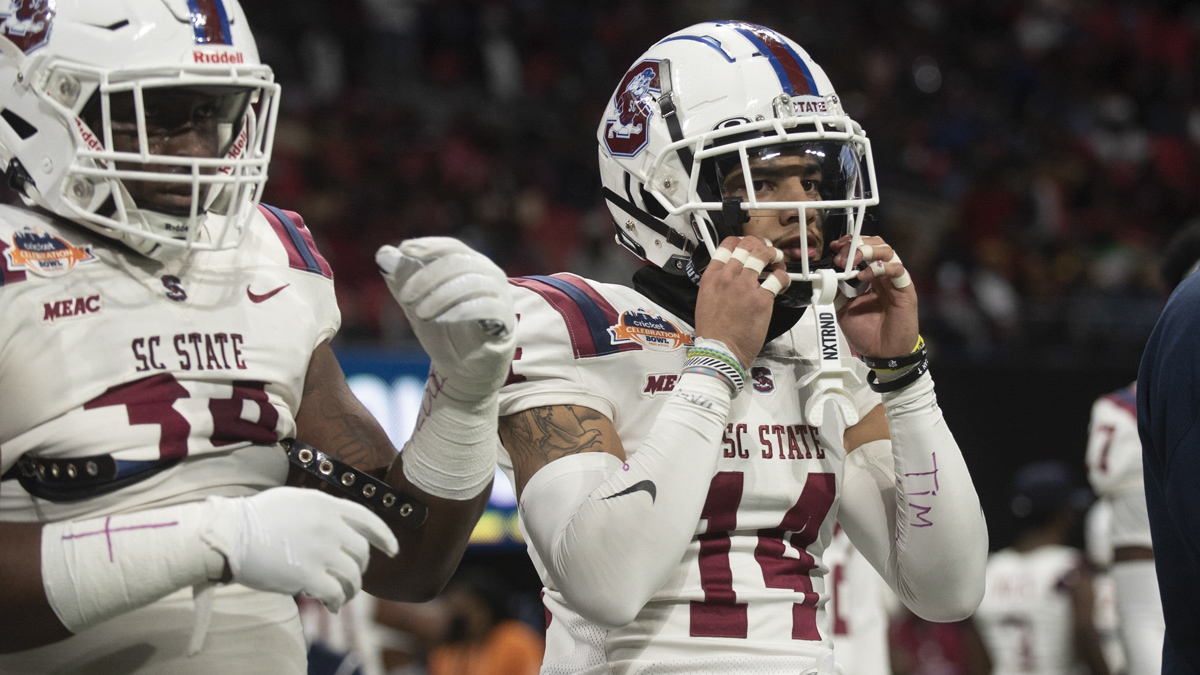 Los Angeles Rams rookie defensive back Decobie Durant has had one heck of a year.

A year ago he was named preseason MEAC Defensive Player of The Year, and then went out and brought the award back to South Carolina State. He then helped SCSU knock off highly-favored Jackson State and win the Celebration Bowl. Now, just months after being selected in the fourth round of the NFL Draft, Durant is turning heads out West.

Durant is getting rave reviews early in the Rams’ training camp after he picked off two passes in his first padded practice in the NFL for the reigning Super Bowl Champions on Friday.

“I’m just really listening to the vets,” Durant told the Los Angeles Times, “so whenever my time is called, I’ll be ready.”

Durant is playing what is known as the “star” position in the Los Angeles Rams defense, meaning he plays both inside and outside cornerback. He’s expected to get many repetitions during the preseason while stars like Jalen Ramsey take their time prepping for another grueling season.

Of course, seeing a former South Carolina State player excel in the NFL is no surprise to HBCU fans. The school has four Pro Football Hall of Famers and likely a future one in Darius “Shaquille” Leonard, whom Durant just missed out on playing with in Orangeburg. While he says Leonard has definitely been a resource for him, he hopes his success is giving his former SC State teammates some inspiration already.

“It’s different when you actually played with a person that has a chance to go to the NFL,” he said. “My teammates … they feel knowing that they played with me and seeing me in the NFL now, on the field, it gives them hope.

“They’re always asking me questions. They’re proud of me and they want to be in this spot too. It makes them get on the grind even more.”

SC State was predicted to win the MEAC on Friday while the future looks bright for its most recent star in the City of Angels.