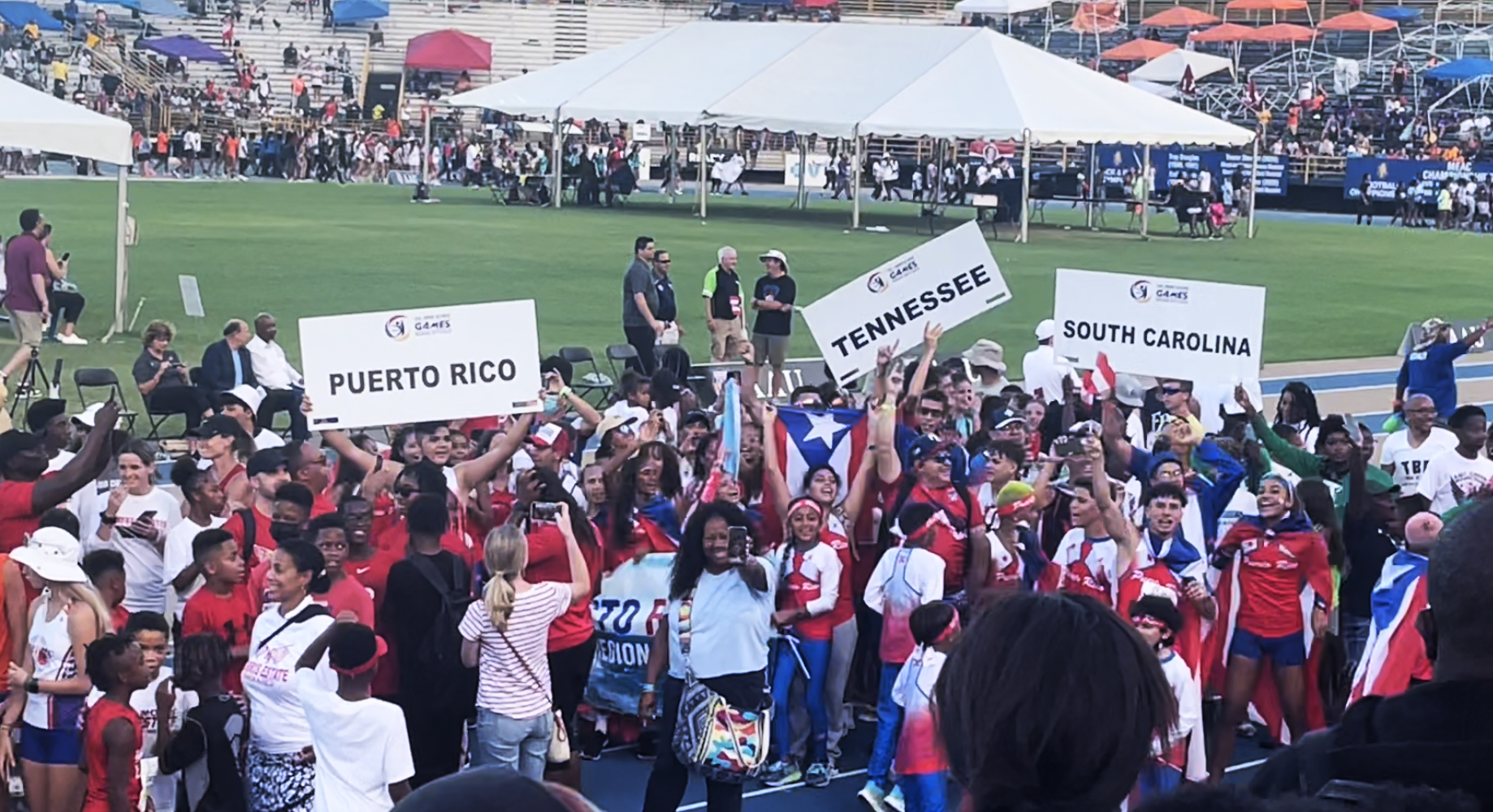 The Parade of Athletes Monday at the AAU Junior Olympic Games was at a fever pitch as a large contingent of the 19,000 athletes in Greensboro for the games marched into NC A&T’s Truist Stadium.

They say that seeing is believing. Well, at NC A&T Monday, I saw.

Of the over 19,000 young athletes in Greensboro for the 2022 AAU Junior Olympic Games (July 26 – August 6), more than 14,000 are competing at NC A&T’s Truist Stadium in the track & field competition. Every nook and cranny of the stadium, inside and outside, is ringed with tents, some of four-sided camping variety, as parents and coaches try to beat the heat and prepare their charges for competition.

But Monday evening, nearly all the athletes – fencers, gymnasts, wrestlers, basketball players, martial artists. swimmers, baton twirlers, young men and women participants in all 20 sports – flowed onto the Stadium’s Marcus T. Johnson Track in the event’s Parade of Athletes. There were representatives from nearly all 50 states and Puerto Rico.

The energy was palpable as the youngsters ages 8 to 18, many accompanied by their parents and coaches and entering the venue by state, danced, sang, jumped up and down and generally rocked the house in a rousing official opening ceremony.

The NC A&T Marching Band’s Drumline led the athletes into the venue and rhythmically banged the drums for nearly an hour while the athletes streamed into and rounded the stadium.

Johnson, in the stadium where he will coach and train the Aggies, had the honor of doing the official ‘Lighting of the Torch’ that ceremoniously opened the games after the procession.

After the Parade of Athletes, the competition continued into past 9 p.m. with competition in girls and boys 200 meters from ages 12 and under thru 17-18 under. Earlier, individual competition, that is expected to draw the largest crowds, began at 8 a.m. and went through 6 p.m.