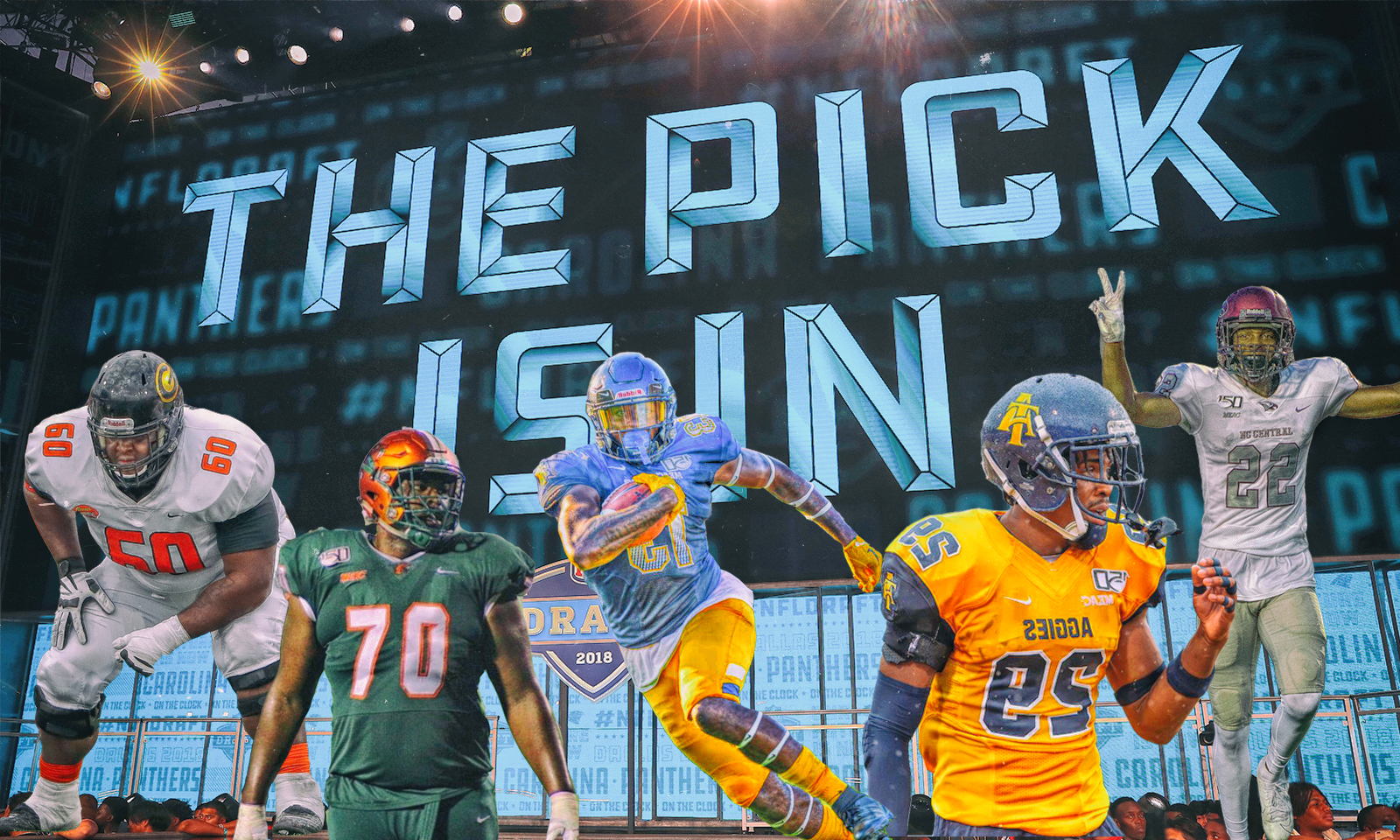 The excitement surrounding HBCU football may be at an all time high but the NFL Draft shows how far black college football still has to go.

The 2021 NFL Draft has come and gone and zero HBCU players were drafted, this marks the ninth time since 2000 there have been no players selected from HBCUs.

Only one HBCU player was drafted in the 2020 NFL Draft as LaChavious Simmons of Tennessee State came off the board in the seventh round. An anomaly that was widely considered fallout from the COVID-19 pandemic, cancelled pro days and the cancellation of the inaugural HBCU Combine.

This year the HBCU Combine went off without a hitch and prospects from HBCU football viewed it as their best chance to hear their name called on draft day.

Of the 460 players listed on the NFL Draft prospect tracker on NFL.com just 5 were from an HBCU.

David Moore, a Guard from Grambling was the highest ranked black college football prospect and was projected to be a fourth or fifth round pick.

Defensive back Bryan Mills of NCCU was also projected to be drafted in rounds four or 5 and North Carolina A&T cornerback Mac McCain was listed as a fifth or sixth round pick.

The majority of FBS football conferences played what games they could in the fall of 2020, while the pandemic cancelled 99.9% of HBCU football in 2020. Putting black college football players behind the eight ball in terms of exposure to professional scouts and adding the uncertainty of not having played competitive football in over a year to the ‘con’ list of every HBCU football player in the 2021 draft class.

Add to that a large number of FBS players opting out of the season over COVID concerns and the result was a bigger than normal draft pool and an oversaturation of talent for one draft class.

While there’s sure to be some HBCU talent signing undrafted free agent contracts in the coming days, not having an HBCU player drafted does take some of the the wind out of the HBCU football sail.

One that has been barreling “full speed ahead” with the excitement of the SWAC’s spring football season, the arrival of Deion Sanders and the anticipation of the SWAC super conference next year when FAMU and Bethune Cookman join in on the all SWAC fun.

Keep an eye on the HBCU Gameday UDFA tracker for all updates on HBCU players signing with NFL teams.