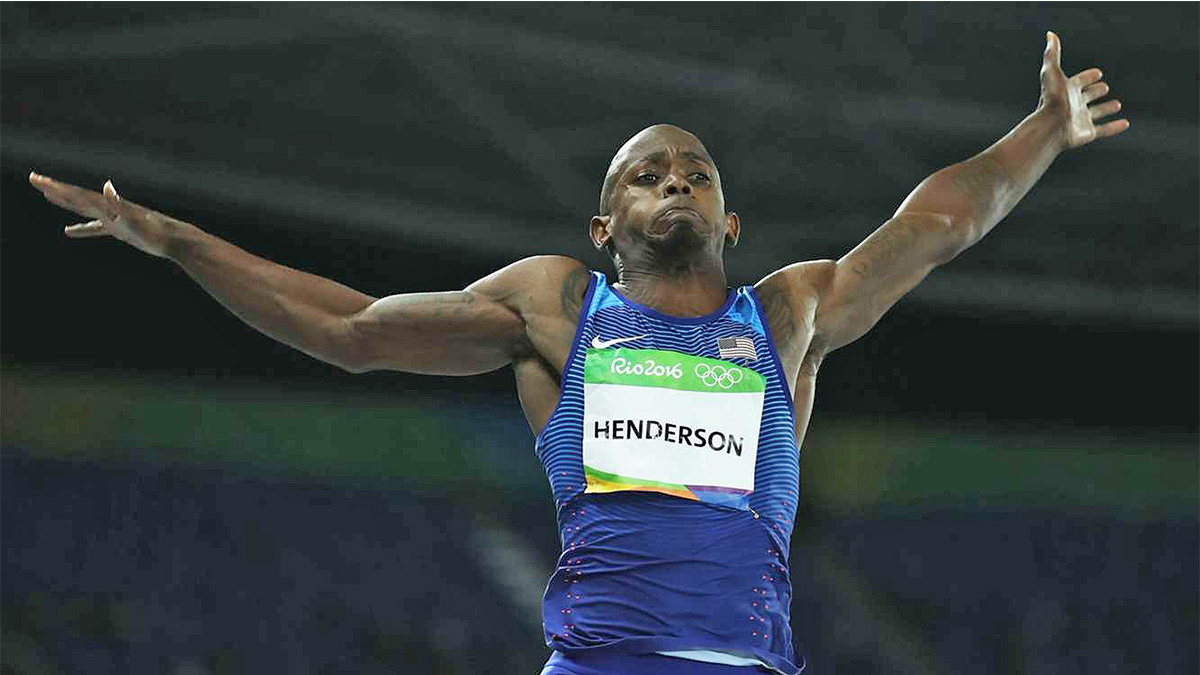 The SIAC returned to the spotlight in the 2000s as Stillman long jumper Jeff Henderson won the only individual gold medal for an HBCU athlete in the last five Olympics in Rio in 2016.

HBCU track & field athletes only picked up relay medals at the 2000 Summer Olympics in Sydney, Australia.

Saint Augustine’s 400 meter specialist Antonio Pettigrew was a member of the 4×400 meter relay team that won the gold medal. In 2008, Pettigrew admitted during the trial of former coach Trevor Graham that he took banned substances when he competed. He was stripped of his gold medal. The four-time NCAA Div. II 400 meter champion was found dead in his car at the age of 42 in 2010.

Hampton’s James Carter, who came in as the leading American in the 400 meter hurdles, finished fourth in the finals.

The 2004 Summer Games were held in Athens, Greece and were known as the Games of the XXVIII Olympiad. Alabama A&M’s Jearl Miles-Clark made the finals of the 800 meters but finished sixth. Clemson’s Duane Ross, now the director of track & field programs at North Carolina A&T, made it to the semifinals of the 110-meter hurdles. Hampton’s James Carter finished fourth in the 400 meter hurdle finals for the second straight Olympics. Stirrup was on the Bahamas 4×100 relay team that finished fourth.

In 2008, the Summer Olympics were held in Beijing, China where HBCU track and field athletes returned to the medal stand. Bronze medals for third-place finishes went to Saint Augustine’s Bershawn “Batman” Jackson in the men’s 400 meter hurdles and Howard’s David Oliver in the men’s 110-meter hurdles. Oliver returned to Howard in 2017 to serve as the director of track and field.

Norfolk State’s Chris Brown, running for the Bahamas, won a silver medal in the 4×400 meter relay finishing behind the U. S. Brown finished just outside of the bronze medal finishing fourth in the 400 meters.

Tinsley, Wells and Gordon come through in London 2012

Hampton’s Francena McCorory finished sixth in the women’s 400 and was a member of the 4×400 relay team that won gold.

Stillman’s Jeff Henderson was the lone HBCU star at the 2016 Summer Olympics in Riio de Janeiro, Brazil. Henderson had a leap of 8.38 meters to win the gold medal in the long jump.