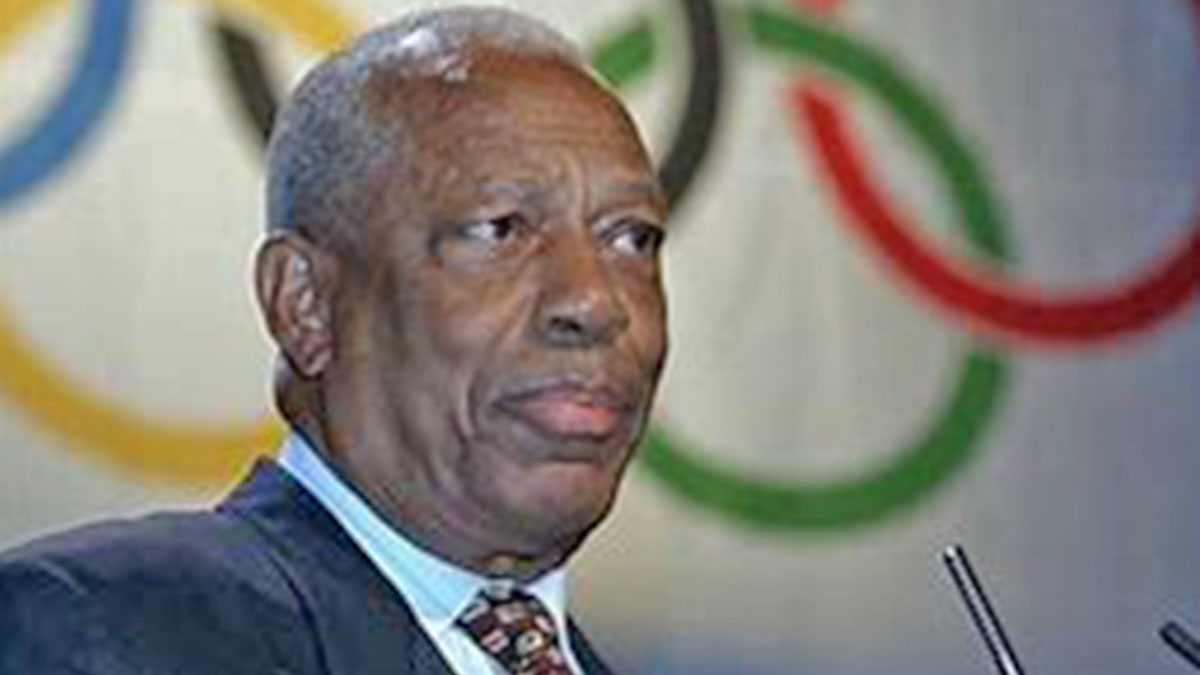 An HBCU product, Dr. Leroy Walker, the first African-American to head the United States Olympic Committee (USOC) was in the spotlight as the 1996 Games came to Atlanta.

An HBCU track & field legend played a central role in the Centennial Olympic Games in Atlanta in 1996. As the head of the United States Olympic Committee (USOC) Chairman Dr. Leroy Walker, a Benedict College graduate and the former chancellor and track coach at North Carolina Central University, led the U. S. delegation into the Olympic stadium. It was a rousing sendoff to those historic games.

The more than 30-year involvement of Dr. Walker in the Olympic movement and his rise to lead the American contingent is a shining example of the contributions HBCU track & field athletes, coaches and officials have continually made in the Olympic Games.

HBCU track and field athletes did kick up some sparks at the Centennial Olympic Games in Atlanta in 1996 but they didn’t have performances like Michael Johnson, Donovan Bailey, Carl Lewis or Marie Jose Perec.

Hemmings makes a splash in Atlanta

Jamaica’s Deon Hemmings (McCatty) may have been unknown to many but not to her competitors in the 400 meter hurdles. The 1993 Central State graduate took home the gold medal in Atlanta and set a new Olympic record of 52.82 in the final. Hemmings ran 52.99 in her semifinal heat to break the old Olympic record of 53.17. World record holder Kim Batten won the silver medal. Hemmings also ran anchor for Jamaica’s 4×400 meter relay team that finished fourth.

Hemmings was the last of a package of five Jamaicans that came to Central State and Coach Josh Culbreath. The other athletes told Culbreath that at least because of her academic prowess Hemmings could help them hit the books.

Hemmings, then 27, went on to win seven National Amateur Intercollegiate Association (NAIA) individual national titles and was a member of 1991 and 1993 NAIA national championship teams while at Central State. She finished fourth at the 1992 Olympics in Barcelona in the 400 hurdles and was third behind Batten at the 1995 world championships. She finished Central State with a 3.0 GPA in business administration went on to graduate school at the University of Texas where she trained.

Norfolk State product Chandra Stirrup, running for her native Bahamas, may have been the busiest black college athlete at the Atlanta Games running in three events. The 24-year-old former CIAA and NCAA Div. II sprint champion finished fourth in the 100 meter dash, just .04 of a second out of a medal. In the 200 meter finals, she finished sixth. She later ran a leg on the Bahamas 4×100 meter relay team that set a new national record time of 42.14.

At 29, Jearl Miles was approaching her prime. She left the Atlanta Games with a relay gold medal and an excellent fifth-place finish in the 400 meters. She won the gold medal anchoring the U. S. 4×400 meter relay team to a time of 3:30.91, the best time in the world that year. Miles was given the honor of running anchor after being the loan American to make the 400 finals. She finished fifth with a personal best time of 49.55.

Norfolk State’s Tim Montgomery went home with a silver medal from Atlanta. He earned a spot on the US 4×100 meter relay team by virtue of his fourth-place finish at the Olympic Trials in the 100 meters. He ran the third leg of the opening and second-round heats but was replaced in the finals. The U. S. team finished second to Canada.