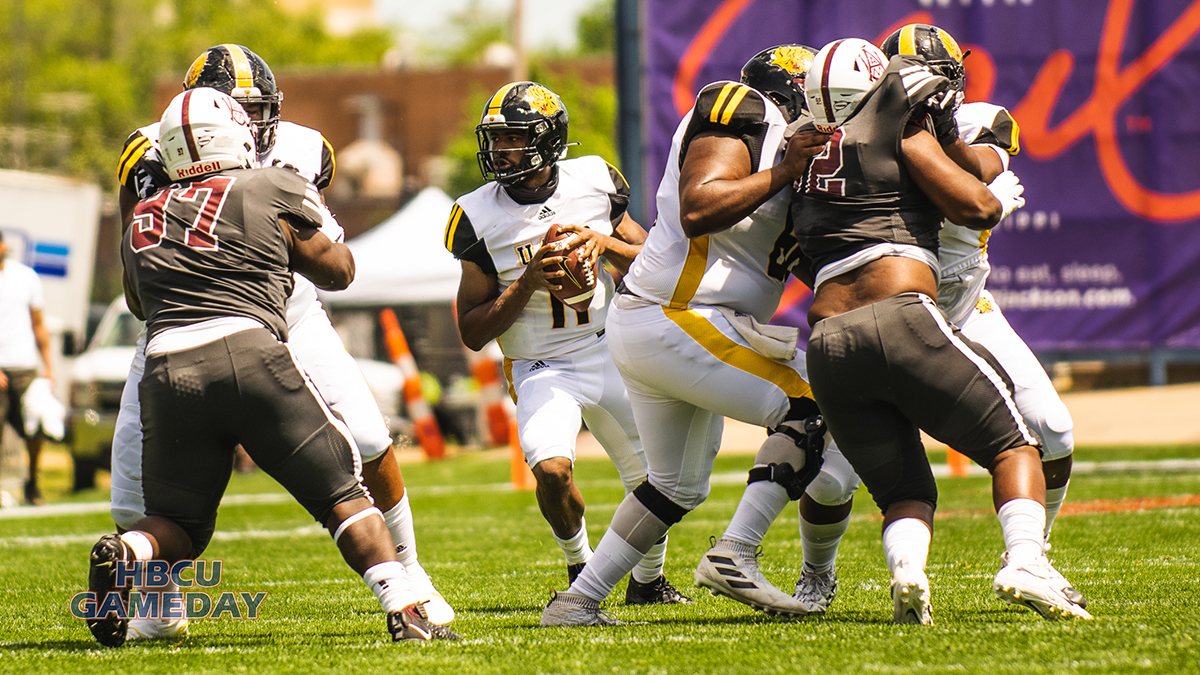 Defending West Division champion had 11 players on the preseason all-SWAC team but was picked to finish fifth in its division.

Arkansas-Pine Bluff, in the spring 2021 season, broke the seven-year stranglehold that Southern (four titles) and Grambling State (three titles) had on the SWAC West Division football crown. The Golden Lions beat both teams (33-30 over Southern and 48-21 over Grambling State) on the road.

UAPB then took East Division champion Alabama A&M to the wire before falling 40-33 in the 22nd SWAC Championship Game.

In the preseason all-SWAC picks for the fall 2021 season, unveiled at last week’s SWAC Media Day, UAPB had eleven players voted to the roster, tops in the conference.

Arkansas-Pine Bluff fifth in the West?

The big question then, is why the Golden Lions were picked to finish fifth in the six-team West Division this fall in voting by the league’s head coaches and sports information directors?

That question is not important to second-year head coach Doc Gamble.

“That’s just other people’s opinions,” said Gamble, whose team was 4-1 in the spring. “I can’t think for them or vote for them. We had a great season, but we didn’t finish. Right now, the expectation is to put it past us and look forward to this fall.”

The biggest change from falling short before and getting past Southern and Grambling last year is attitude, said Gamble.

“The guys that we have, have played against them before. And you just get tired of coming away saying we were the better team and had a chance to win, and should have won. Or going into the games hoping to win and hoping to keep it close.

“Now, we’re going into the game saying we’re supposed to win, we expect to win. If we don’t win, we’re shocked. The case for us, week in and week out, is winning football games and everyone is on schedule.”

Gamble chalks the championship game loss to Alabama A&M up to penalties.

“13 for 139,” he said of the number and yards in penalties his team committed, “that was the difference in the game. For every 100 yards you give up in what we call, ‘the hidden yardage battle,’ that equals seven points. That’s telltale because we loss by seven points.

”The biggest key for us is cutting down on our penalties. Our guys will have grown because we’re going to bang it over their heads that the difference in games comes down to mental mistakes, mental errors. We’re going to work our way through this training camp and teach them how to eliminate those things so it does not come into play this fall.”

“Those guys are surrounded by good players,” said Gamble, who mentioned offensive lineman Ryan Atkins-Frazier and defensive linemen Zion Farmer and Jacari McKinney among others.

“We’re just looking to get back to the SWAC championship,” said Evans, a two-time all-SWAC performer who wanted it known he had no holding or false start penalties in the championship game. “But we’re going to win it this time.”