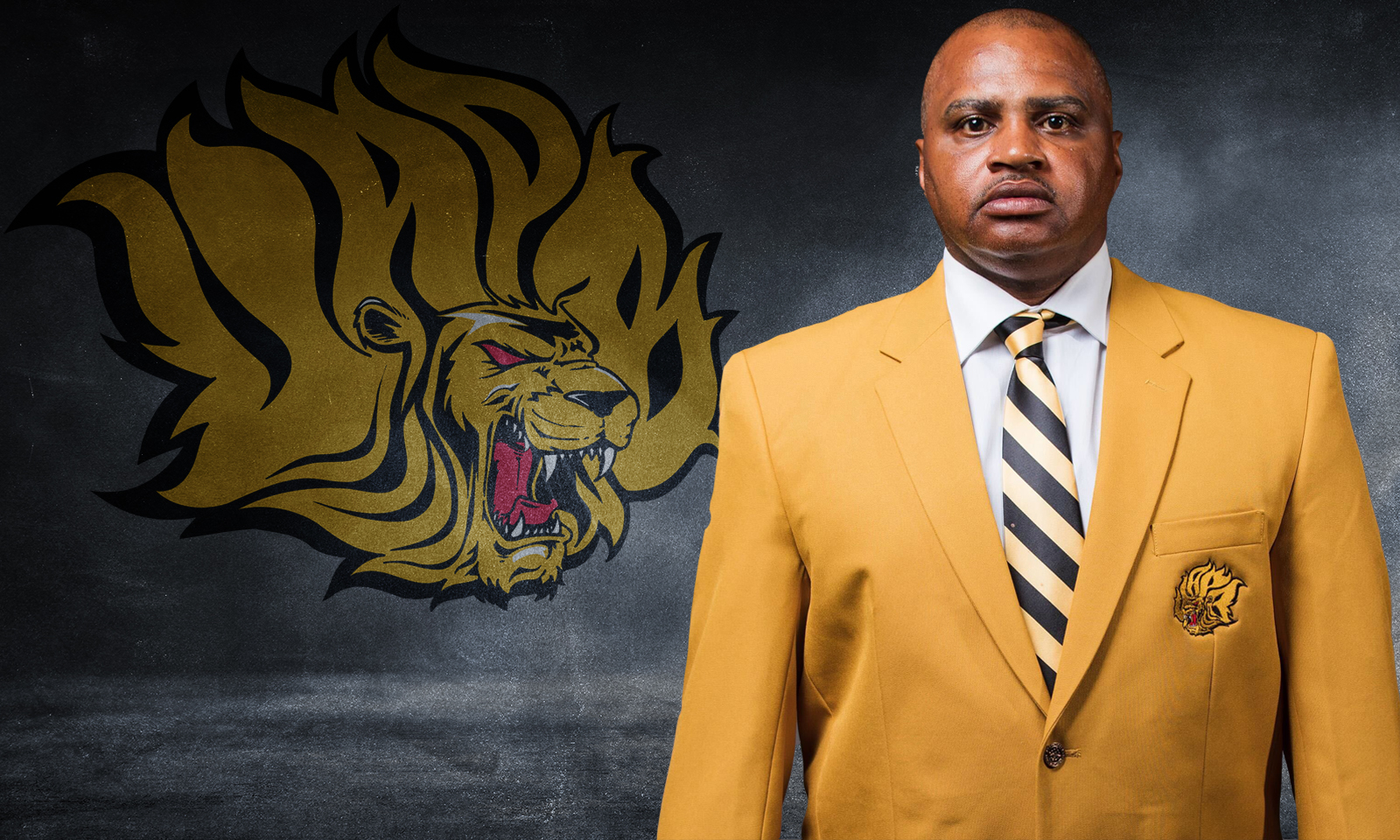 Golden Lions of UAPB have found their next Head Football Coach

PINE BLUFF, Ark. – The University of Arkansas at Pine Bluff has named Charles ‘Doc’ Gamble as Head Football Coach.The 21st head coach in program history enters his third season with the UAPB, having joined the staff as assistant head coach and quarterbacks coach in the spring of 2018.

“We are excited to officially name Doc Gamble as our head football coach,” said UAPB Vice Chancellor / Director of Athletics Chris Peterson. “He has played an integral role in the growth and improvement of our program in recent years and it was important for us to keep that momentum going. Doc is ready for this next step in his career, and we are confident he will continue the ascension of our program to become a consistent SWAC contender.”

In 2019, the Golden Lions ranked second in the SWAC in passing yards with 3,105. Using a two-quarterback system most of the year, Shannon Patrick (2,250 yards, 19 TDs) and Skyler Perry (784 yards, 8 TD) along with Taylor Holston combined to rank third in the conference in touchdown passes with 28 as UAPB football posted a 6-5 record, the program’s first winning season since 2012.

“It’s an honor to be named head football coach at Arkansas At Pine Bluff,” Gamble said. “I’m appreciative and thankful to the university administration for this opportunity. In coming here with (former UAPB head coach) Cedric Thomas two years ago, we felt as a staff we could rebuild the program, and due to the hard work and dedication of the players, a great foundation has been laid. Our staff will remain diligent in our effort to put our players in the best position for success in the classroom and in competition to have a team and program that Golden Lion Nation will continue be proud of.”

In Gamble’s first season at UAPB in 2018, he guided a pair of first-year quarterbacks to solid seasons. Junior college transfer Patrick got off to an explosive start in throwing for 700 yards with six touchdowns and no interceptions in two games before an injury to his throwing hand sidelined him for the rest of the season. True freshman Perry started the final eight games, passing for nearly 1,800 yards and eight touchdowns.

Prior to UAPB, Gamble spent five seasons at Kent State University as wide receivers coach. In Gamble’s first season with the Flashes (2013), Dri Archer earned All-MAC honors as a slot receiver. Wideout Chris Humphrey doubled his output from the previous season, catching 51 passes for 613 yards and three touchdowns, the most yards by a Kent State receiver since 2010.

In 2014, Humphrey matched his 51 catches and topped his receiving yard total (635) in 11 games. He was also named to the Academic All-MAC Team. Sophomore receiver Ernest Calhoun had a breakout season with 33 catches for 319 yards, while redshirt freshman Kris White totaled 25 catches for 270 yards.

Prior to Kent State, Gamble coached running backs and tight ends and served as the recruiting coordinator at Alcorn State University.

Prior to Alcorn State, Gamble spent one season as an offensive assistant at the University of Cincinnati. The Bearcats went 10-3 in 2011 and won a share of the Big East title.

From 2003-07, and from 2009-11, Gamble coached at his alma mater, Withrow High School in Cincinnati, Ohio. He posted a 53-19 record and a pair of playoff appearances. He also served as the head football coach at Fairfield High School for one year (2008). During his time at Withrow and Fairfield, 120 of his student-athletes went on to play college football at various levels

Golden Lions of UAPB have found their next Head Football Coach