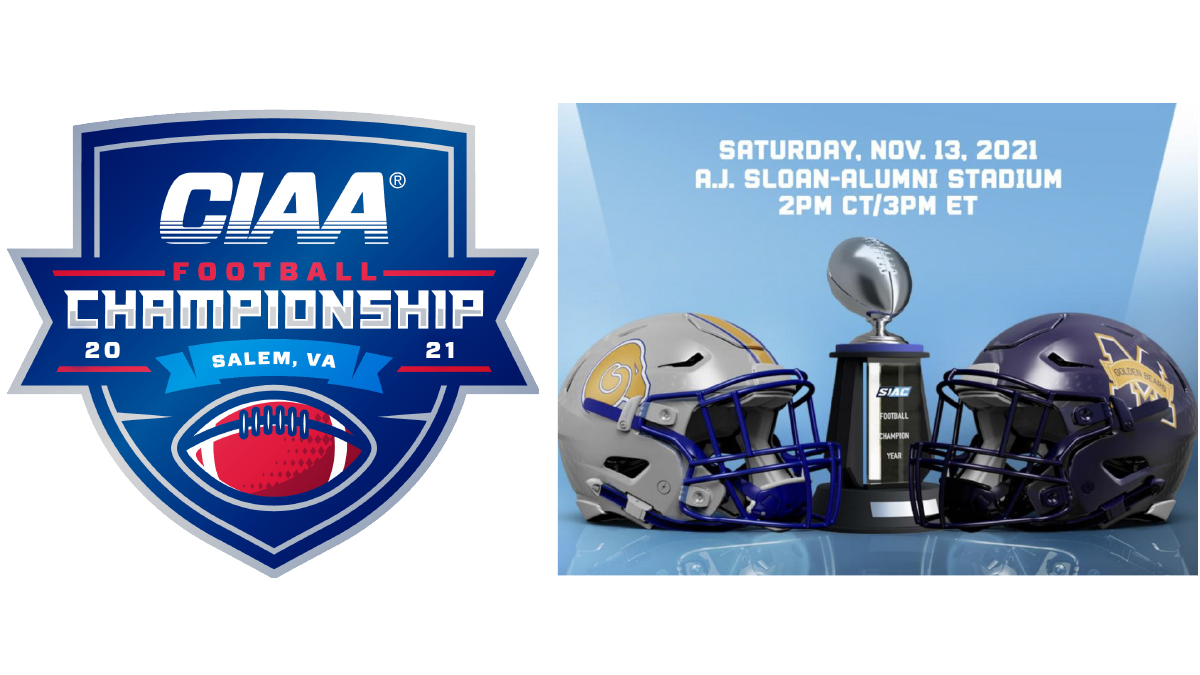 Championship Games in the CIAA and SIAC and down-to-the wire battles in the SWAC and MEAC are set for Week 11. The first playoff berths will be determine this week. Stay tuned!

Week 11 of the HBCU Football Rundown represents the end for some conferences and a continuation for others.

The 2021 NCAA Div. II football campaigns have wound through ten grueling weeks for the CIAA and SIAC regular season races to end at the same places they have for the last two campaigns.

For the FCS conferences – the MEAC and SWAC, as well as the OVC and Big South – regular season play towards crowning a champion continues this week. Those titles will be determined over the next two weeks.

The results in both conferences have also been the same.

Bowie State has won the last two CIAA championship games. Ditto for Miles in the SIAC. There are a few reasons this year’s outcomes may be different.

Of course, that has not sat well with Hayes. He has vowed after each of those losses that his team and program were taking the steps necessary to reverse those outcomes.

As the scores of those title games indicates, one of the things Hayes had to address was his team’s ability, or lack thereof, to put points on the board. To that end, the Broncos finished as the second-highest scoring team in the CIAA (to Chowan’s 38.5 ppg.) at 32.9 points per game this season. The Broncos were just above Bowie State, who scored at a 32.3 points per game clip.

Perhaps the additional tell-tale sign that the combatants are more evenly matched now is on defense. The two are on near even terms when defensive numbers are compared.

Defense wins and both are good

Fayetteville State leads the CIAA in total defense surrendering just 203.1 yards per game and in scoring defense giving up just 12.0 points per game. Bowie State trails in both categories but not by much. The Bulldogs give up just 208.9 yards and 13.8 points per contest.

Given these numbers, it is easy to see why both teams were undefeated and dominant in their respective divisions.

Tyeous Sharpe, who also doubles as a dangerous kick returner. leads the FSU receivers with 38 catches for 499 yards and 7 TDs. Keshan Hickley tops the Bowie State receivers with 24 grabs for 344 yards and two scores.

Who plays better between the two stingy defenses is likely to determine Saturday’s winner.

The defensive playmaker and disruptor for the Broncos is 6-3, 280-pound graduate defensive end Keyshawn James. He has totaled league-bests of 10.5 sacks and 21.0 tackles for loss this season and leads FSU with 62 tackles. Redshirt sophomore Jonathan Ross (6-3, 260) and redshirt junior Joshua Pryor (6-4, 280) have been the defensive standouts for BSU. Ross has 19.0 tackles for loss and six sacks while Pryor has 15.5 TFL and five sacks. BSU freshman defensive end Joseph Murray has posted eight sacks.

Fayetteville State and Bowie State dominate the all-CIAA teams that were just announced on Wednesday. FSU placed 11 players on the team with James chosen as the defensive player of the year and senior Greg Brooks named the offensive lineman of the year. BSU players garnering nine spots. Wilson was named coach of the year. Bowie State is ranked 12th nationally in the AFCA Div. II Coaches Poll.

The scenario entering the SIAC Championship Game is similar.

Though the score indicates a blowout, it wasn’t that way. Albany State capitalized on Miles mistakes while Miles did not do the same. ASU scored off an interception and fumble recovery to pull away.

Albany State has surrendered just 5.2 points per game, tops in the SIAC and best in all of NCAA Div. II football. The Golden Rams have four shutout wins and have only surrendered double-digit points in three games.

Miles an underdog again. Watch out!

Both the CIAA and SIAC are in Super Region II as it relates to NCAA Div. II designations for postseason play.

In this week’s rankings, Bowie State is second and Albany State third in the region. Savannah State of the SIAC is eighth and Fayetteville State is tenth. Only seven teams from each of the four Div. II regions make the 28-team playoff field.

Based on the rankings going into this week’s CIAA and SIAC title games, both Bowie State and Albany State are likely to make the playoff field from the region. Fayetteville State has an outside shot to get in to one of the seven slots with a win over BSU.

There were some key developments in the SWAC and MEAC football races this past weekend but the races are not quite over.

The big news in the SWAC was in the West Division where Alcorn State dropped a 35-31 decision to previously winless Bethune-Cookman Saturday.

The loss gives Prairie View A&M (7-1, 6-0) a two-game lead in the West over Alcorn State (5-4, 4-2 W) and at least a share of the division title. The Panthers and Braves have just two conference games left.

The big news in the MEAC Saturday was Norfolk State’s 38-36 double-overtime loss to North Carolina Central.

That decision gives South Carolina State (5-4, 4-0) and head coach Buddy Pough at least a share of the league’s regular season title. The Bulldogs can claim the title outright and a spot in the season-ending Celebration Bowl with either a win in its last game on Nov. 20 vs. Norfolk State or a Norfolk State loss.

Both NC A&T (4-5, 3-3) and Hampton (4-5, 2-3) are just behind Kennesaw State (5-0) and Monmouth (5-0) in the Big South but out of contention for the league title. NC A&T has a non-conference game against former MEAC rival South Carolina State in Orangeburg, SC (1:30 p.m.) this Saturday before finishing with conference foe Gardner-Webb next week.

SATURDAY, NOVEMBER 13, 2021
Bethune-Cookman vs. Grambling State in Grambling, LA 11 am