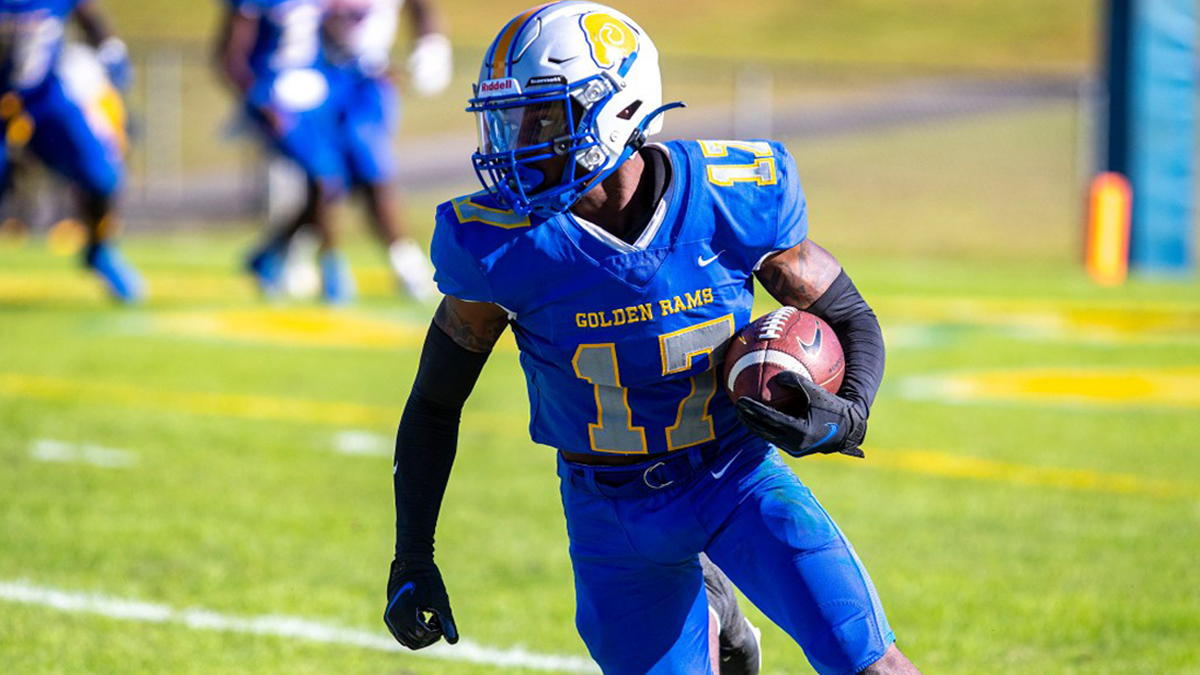 The SIAC football championship will feature Miles College and Albany State University for the sixth time. Here are the matchups to watch.

The SIAC football championship will feature Miles College and Albany State University for the sixth time. Here are the matchups to watch as the Golden Bears take on the Golden Rams this Saturday in Fairfield, Alabama.

The Miles College offense has been getting it done on the ground. The Golden Bears finished third in the conference in rushing yards per game with an average of 208. Junior running back Donte Edwards has been a key contributor averaging 98 yards a game and putting up eight touchdowns on the season. Edwards is the leading rusher in the SIAC and will have no intention to slow down. He will be facing off against an Albany State defense that is number one in the SIAC in stopping the run. Albany’s junior linebacker Stephan Pierre has been a tackle machine racking up 52 in seven games. Pierre and the Golden Rams will have their hands full trying to contain the Golden Bears rushing attack.

Albany State’s strength this season has been their defense. The defense typically wins championships but getting help from the offense is always essential. ASU’s sophomore quarterback Dionte Bonneau will need to play a clean game against an aggressive Miles College secondary. Miles College has the second-best pass defense in the conference and has grabbed six interceptions in 10 games. Junior linebacker Mitchell Smiley has two alone. Bonneau has been struggling to make safe passes downfield as his completion rate is only 51%. He has thrown six interceptions to nine touchdowns this season. Miles College’s secondary will be looking to force Bonneau to keep making mistakes.

Albany State’s freshman running back Marcuis Fulks has ten rushing touchdowns in ten games. His production has made him a leading scorer in the conference. Fulks is averaging 4.8 yards a carry and 77 yards a game. Miles College’s sophomore linebacker Andrew Gaylor has been a consistent run stopper all season. He leads the team in total tackles with 54 and also has three pass breakups and a sack. Gaylor will be the primary candidate to try and slow down Fulks on Saturday. Both teams have stellar run defenses but one will be forced to bend or break.