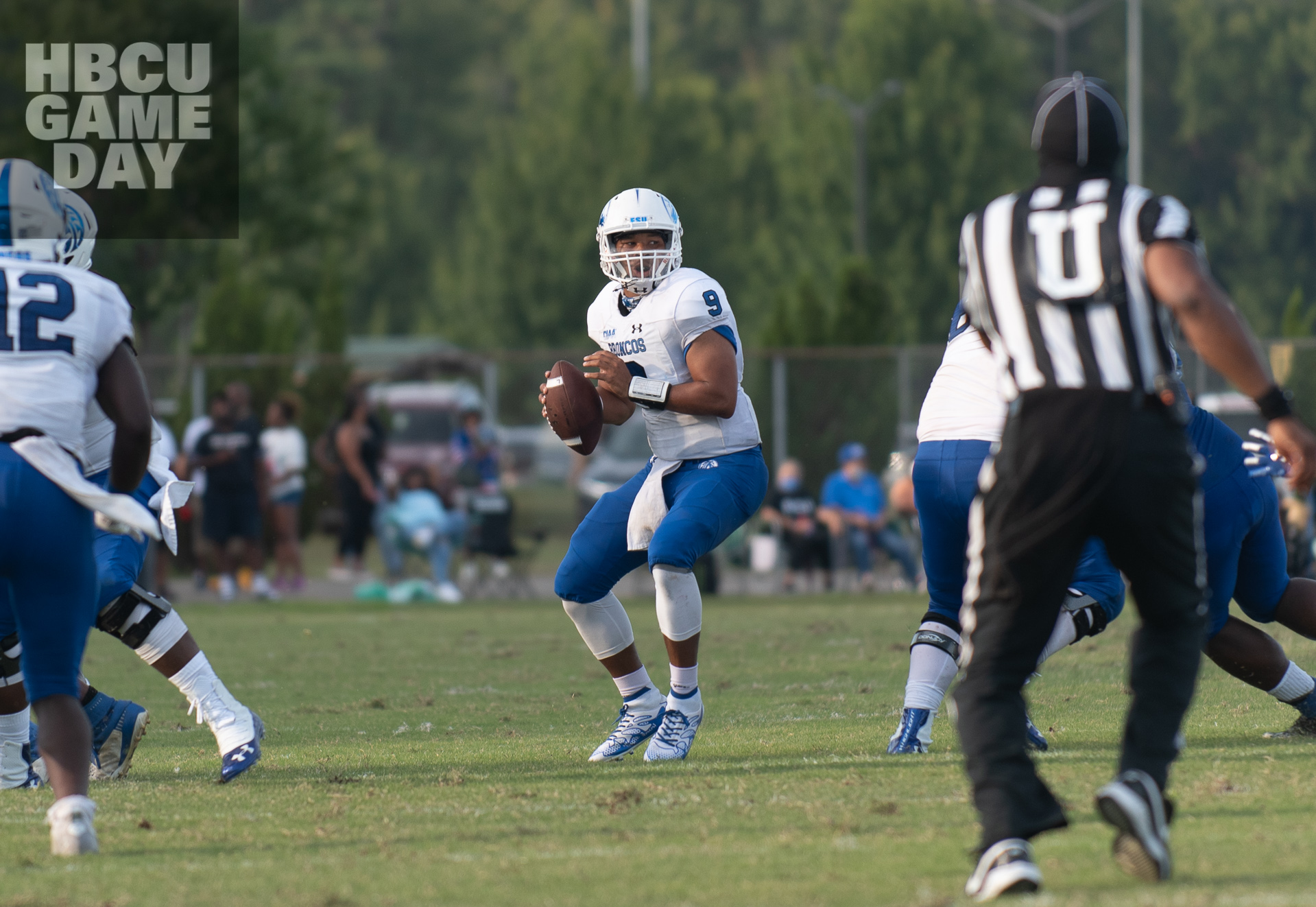 The CIAA football championship will feature the Fayetteville State Broncos and the Bowie State Bulldogs for the third straight year.

The 2021 CIAA Championship football game will feature the Fayetteville State University Broncos and the Bowie State Bulldogs for the third straight year. The Bulldogs beat the Broncos in the last two CIAA Championship games and are looking to repeat in Salem this weekend. Here are the matchups to watch this Saturday.

Bowie State will bring the best rushing offense in the CIAA to Salem, VA on Saturday. The Bulldogs are averaging 196.7 yards a game and 4.5 yards a carry. They are led by senior running back Calil Wilkins. Wilkins is averaging 94.3 yards a game and five yards a carry. The Bulldogs will be matching up with a Broncos defense that is built to stop the run. Fayetteville State has been holding opponents to an average of 89 yards a game and less than three yards a carry. Junior linebacker Gerald Simpson has been a tackle machine for Fayetteville State. Simpson has 60 tackles in nine games and two sacks. He will have his hands full with Calil Wilkins and the Bulldogs rushing attack.

Fayetteville State senior quarterback K’Hari Lane has been having a year. Lane has thrown an average of 231 yards a game for 20 touchdowns in nine games. His completion percentage is almost at 66 percent and he has only thrown five interceptions. Lane will be playing against a Bowie State secondary that has only allowed an average of 124 passing yards a game. The Bulldogs secondary has been lockdown and holding opposing quarterbacks to an average completion rate of 45 percent.

Bowie State has a lot of playmakers downfield that have made 11 interceptions this year. Sophomore defensive back Raymond Boone has three alone. K’Hari Lane will have to be at his best to make plays against a troublesome Bowie State secondary.

With both teams expected to play a solid defensive game, the special teams unit could be a difference-maker to get points on the board. Bowie State field goal kicking has been shaky this season as they are 7-11. FSU isn’t much better as they have only made 13 of their 20 field goal attempts. The Broncos have also missed 10 of their 33 point after attempts. Neither team can afford to leave points off the board in the CIAA Championship game on Saturday.