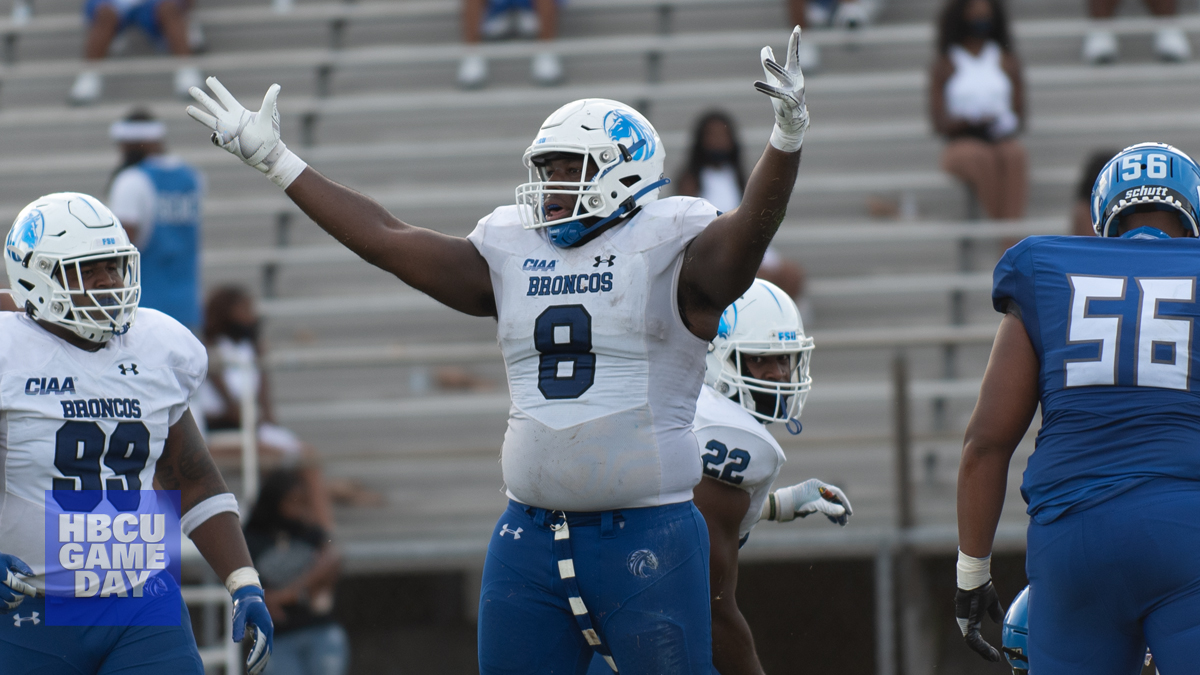 The CIAA has released its 2021 postseason awards, including Offensive And Defensive Players of the Year, as well as it’s all-conference team.

During his senior season, Witt passed for 2864 yards on 220 completions, averaging 286.4 yards per game, with 31 touchdowns and a 66.3 completion percentage, all of which led the CIAA. The Sutherland, VA native had a 167.1 efficiency rating and added 11 rushing touchdowns, ranking second in the conference in both categories. One of the most prolific passers in Division II, Witt ranks top 10 or better nationally in several categories – including second in point scored (252), second in points scored per game (25.2), eighth in passing touchdowns, eighth in passing efficiency, ninth in completion percentage, and tenth in passing yards. He also ranks top 16 nationally in both completions per game and passing yards per game as well as 18th in rushing touchdowns. Witt helped Chowan lead the CIAA in scoring offense at 38.5 points per game (14thin nationally) and total offense at 432.2 yards per game during the regular season while posting their highest win total since 1983.

James, a native of Cayce, SC, led the league during the regular season with 21 tackles for loss and 10.5 sacks, good for second and fourth in the nation respectively. The senior defensive lineman ranks ninth in the CIAA with 62 total tackles while his four forced fumbles on the season is second-best in the conference and ties for third in Division II. James helped Fayetteville State lead the CIAA in scoring defense at 12 points per game and total defense at 203.1 yards per game during the regular season, securing their fourth straight CIAA Southern Division title.

Laudet totaled 42 punts for 1774 yards, leading all CIAA punters with 42.2 yards per punt, while landing seven inside the 20 with three touchbacks. The Stillwater, MN native also led the league with 10 punts of 50 yards or more with a long of 59 yards.

Brooks led an FSU offensive line unit that is responsible for the Broncos finishing second in the conference in both scoring offense (32.9 point per game) and total offense (394.4 yards per game) while giving up a league-low 13 sacks throughout the regular season. The Walkertown, NC native is a three-time All-CIAA selection (2017, 2019, 2021) and earned all-region honors in 2019.

Bowie State Head Coach Damon Wilson was voted CIAA Coach of the Year for the second straight season by league media and coaches. Wilson led Bowie State to a 9-1 regular season, including 9-0 against Division II competition, and a third consecutive CIAA Northern Division crown with a 7-0 record in conference play. Wilson and Bowie State have been in the Division II Top 25 all season, ranking as high as no. 8 nationally in one poll, and will play for their third straight CIAA championship on Saturday, November 13.

Byers, a running back from Hammonton, NJ, led all CIAA rookies with 910 rushing yards, averaging 5.4 yards per carry. He leads the conference with 12 rushing touchdowns, which currently ranks within the top 15 nationally. A defensive lineman from Jacksonville, NC, Anderson finished with 37 total tackles while leading all CIAA rookies with 20 tackles for loss and nine sacks, ranking second in the conference in both categories. His two tackles for loss per game is tied for fourth in all of Division II while 20 total stops behind the line of scrimmage is tied for third nationally.

Fayetteville State leads the way with 11 All-CIAA selections followed by Bowie State and Chowan with nine selections each. Shaw had the most all-rookie selections with four followed by Elizabeth City State with three.