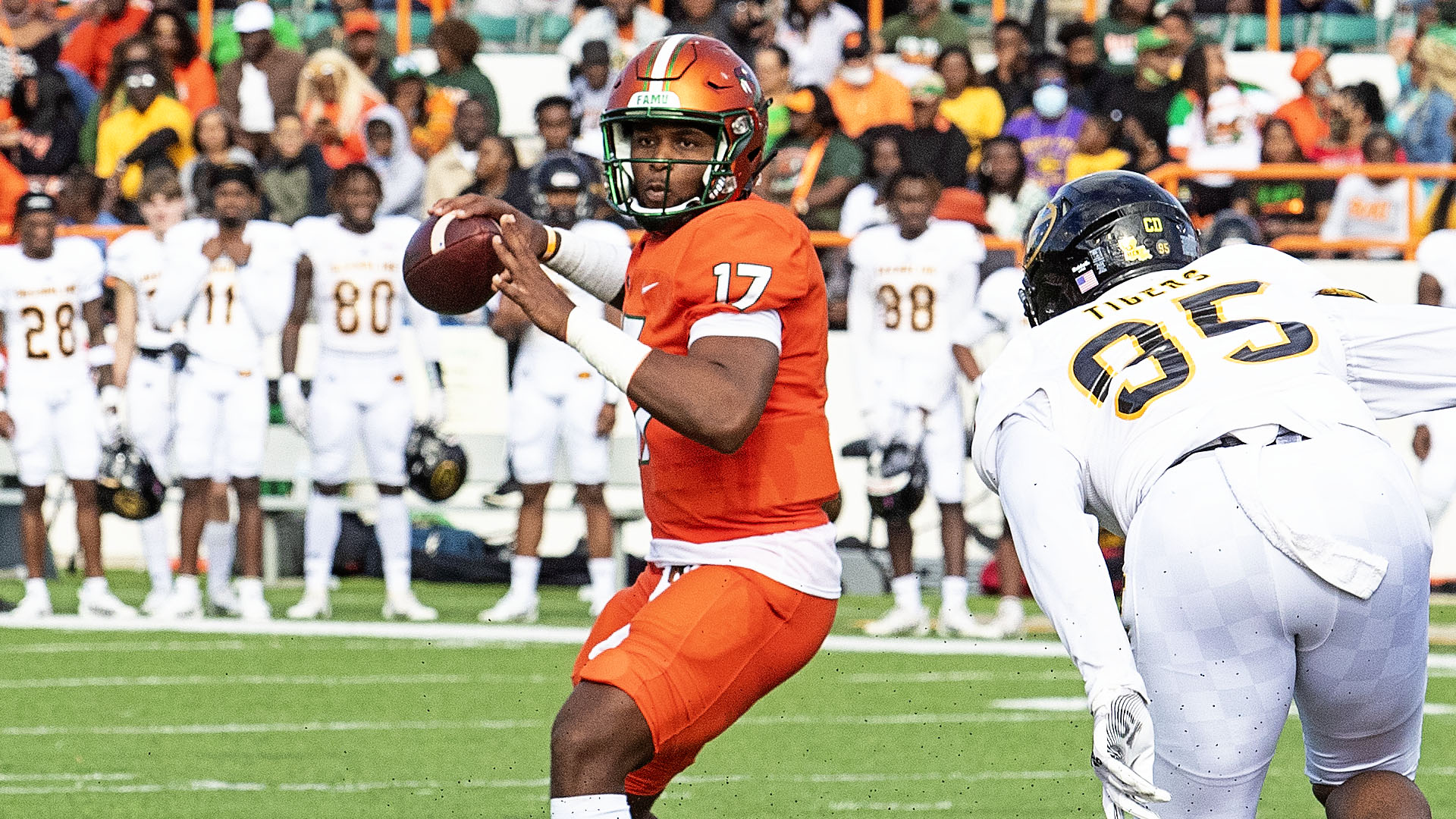 With a six-game winning streak and just one FCS loss, a FAMU push for the FCS playoffs is gaining steam. But an unchecked error on the NCAA site needs some clarity, ASAP.

As far as FAMU football is concerned, it is finally getting the respect it deserves.  After a long season with just one FCS loss, a one-point loss to HBCU No.1 Jackson State, Florida A&M’s push for the FCS playoffs is garnering national attention.

The Rattlers started off with the 7-6 loss in Miami in the Orange Blossom Classic and after nearly two full years without competition, the team could have folded.  Head coach Willie Simmons challenged his team after the game to straighten up or be in for a long debut season in the SWAC.  The team has responded and reeled off six straight wins.  In the process they have extended their home game winning streak to 10.

According to Emory Hunt on the CBS Sports Power Rankings team, “Winners of six straight games, the Rattlers have done everything you’d want them to do following their 1-2 start. If they win out, it’ll be hard to keep a nine-win team with eight DI wins out of the playoffs.”

The second loss was to the USF Bulls of the FBS division.

This sounds great, but if anyone is not taking anything for granted it’s Simmons.  Simmons coached an 8-2 Prairie View team in 2015 that was hoping for a bid to the FCS playoffs, one that never came.

Adding to the confusion is the NCAA’s own website.  A Nov. 7 article on the NCAA Website by Stan Beckton clearly says “Before we start, remember that the Ivy League, MEAC and the SWAC do not participate in the FCS Playoffs.”

MEAC and SWAC teams are eligible for At-Large bids

The incorrect statement suggests that the HBCU leagues are not able to participate in the NCAA FCS playoffs, but that is far from true.  There are 24 slots in the FCS Playoffs, of which 11 are reserved for automatic qualifiers.  The automatic qualifiers are winners of conferences who meet all of the requirements of completing their seasons before the FCS Playoffs are to begin.

The remaining 13 teams selected for the playoffs are via at-large bids.  These teams receive invitations.  They are often second place teams in conferences where the champion has already received an automatic bid.

The champions in the MEAC and SWAC are designated to play in the Celebration Bowl per conference agreements.  This is one of the major reasons that the conferences do not get automatic bids.  They have only Hampton University as representation on the playoff committee. However, exceptional second place teams are eligible for the NCAA FCS Playoffs, and have been selected.

There is prescient for a FAMU or HBCU at-large bid

Of course the perceived bias in the NCAA FCS (I-AA) playoffs goes all the way back to the first I-AA playoffs in 1978.  The four playoff teams in that year were FAMU, Jackson State, University of Massachusetts and Nevada.  The NCAA has a history of making regional matchups, meaning the optimal regional matchups would have been FAMU vs UMass and JSU vs Nevada.  Instead, FAMU and JSU were made to play each other and UMass and Nevada played each other.  Skeptics during the time wondered if the NCAA scheduled in this manner as not to have FAMU and JSU in the national championship game together.

Fast forward 43 years later and the perception from the deception on the NCAA Website is a cause for concern.  After all, the NCAA is the governing body that controls the FCS Playoffs.

Of course, the NCAA voters know the truth. But the NCAA’s site should correct this unchecked error or else it will feel like it was setting things up to justify a 9-2 HBCU being left out of its playoff field.