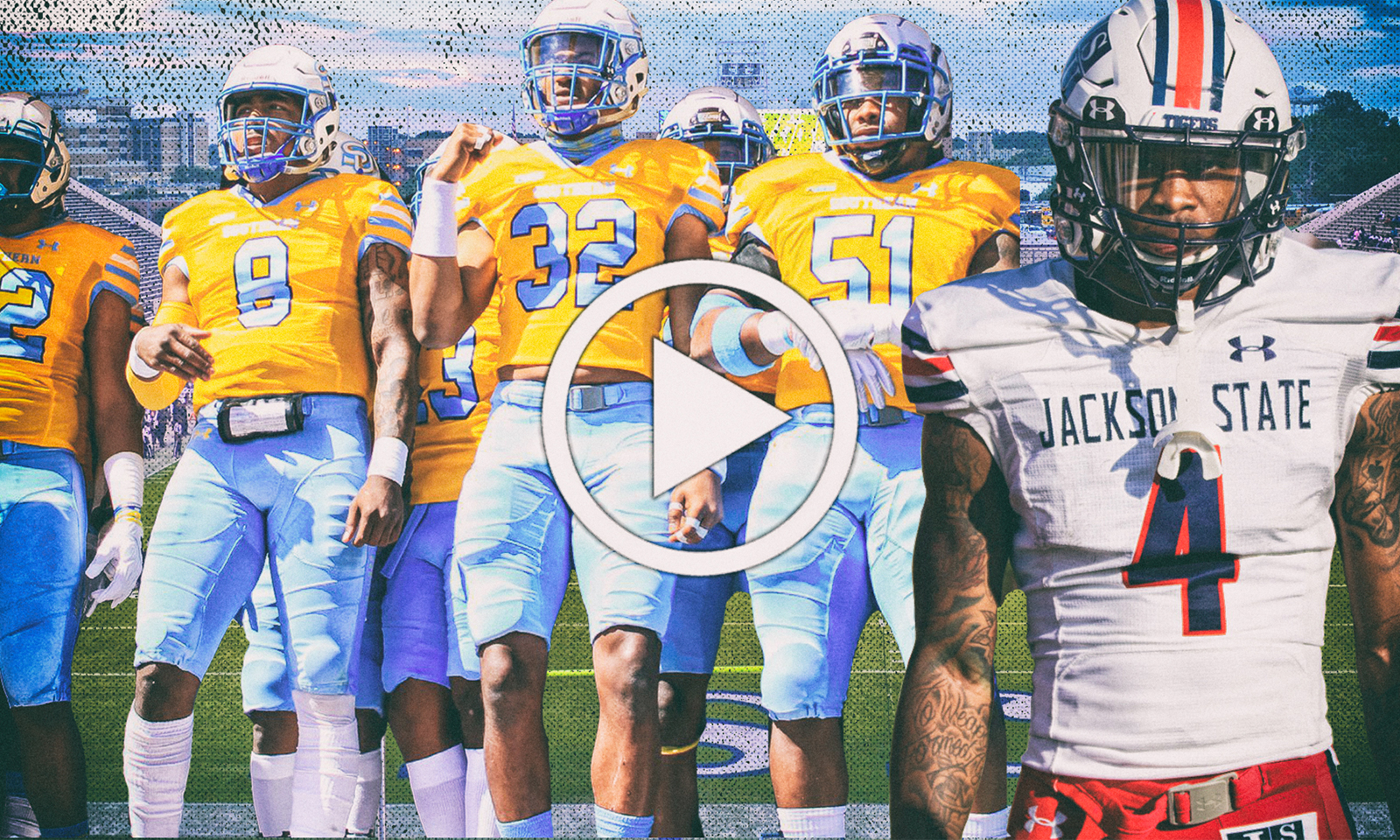 Even without it being a Boombox classic, Tigers vs Jags is sure to be must see TV.

Deion Sanders gets his first taste of a Jackson State vs Southern matchup as the Jags travel to Jackson, Mississippi on Saturday April 3rd to face Coach Prime and the JSU Tigers at 4pm CT on ESPN.

In the March 23rd article on HBCUGameday.com titled Deion Sanders, JSU to play on ESPN back-to-back Coach Prime is quoted as saying…

“That’s changing the game. And not just for Jackson State,” he said. “Every time we play on television and people want to see us, what does that do? That allows other teams, opposing coaches, everyone to be seen and heard. And get the notoriety that we all desire.”

During SWAC Media Day earlier this year, Dr. Charles McClleland revealed that he was pushing for the schools in his conference to get more prominent placement on the sports and entertainment network.

Southern passed for just 202 yards as a team, but threw four touchdown passes. Two came from Skelton, who completed 11 of 18 pass attempts for 174 yards. Lampley threw just two passes, both of which went for touchdowns.

Eight Jaguars caught passes overall, led by Ethan Howard. Howard caught two passes, both of them touchdowns from Skelton. The first was a 38-yarder early in the first quarter to help the Jags jump out to a 7-0 lead. The second was an 18-yarder that helped put SU up by three touchdowns.

Running back Jarod Sims was a shining star for Southern as well, running for two touchdowns and catching another from Lampley.

Southern University improved to 2-1 on the season.