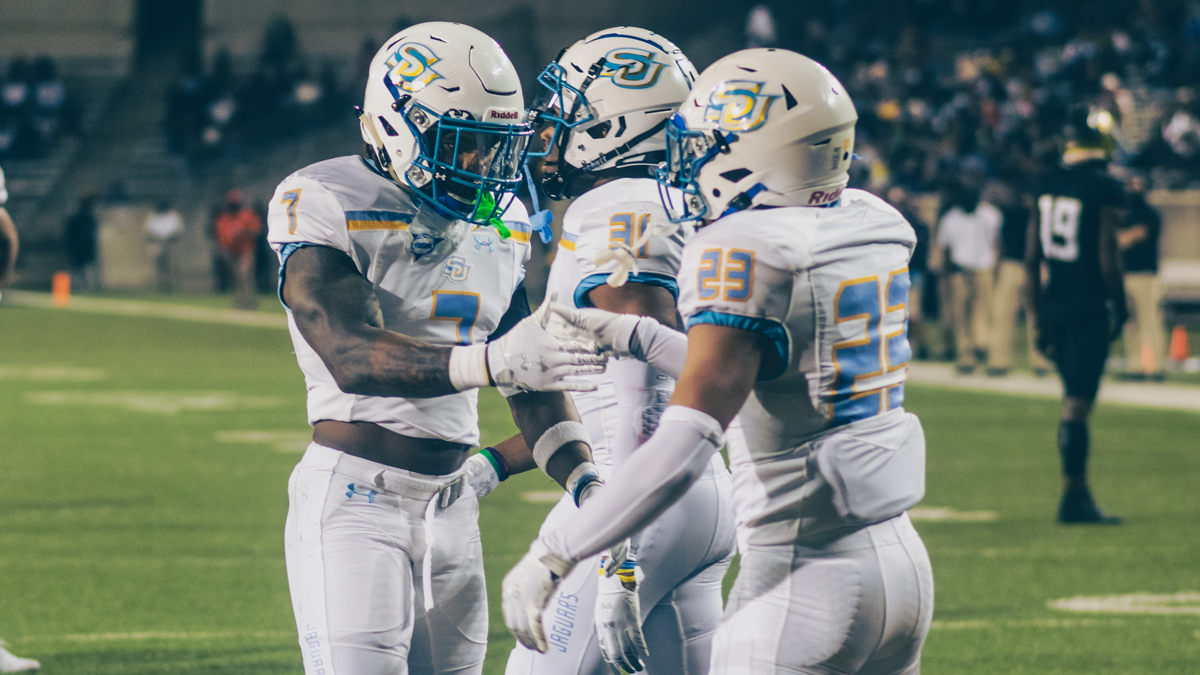 Southern University emerged from a two-week layoff ready to pounce on Texas Southern and extend its losing streak.

Maybe this two-quarterback system thing will work out for Southern University after all.

Southern returned from a two-week layoff to impose its will on Texas Southern in a 51-23 win in Houston. The passing game was a big part of the win for SU as both LaDarius Skelton and John Lampley played at quarterback, though Skelton took the majority of the snaps.

Following Southern’s loss to UAPB earlier this month, head coach Dawson Odums said both Skelton and Lampley would play. And both did.

Southern passed for just 202 yards as a team, but threw four touchdown passes. Two came from Skelton, who completed 11 of 18 pass attempts for 174 yards. Lampley threw just two passes, both of which went for touchdowns.

Eight Jaguars caught passes overall, led by Ethan Howard. Howard caught two passes, both of them touchdowns from Skelton. The first was a 38-yarder early in the first quarter to help the Jags jump out to a 7-0 lead. The second was an 18-yarder that helped put SU up by three touchdowns.

Running back Jarod Sims was a shining star for Southern as well, running for two touchdowns and catching another from Lampley.

Southern University improved to 2-1 on the season, while Texas Southern fell to 0-2 on the year. Texas Southern has now lost 16 games in a row dating back to the 2018 season.

SU will have next week off before heading to Mississippi to face Jackson State. Texas Southern will host Grambling in a matchup of teams looking for their first wins of the 2021 season.