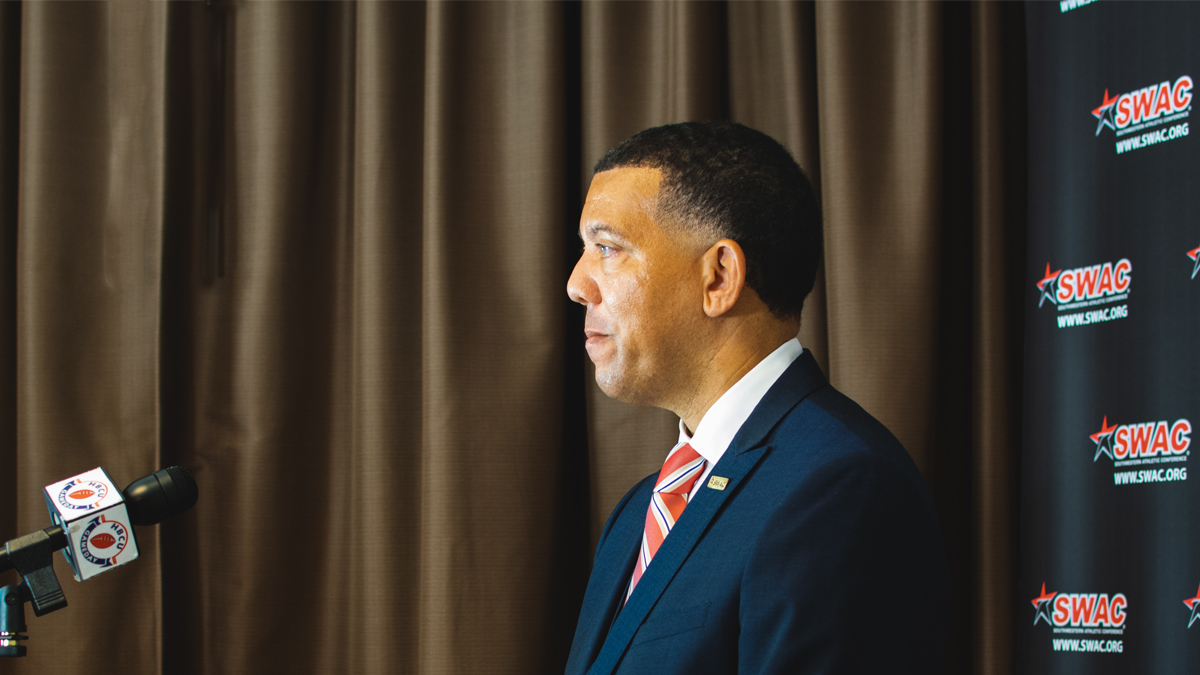 The SWAC Commissioner says that folks are going to have to give the conference what its worth. Including ESPN.

There’s a lot of excitement around SWAC football as 2021 takes shape. Between the addition of Florida A&M and Bethune-Cookman and the visibility being brought by Jackson State hiring Deion Sanders, 2020 was a transformative year.

Dr. Charles McClelland, the SWAC Commissioner, isn’t satisfied. He’s pushing for more. More money, more exposure and more brand growth. Television coverage is a big part of that push. Dr. McClleland told the media on Wednesday he’s had on-going talks with ESPN about what his brand could bring in spring football and beyond. That includes pushing to have games televised on the networks larger platforms such as ESPN, ESPN2 etc.

First of all, McClelland said he wants to take a look at expanding their coverage on ESPN. That includes working to persuade the network to work outside of the Thursday night framework for its SWAC games.

“The Thursday night games…it doesn’t really work for Southwestern Athletic Conference member institutions. We want to put our best games on television and, quite frankly, those best games are on Saturdays. Nobody’s gonna move one of their 40, 50 or 60k attended games on a Thursday night.”

McClelland stated that ESPN hasn’t given it a spring or fall football schedule yet, but sounded confident the SWAC would get more than in the past.