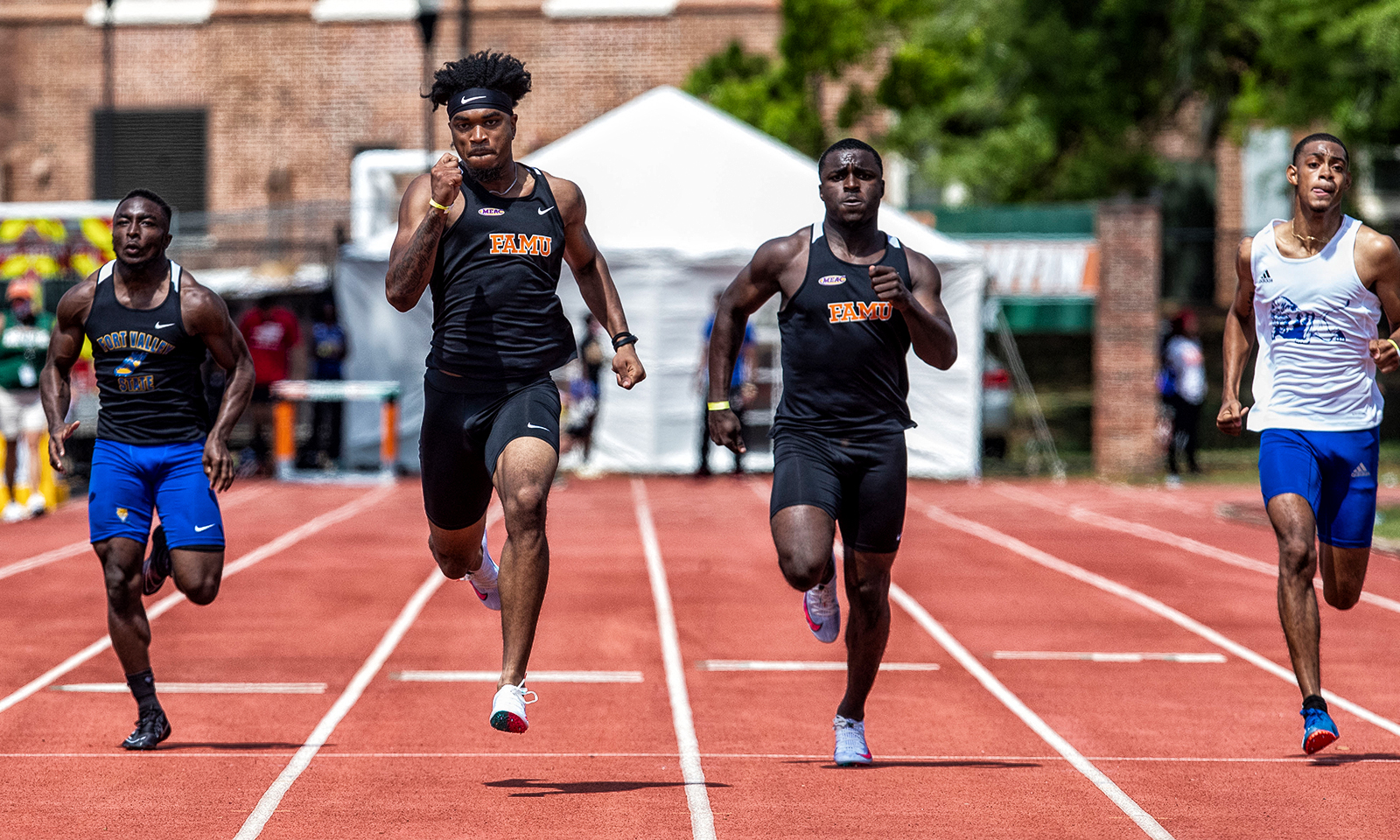 Photos and reports from a busy weekend on the Florida A&M campus as the FAMU relays made their return after a year off in 2020.

From Friday Mar. 26 to Sunday Mar. 28, the campus of Florida A&M was buzzing with activity.  The school hosted 11 events in the three-day span.  The highlight of the weekend was the return of the FAMU Relays at the Robert “Pete” Griffin Track.

After cancellation in 2020 due to the Covid-19 pandemic, FAMU VP and Director of Athletics Kortne Gosha felt the need to resume the meet even in reduced conditions.

“The FAMU Relays has a rich history and tradition.  We felt it was vital to rekindle that spirit on our campus.  Historic names like Bob Hayes, Reggie Davis, “China Doll” Parramore and Pam Oliver have all participated in the orange and green at the FAMU Relay,” Gosha said.  “Our student-athletes have worked hard and earned the opportunity to perform on their campus where their classmates and alumni could witness.  This tradition will continue to grow bigger and better annually.

FAMU football gets in scrimmage

The Rattler football team held their final spring scrimmage on Mar. 27 in Bragg Stadium before the session-ending Orange and Green game on Apr. 3 at 2PM.  The team went through several sessions, ending in a scrimmage with several highlights.  While the Rattler defense is showing strength and maturity, the Rattler offense is coming along under the direction of quarterback Rasean McKay.  Head coach Willie Simmons has not named McKay the starter, but he has seen a good portion of the snaps under the first string offense.  Simmons maintains that there is a battle for the starting job which is being contended by McKay, Kansas State transfer John Holcombe II, Cameron Sapp and LeJohn Howard.  Rattler faithful are interested to see who can step in for record-setting quarterback Ryan Stanley who completed his eligibility in 2019.

The Lady Rattler tennis squad fought to the end with the South Carolina State Lady Bulldogs, but fell in the end 4-3 at the Rattler Tennis Complex.   The Bulldogs, the perennial dominant force in the MEAC over the last decade, needed a win in the final set to overcome Nikki Houston’s Lady Rattlers.  The Bulldogs took the doubles point and split the singles matches to down the Lady Rattlers.  Reigning MEAC Player of the Week, Arielle Nealy, was successful in both her singles match against Lasya Patnaik (4-6, 6-2,10-8) and doubles match with Rachel Harden (6-4).

The FAMU baseball team swept North Carolina A&T for four games.  The Rattlers opened on Mar. 26 with a 4-1 victory before taking a doubleheader Mar. 27 (6-4, 4-3) and sealed the shutout on Mar. 28 scoring 12 runs to win 12-7.  The Rattlers, who are the reigning MEAC champions (2019) are beginning to hit stride after a grueling non-conference schedule.