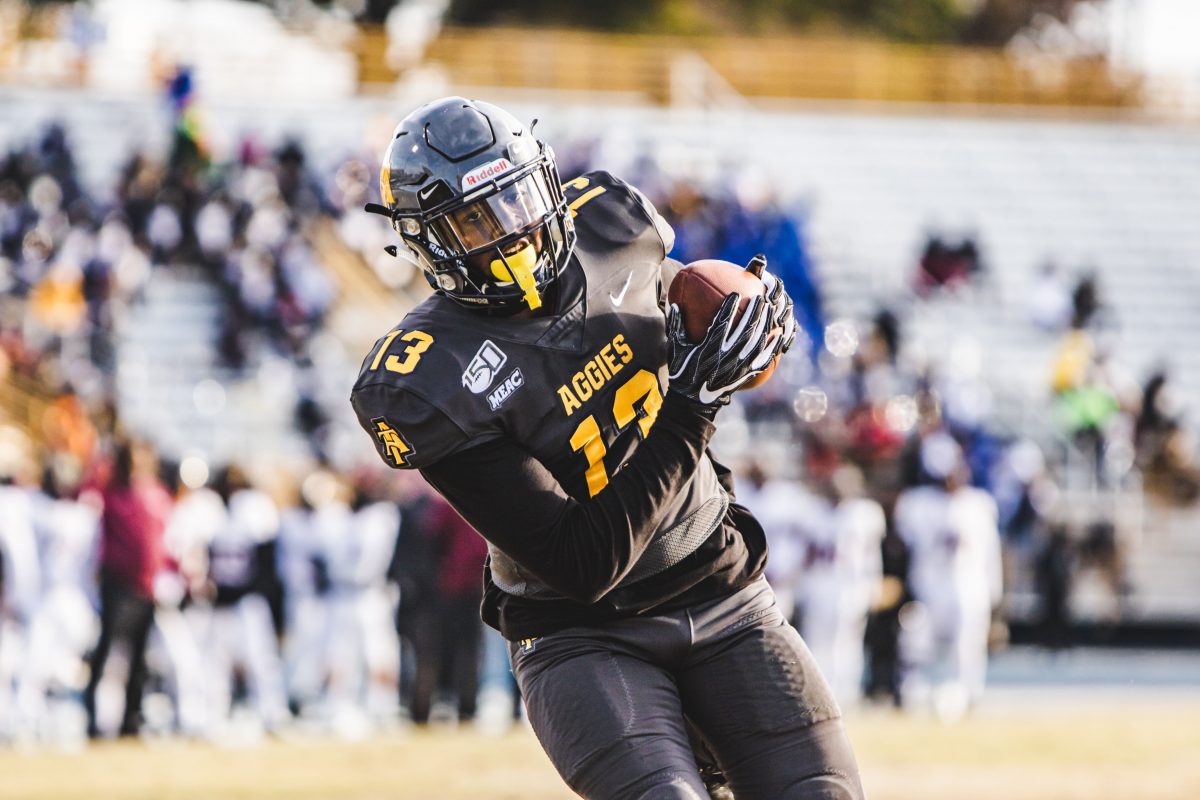 Hampton leaves open a Big South schedule, would NCAT be interested in filling the gap?

North Carolina A&T State University announced that it’s holding a special Athletics Conference Assessment Committee meeting on July 28. That meeting will be immediately followed by a special called meeting of the Board of Trustees. The agenda lists “Conference Recommendation” as a line item for the meeting.

Many HBCU sports fans haven’t paid attention to Board of Trustees meetings and announcements before until this year. The departures from the MEAC of NCAT, Florida A&M University and Bethune-Cookman University were all preceded by innocuous mentions of a special meeting, and then came the fireworks.

We do not know what will be specifically discussed on Tuesday. But clearly it has to do with athletics. A committee meeting followed by a gathering of the BOT usually signals something to be voted on. So let’s assume that there is a decision of some significance on the table for Tuesday.

Let’s also engage in a thought exercise that this decision centers around whether or not to play the 2020 football season as an independent.

There’s no question that NCAT was devastated when the MEAC announced that it was suspending fall sports for the 2020 season due to concerns over COVID-19. In fact, NCAT Director of Athletics Earl Hilton had not yet recovered from the cancellation of the basketball season. NCAT held a press conference even before the MEAC held its own and Hilton was visibly shaken by the news. He cried.

“These are not opportunities that will come again for many of these student-athletes,” Hilton said during a July 16 press conference. “I’ll be there you’ll be there but my seniors may not be. These are time-limited and they expire. It’s not something we can say let’s do it again next year and come back and we’ll be okay. I clearly haven’t recovered from canceling basketball in March or indoor/outdoor track yet, so I apologize.”

While Hilton is obviously concerned about the health of his student athletes, he’s also torn about the impact of a lost season for his players. For some it’s an abrupt end to a lifelong journey with no closure, and for a select few it could disrupt the potential of a pro career.

For sports like bowling, volleyball, and cross country their model and structure depend a lot on the direction of the conference and the NCAA. The scheduling and championship formula is a standardized process. But there is a level of autonomy in football. If the Aggies choose to take it, there was a door of opportunity left open by an old foe.

When Hampton University announced on July 13 that it would suspend all fall sports over COVID-19 concerns, it left a hole in the Big South football schedule. The Big South announced that it respected Hampton’s decision but it intends to go on with its season as planned.

North Carolina A&T could choose to play out the 2020 football season as an independent and potentially pick up Hampton’s abandoned schedule. The Aggies are scheduled to join the Big South in 2021 already, so it would be a back scratcher for both sides.

NCAT has eight MEAC games that have effectively been wiped out and picking up Hampton’s schedule would give it six games back. NCAT was scheduled to play out of conference games against Shaw, Liberty and North Dakota State.

The CIAA canceled its fall season along with the SIAC, but Miles College has maintained an interest in still playing. If the Golden Bears were to stack their deck, they could fill the place of Shaw on the A&T schedule.

Liberty University hasn’t shown any fear of continuing business as usual in the face of the Coronavirus. However, the viability of its schedule could be impacted because it is an FBS independent program. If all of the FBS programs on its schedule go to conference only restrictions, that could potentially douse the Flames.

The game that has garnered the most attention on NCAT’s schedule this year is the game at North Dakota State on Sept. 19. North Dakota State is the defending FCS National Champions, with eight total FCS titles to its name. The Bison are on a 37 game winning streak and ranked as the no. 1 team in the preseason for this upcoming year.

If NCAT were to beat NDSU on its home field, it would be an immeasurable boost to the program. It would also take the Aggies from being considered a premier HBCU program to a premiere FCS program. The Aggies are ranked no. 20 in this year’s preseason poll, but there’s a difference between being in the conversation and being “the conversation.”

North Dakota State plays in the Missouri Football Valley Conference, which has not indicated it plans on suspending the season. On Saturday the lead story on its website was Southern Illinois signing a game with Kansas. That game replaces a cancellation against Wisconsin.

The NCAA continues to kick the can down the road about making a decision regarding the fall season and the 22 NCAA championships. In a statement released on Friday, the NCAA announced it would continue to monitor health conditions around the country and continue discussions in August.

If the NCAA puts on an FCS football championship this fall the Aggies would be looking for one of the 14 at large bids. Some of the key factors of being selected at large include at least six Division I wins, your record against automatic qualifier conferences, and your record against FBS teams.

If the Aggies do put together a season, there would be a path to compete for a national championship. That’s an entirely different path than competing for a final MEAC title and Celebration Bowl championship.

This weekend this all still remains a hypothetical conversation for football fans. The North Carolina A&T Board of Trustees might be voting on something totally unrelated on Tuesday. If this is the case there will be plenty of discussion about the safety aspects of such a choice. HBCUs seem to be overwhelmingly supportive of not playing football this fall.

Conversely, the rest of college football continues to debate the matter. The Ivy League and the Colonial Athletic Association also decided not to sponsor fall sports in 2020.

The conjecture will end on Tuesday when another Board of Trustees meeting captures our attention. Zoom meetings prove to be the appointment entertainment of the summer once again.

HBCU Gameday left a voicemail with Hilton on Saturday afternoon for a comment on Tuesday’s meeting but our call wasn’t returned by the time of this publication.