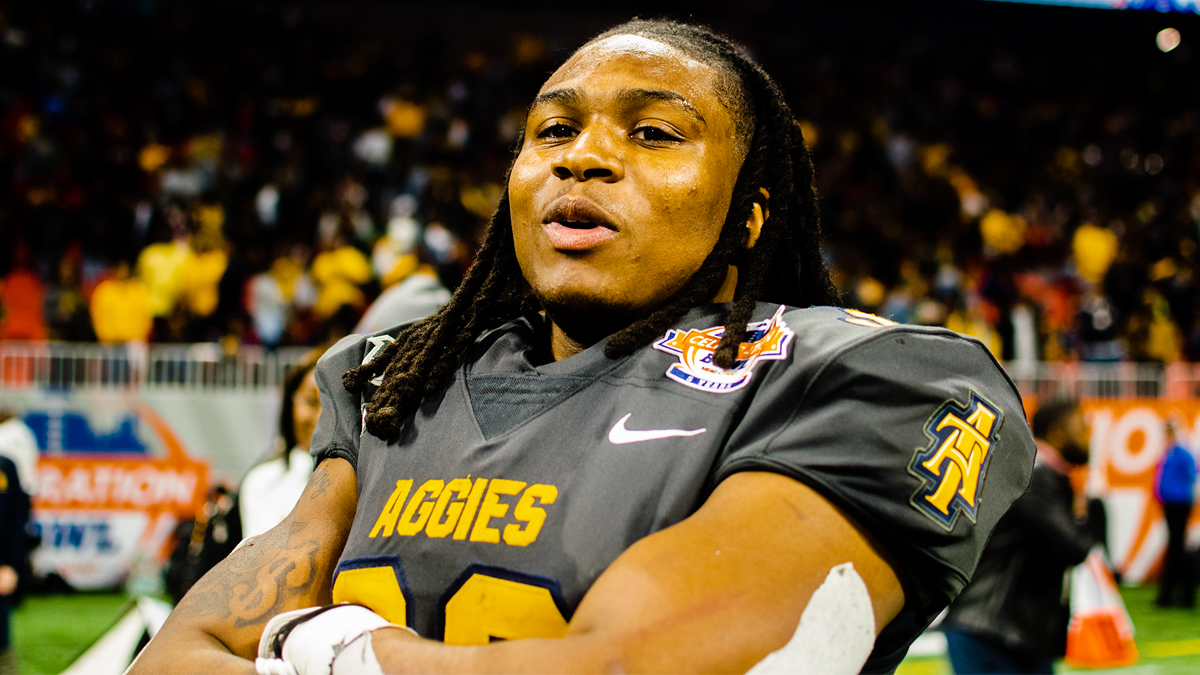 North Carolina A&T has undoubtedly put itself among the elite FCS programs in recent years.

The Aggies have won at least a share of five out of the last six MEAC titles; adding four Celebration Bowls in the process. Their 2020 football schedule reflects that they are ready to take on the ultimate power in the FCS.

A&T will take on North Dakota State, the three time defending FCS National Champions in a game scheduled back in 2018. That game and some other meaningful games are on the Aggies 2020 Football schedule.

The Aggies will start their season against D2 program Shaw, a former CIAA rival and mother institution of North Carolina A&T on September 5th. The next week, the Aggies will travel to Lynchburg, Virginia to face Liberty; a former FCS program that just rose to the FBS ranks in 2017. A&T has beaten at least one FBS team in three out of the past four seasons.

A&T will walk into the FargoDome in Fargo, North Dakota to face North Dakota State. NDSU has won the last three NCAA Division I-FCS national championships while the Aggies have won the last three HBCU national championships. These two programs have never faced each other but the stakes are high. There are debates about the legitimacy of A&T’s dynasty but it will have a shot at the kings of the FCS. This statement game is important.

“If you’re going to say you’re one of the best FCS programs in the country,” A&T head coach Sam Washington said, “you have to continually go out and prove it.”

The Aggies will host SC State for Homecoming on October 31st. N.C. A&T will host SCSU for Homecoming for the first time ever at BB&T Stadium. Despite the celebration atmosphere, this game will be key in the MEAC title race. And of course, the Aggies will finish their season against NC Central in Durham. The Aggies have outscored the Eagles 99-0 over the past two seasons. The 54-0 win in 2019 was the biggest blowout in the 91-game history of the series.