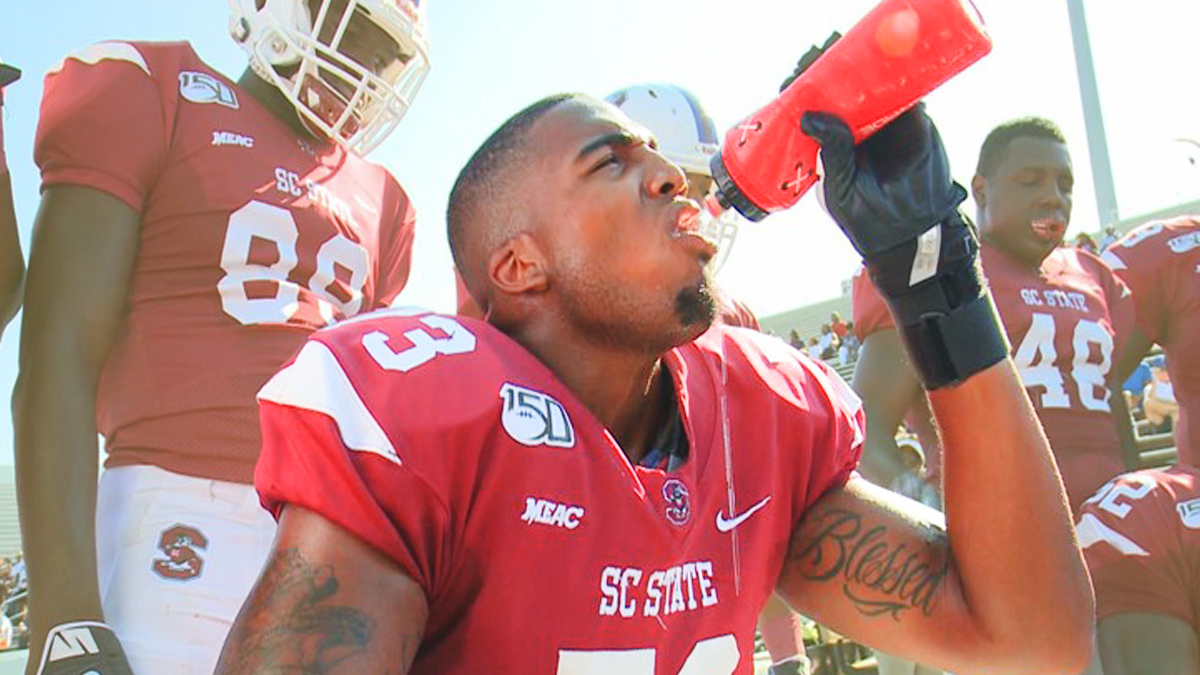 Two key MEAC players have entered the transfer portal late while another has declared early for the NFL Draft.

The decision by the MEAC to postponing fall athletics was intended to protect student-athletes and help save lives. It looks as though that decision may have ended up costing several programs some key players.

Three of the MEAC’s top players and pro prospects have decided to move on after the conference announced it was postponing football this fall.

Florida A&M offensive tackle Calvin Ashley announced on Friday that he will forgo his final season of eligibility to prepare for the NFL Draft. The 6’6, 335 pounder spent one season with FAMU after transferring from Auburn.

Ashley isn’t the only stud MEAC offensive tackle moving on. North Carolina A&T’s Dontae Keys announced he will be entering the transfer portal on Monday. The all-MEAC offensive lineman was a part of three-straight MEAC championship squads and Celebration Bowl winners.

Keys will be joined in the transfer portal by South Carolina State defensive tackle Roderick Perry. The 6’2, 300 pound lineman had 34 tackles, 14.5 tackles for loss, 4.5 sacks and forced a fumble in 2019. He’s drawn the attention of NFL scouts and will likely draw the attention of FBS schools looking for a talented D-lineman.

None of the student-athletes have directly stated that the conference’s decision to sit out Fall 2020 pushed their hands. But the fact that all three made their decisions in late July definitely seems to hint at it. While a spring football season would thrill many fans of HBCU football, it would also coincide with preparation for the NFL Draft.

One MEAC pro prospect who has stayed put is NC A&T running back Jah-Maine Martin. The 2019 Protect Your Skull/HBCU Gameday Offensive Player of the Year broke several of Tarik Cohen’s records as a junior. He’s got NFL size and speed, and the talent that many FBS programs would covet. However, as we reported on Saturday night, it isn’t 100 percent certain A&T won’t play in 2020.

It will be interesting to see if other HBCU stars decide to transfer to schools that are playing or follow Ashley’s lead.