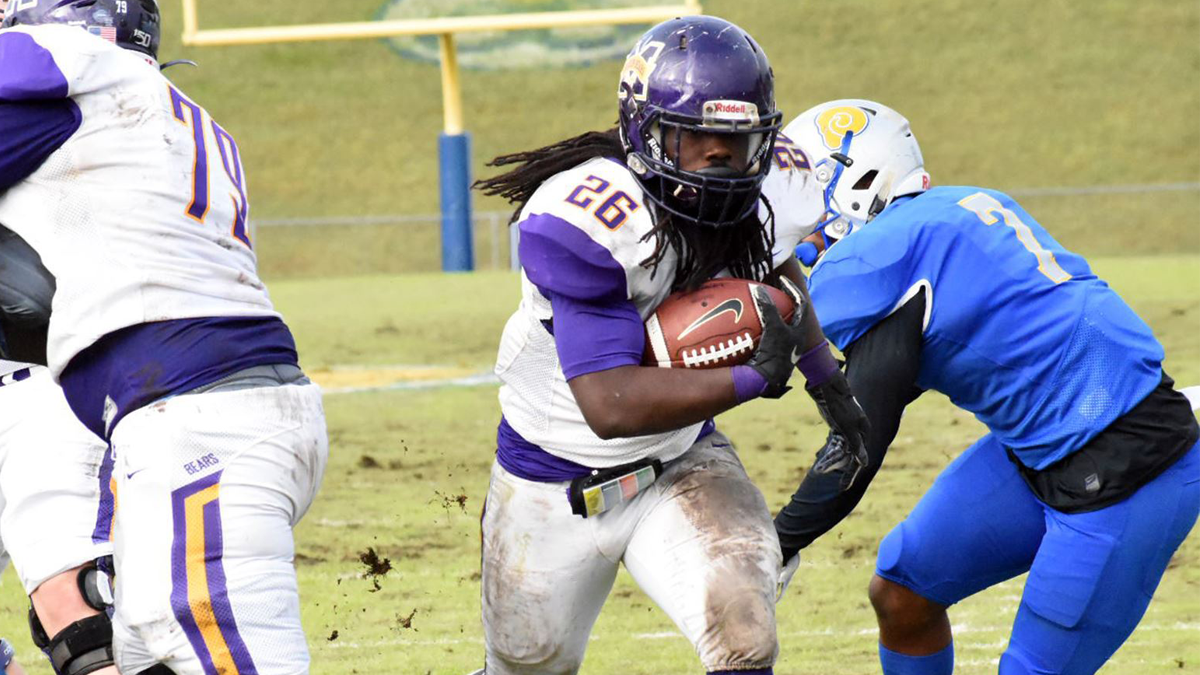 Miles College still open to the possibility of playing this fall

The Golden Bears are holding out hope their athletes can still play in 2020.

ATLANTA–About ninety minutes after the SIAC declared it would not sponsor sports or championships this fall, Miles College responded. A statement from the sports information office reveals the school is still open to the possibility of playing this fall.

The statement reads as follows:

“The Southern Intercollegiate Athletic Conference announced the suspension of sports and championships during the Fall 2020 semester. Miles College reaffirms its desire to allow its student-athletes to participate in intercollegiate athletics if at all possible.

Miles College’s commitment to the safety and well-being of all of its students, faculty and staff remains paramount. President Bobbie Knight, the Miles College Board of Trustees and the College’s leadership has stayed in constant communication with some of the best health experts, as well as local and state elected officials, during the COVID-19 pandemic.

Those consultations will help guide the decisions made in regards to how the College operates, including any further decisions regarding athletics.”

Consistent line of thought for Miles

This statement gels with the line of thinking that Miles has had on this issue all along. Right after Morehouse College announced that it would cancel its fall sports back in June, Miles College released this statement.

“Miles College President Bobbie Knight currently has no plans to cancel athletics in the fall due to COVID-19. We believe that athletics plays a major role in the collegiate experience and want to do our best to provide that to our students. During this pandemic, we have listened to the experts and made careful decisions to ensure the safety and well-being of all of our students, faculty, and staff. This is a fluid situation that President Knight, along with the Miles College Board of Trustees, is constantly monitoring. Like most institutions across the country, we will be prepared should it be necessary to shift direction.

Miles athletic director and head football coach Reginald Ruffin is having daily conversations with other athletic directors and the NCAA national office to keep Miles abreast of this evolving situation. While there exists the possibility that the season will look a lot different than it has in previous years, we believe that we will play and want to make sure that we are doing everything we can to keep our students safe and our institution well-positioned for any future developments.”

A schedule that would need filling

If Miles were to proceed with playing sports it would operate as an independent in 2020. However, there might be obvious holes in its schedule to fill as well. Let’s look at football as an example of how this could potentially play out. The 2020 football schedule only includes one game against a non-SIAC opponent, which is the September 12 game against Gulf South Conference member West Alabama. Edward Waters isn’t an official member of the SIAC but it is entering an exploratory period of joining the conference.

Miles and EWC were set to play on October 15. As of Thursday night, neither the Gulf South Conference nor Edward Waters had issued any statements on the upcoming season. I spoke to two SIAC coaches who were not completely sure what direction their programs might take moving forward. This remains a fluid situation and we will keep you up to date as the summer progresses.

Miles College still open to the possibility of playing this fall