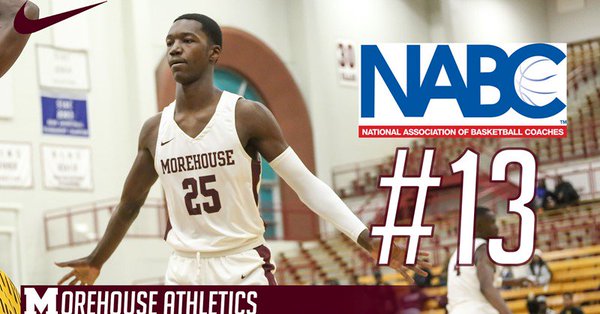 Multiple CIAA and SIAC teams are featured in the latest D2 rankings.

In recent D2 rankings and top-ten statistics for men’s and women’s hoops, several HBCU teams and athletes are ranked throughout multiple categories. Virginia Union has the most stat leaders for the CIAA and Morehouse represents the most for the SIAC.

Six schools are ranked for the CIAA. The Virginia Union women are nationally ranked, have a top-ten defense, and have respective players leading assists and points-per-game. The Bowie State women are still at the top of D2 hoops in defense and the men’s team has a top-ten leader in average rebounds. Winston-Salem State’s women have one of the leaders in assists-per-game, while the Chowan men have a top-five leader in the same category. Virginia State men remain nationally ranked and Shaw’s top-scorer in D2 hoops isn’t letting up on his reign anytime soon.

The SIAC has four representing schools in the rankings. Morehouse remains nationally ranked, has a top-ten defense and a player top-ten in rebounds-per-game in D2 men’s basketball. Benedict has two top-ten leaders in women’s hoops: one in points per-game and one in rebounds per-game. Tuskegee women have a top-ten leader in rebounds per-game and the men have a top-ten defense. Miles men and women close it out with respective top-ten ranked defenses.